The artist —and brave visitors—will jump into a frozen pool built into the gallery, evoking cleansing and spiritual rituals 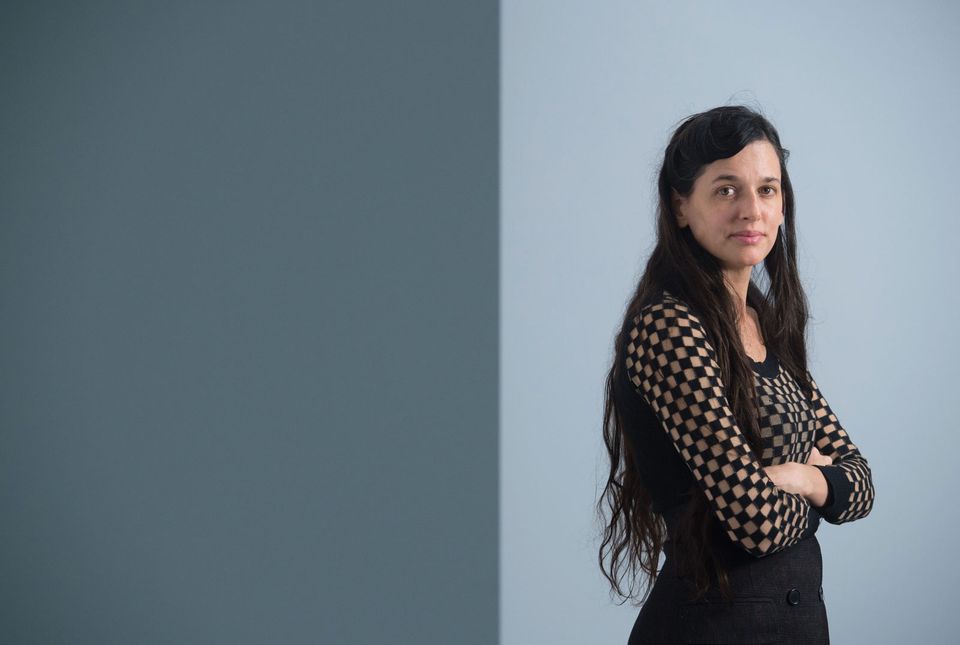 Enthusiasm, delight and “how are you going to do that?”: these are common reactions to Taryn Simon’s planned commission at the Massachusetts Museum of Contemporary Art (Mass Moca) in North Adams, says its curator, Allie Foradas.

A Cold Hole, the US artist’s new performance and installation, due to launch on 26 May as part of a major solo show (until March 2019), will plunge museum visitors into icy water. The piece evokes cleansing or spiritual rituals where people jump through a hole in a frozen lake. Unsurprisingly, no institution has attempted this before, though it is “the kind of challenge we get really excited about at Mass Moca”, Foradas says.

A smooth layer of ice will be laid on the floor of a 40ft-by-22ft space and covered with ice chips by Simon and her team, to resemble the uneven surface of a natural frozen lake. A square hole, 5ft by 5ft, will be cut 9ft-deep into the floor to create a plunge pool, filled with salt water and kept at around 40ºF (4ºC). More than 14 tonnes of ice and water will be used, requiring structural reinforcements in the basement below. Staging the project has so far involved around 100 museum staff and another 100 external consultants, including ice experts and local firefighters.

A Cold Hole invites members of the public—who must be capable swimmers, in good health and over 18 years old—to sign up in advance for cold plunges, held daily throughout the show’s run, at unannounced times. Simon and Foradas both plan to participate, and performers will also activate the installation.

The artist says the shock of the experience compares to birth, sudden death and sleep arrhythmia. “There is a mental blackout which arrests your ability to think,” she says. “I am interested in enabling that obliteration.” Participants will be alone in the space, which is chilled by the ice’s radiant cooling and lit to mimic winter daylight.

Visitors will watch the solitary spectacle from an adjacent darkened space through an 8ft-by-6ft aperture. The effect is that of a natural history museum diorama, but also a scene “frozen in time”, Foradas says, like a black-and-white photograph. The white walls and single dark spot of the hole and ladder will “suddenly become activated as people come through and participate in the plunge”.

Simon has reconfigured the building so the entrance to the viewing gallery is next to that of Assembled Audience, another new commission. It consists of a small room with a soundscape of applause, made up of isolated individuals recorded clapping during events at the three biggest venues in Columbus, Ohio, from a Katy Perry concert to a glass manufacturers’ conference. Applause from further events during the show’s run will be added to the mix. To the observers of A Cold Hole next door, the clapping will sound like rainfall.

Will Simon’s icy plunge pool travel? “If we can find an institution as crazy as Mass Moca to take it on, my hope is for it to engage with other landscapes and climates,” the artist says. 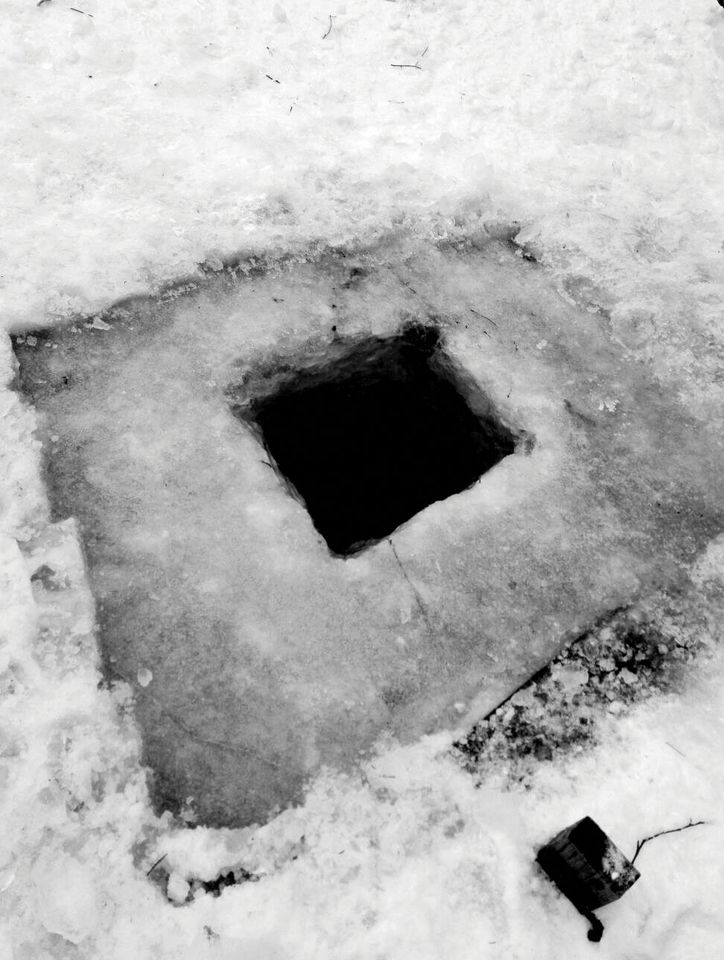 The new commission, A Cold Hole, is made of 14 tonnes of ice and water Courtesy of the artist, MASS MoCA and Matti Koivula
Appeared in The Art Newspaper, 301 May 2018
More NewsTopicsPerformance artMassachussetts Museum of Contemporary Art