The 2,000 year-old earth carving could be the oldest geoglyph ever found 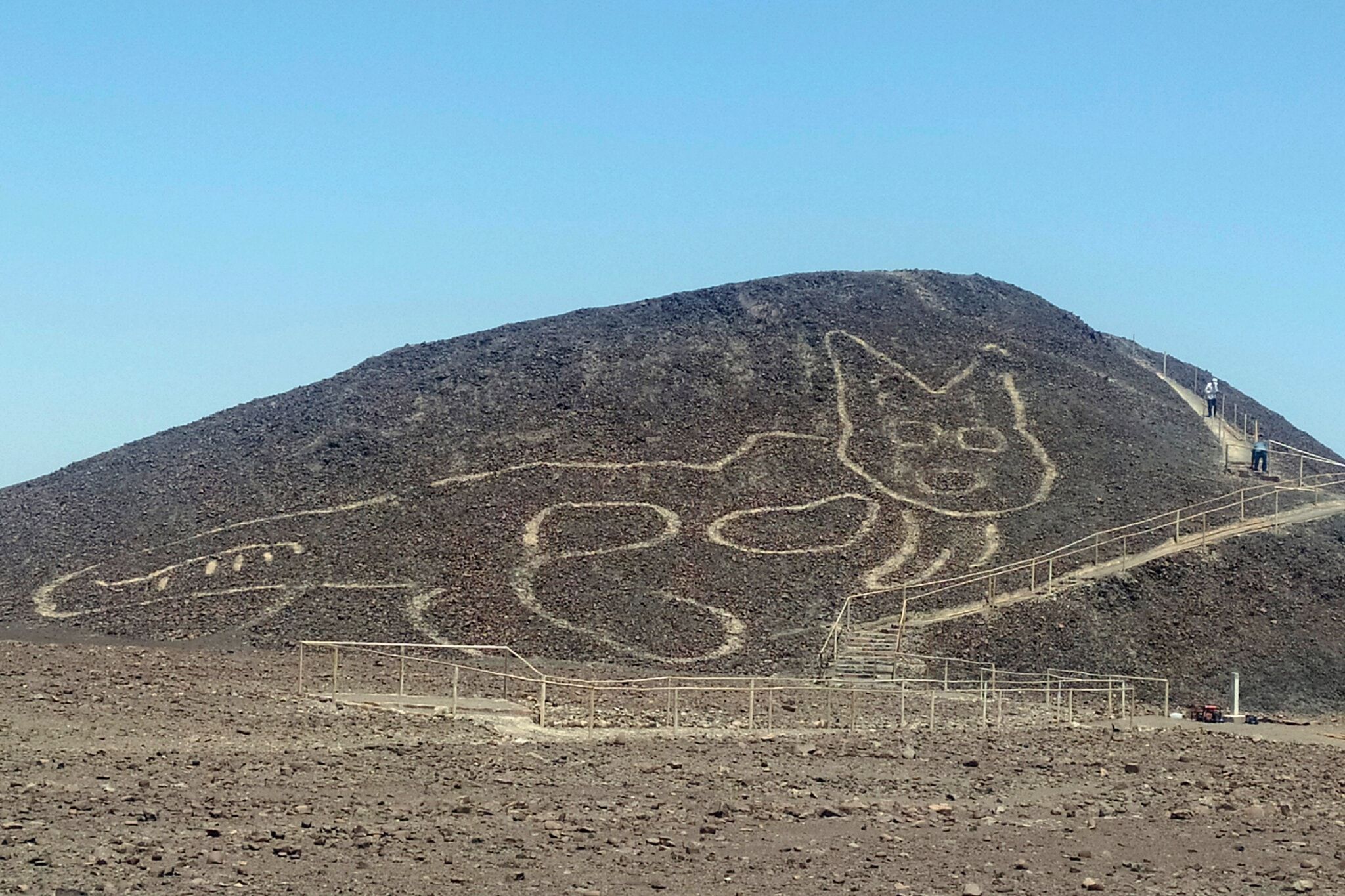 A photo released by the Peruvian government shows the figure of a feline on a hillside in Nazca, Peru, this month Photo: Johny Islas/Peru's Ministry of Culture-Nasca-Palpa

Archeologists working in Peru’s Nazca Lines, a Unesco World Heritage Site, have discovered a 120-foot long geoglyph that appears to depict a massive, lounging cat. Scientists believe the image of the gigantic feline, carved into a hillside, is over 2,000 years old, dating its creation to some time between 200 BCE and 100 BCE—making it potentially the oldest geoglyph ever unearthed at Nazca.

"The figure was barely visible and was about to disappear as a result of its location on a fairly steep slope and the effects of natural erosion," Peru’s cultural ministry said in a statement. "Representations of this type of feline are frequently found in the iconography of ceramics and textiles in the Paracas society.”

The Nazca Lines were first discovered in 1927, and prior to the newly-discovered feline, archaeologists had unearthed carvings depicting an orca whale, a hummingbird, and a monkey. It is believed that the images were made by ancient Peruvians who scraped away at the dark earth of the mountain, revealing the light sand underneath it. Researchers believe that such figures served at one point as wayposts for travellers and as sites to practice rituals.

“It’s quite striking that we’re still finding new figures,” Johny Isla, Peru’s chief archaeologist for the Nazca lines, told the Spanish news agency Efe, “but we also know that there are more to be found.”