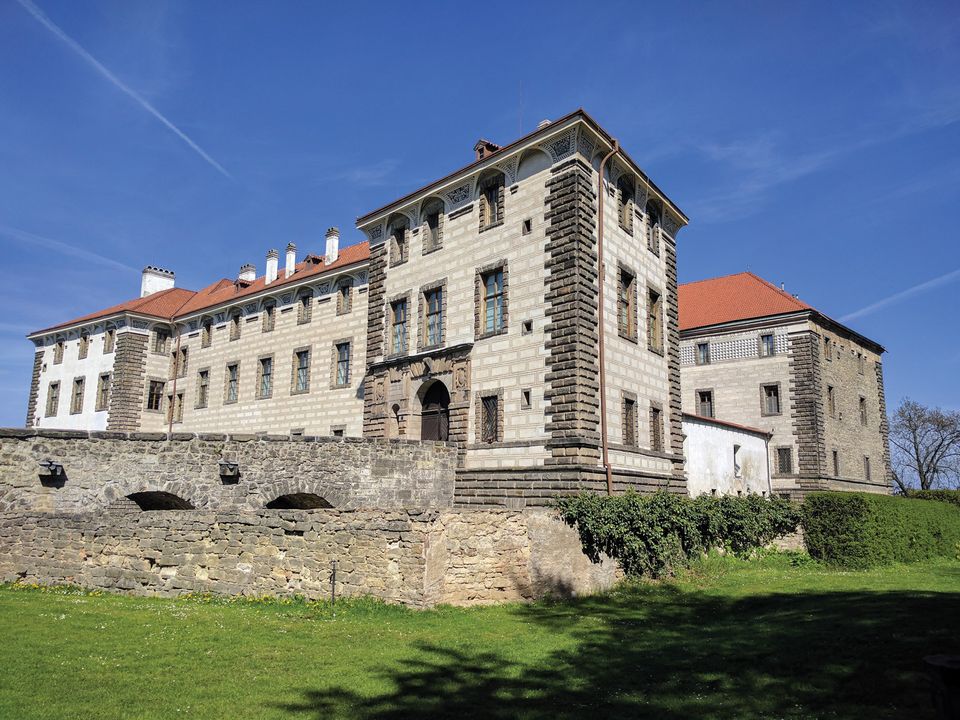 The London-based firm Wright & Wright Architects has unveiled a masterplan to restore and redevelop the 16th-century Nelahozeves castle near Prague, home to one of central Europe’s most important private collections.

The project, which won an international design competition in early 2017, will create a new archive and study centre for the Lobkowicz Collections. Amassed over centuries by the Lobkowicz family, these include around 1,500 paintings, with works by Velázquez, Rubens and Canaletto, as well as arms and armour, porcelain and musical instruments and manuscripts. The nearby Dvořák Birth House will also be renovated as an interactive museum dedicated to the Czech composer.

The castle has “enormous potential to become an international centre for the history and culture of Central Europe”, says William Lobkowicz in a statement. The family wants to “build on our role as enlightened patrons” by making its treasures “available to students, scholars and enthusiasts from all over the world”, he says. The budget and completion date of the scheme are undisclosed.