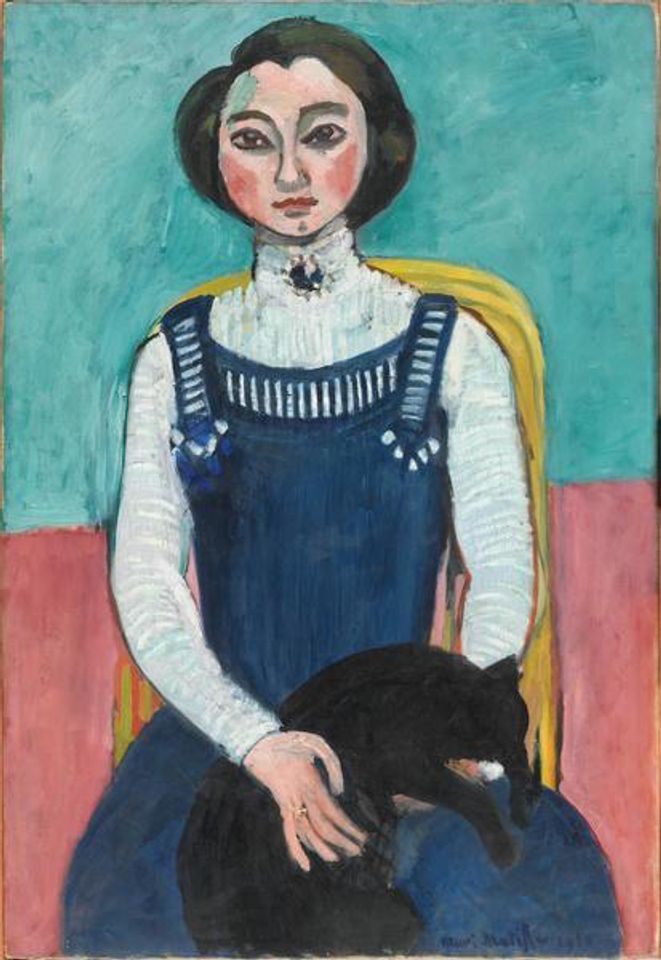 The largest exhibition dedicated to Henri Matisse since the epochal 1970 show at the Grand Palais in Paris will open at the Centre Pompidou this spring (13 May-31 August), marking what the museum describes as the 150th anniversary of the birth of the modernist master (Matisse was born however 31 December 1869).

The show, divided into nine “chapters”, will explore the “close relationship between text and image at the heart of Matisse’s art, offering a unique reading of his work”, the gallery says. Many works will be drawn from the Musée national d’art moderne at the Centre Pompidou including Tête blanche et rose (1914) which reflects Matisse’s Cubist innovations.

“In addition to this core covering Matisse's career in its entirety, there are exceptional loans from the two Matisse museums in France in Cateau-Cambrésis and Nice,” a statement says.

Other loans will come from the Musée de Grenoble. “The generosity of the artist’s family and private collectors makes it possible to show major works, some of which have not been seen in France since the great retrospective devoted to Matisse in 1970 at the Grand Palais,” the statement adds.

The text element underpins the exhibition. In 1947, Matisse produced Jazz, a book containing paper-cut collages (decoupage) alongside his philosophical musings and calligraphic notes. “The literary aspect took a new turn from the 1930s, when Matisse began work centred on the illustrated book of the Poems of Mallarmé, which feeds into certain iconic paintings of this period such as La Verdure (1935-1943, Nice, Matisse museum),” the gallery says.

A documentary chronicling Matisse’s travels is also due to be released early this year. Chasing Light, the Voyages of Matisse, co-produced by the Centre Pompidou and Paris-based Nocturnes Productions, explores how the artist’s voyages to Corsica, Algeria, Morocco and Polynesia shaped his vision.

The journey to Tahiti, made at the age of 60 in 1930, is particularly significant as it inspired the famous cut-out pieces, made from painted paper using just a pair of scissors. Tahitian tapa, bark cloth decorated with geometric designs, and bedspreads known as tifaifai, fuelled this aspect of his art. “The light of the Pacific is a deep cup of gold into which we gave,” the artist said. “There is too much to see… sometimes I feel my stay in Tahiti has rekindled my imagination.”