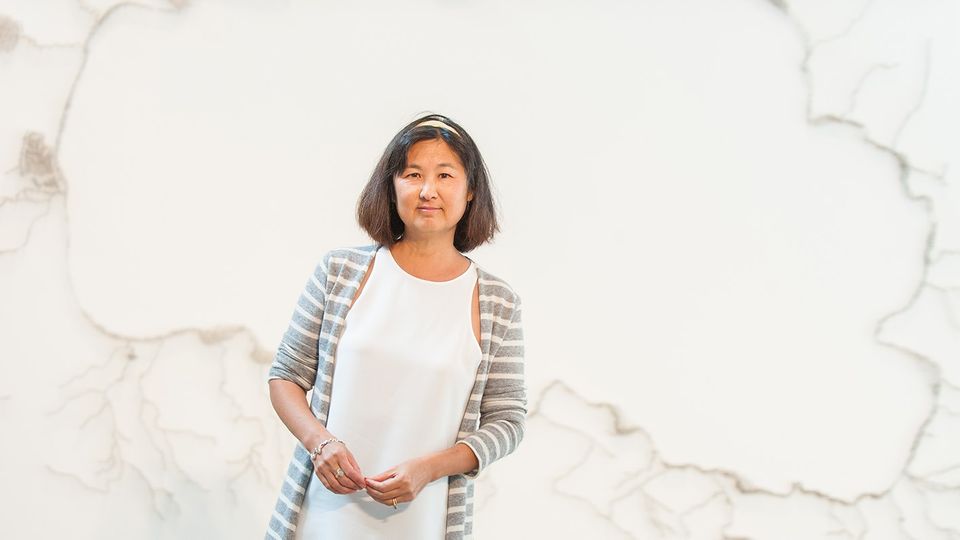 Yesterday, construction workers began dismantling Maya Lin’s Eclipsed Time clock inside Pennsylvania Station, as New York's labyrinthian transit hub undergoes renovations. A spokesperson for the Metropolitan Transportation Authority’s Arts for Transit programme says that the sculpture’s removal should be completed by the end of this week.

Eclipsed Time has occupied a corridor near the Long Island Rail Road terminal for nearly 25 years. When it was originally installed in 1994, the artist told The New York Times that she hoped it would provide a mental pause for commuters caught in the urban rush. “Maybe it will let people slow down a little and not worry so much,” she said. The sculpture’s installation took nearly two months to install, according to the Times report, and cost $224,000. It has three layers, including a starry backfield, a frosted lower plate, and an aluminium disk in the middle meant to suggest lunar phases. The shadow cast from the contraption was supposed to complete its cycle every 24 hours.

I guess I've never looked up in Penn Station. Turns out there's a permanent Maya Lin installation here called Eclipsed Time. It's a clock that creates an eclipse at midnight every night.

But the indoor sundial has languished over the years, mummified by pigeon droppings. More than 225,000 straphangers pass Eclipsed Time every day, but few notice the important installation’s presence. (In 2015, the sculpture was cleaned and relit for a brief time.) Its presence is a surprise to most visitors, especially because of Lin’s immense reputation in the US for her design of the Vietnam Veterans Memorial in Washington. However, transit officials have said that the sculpture must go; it was located precisely where New York Governor Andrew Cuomo and MTA officials plan to install a new entrance to Penn Station, which will bring natural light back into the complex for the first time in 50 years. The construction work is part of a $600m plan to expand the station complex, which comes 25 years after Governor Mario Cuomo, the current governor’s father, opened a $190m expansion of the same space in the same year that Lin’s piece was installed. It's already too late to see Eclipsed Time (1994), which workers have already boarded up with plywood for the removal process Photo by Zachary Small

The MTA says that it has consulted the artist since the removal project began and has kept her informed of its progress. The entire piece will be disassembled and carefully stored by a subcontractor who specialises in handling works of art, according to one transportation official. There is no word where Eclipsed Time will ultimately end up, however. The artist has not responded to requests for comment on this story.

Earlier this week, the Madison Square Park Conservancy announced that Lin would create a new public art installation called Ghost Forest in June next year that will explore the death of woodlands because of climate change, sea-level rise, and saltwater infiltration.