The stelae, on loan from Guatemala, feature life-sized depictions of ancient Indigenous leaders 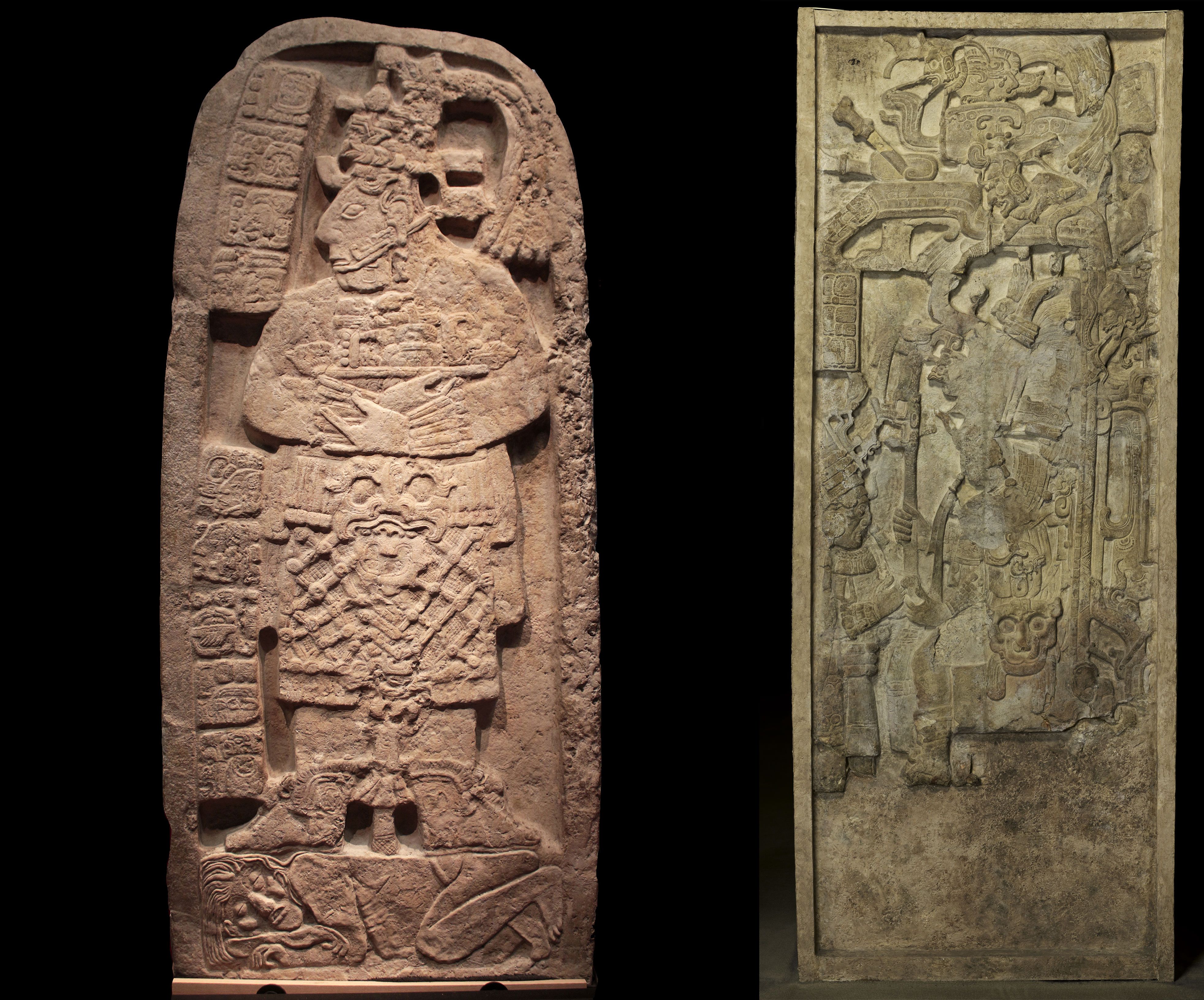 From left: Portrait of a queen regent trampling a captive (Stela 24) from Naranjo-Sa'al, Petén, and Portrait of a seated ruler receiving a noble (Stela 5) from Yok’ib, Piedras Negras, Guatemala Courtesy Ministry of Culture and Sports of Guatemala. © Archivo Digital MUNAE

New York’s Metropolitan Museum of Art announced today that it will be installing two eighth-century Maya stone monuments in its Great Hall, the museum’s massive entrance known for its Neo-Classical design and elaborate bouquets. The two stelae are long-term loans from the Republic of Guatemala, and both feature life-sized renderings of Indigenous leaders: one a king, K’inich Yo’nal Ahk II (around AD 664-729) and Ix Wak Jalam Chan (Lady Six Sky) (around AD 670s-741). The monuments will be installed on 2 September and remain on view until 2024, in anticipation of the Met’s forthcoming exhibition Lives of the Gods: Divinity in Maya Art, scheduled to open next fall.

“These stelae are ambassadors for one of the world’s great visual traditions,” says James Doyle, a curator at the museum, in a statement, “embodying layered cultural meanings and introducing the legacy and rich histories of two Indigenous leaders.”

The museum’s director Max Hollein adds: “This is a transformational moment for the Met's Great Hall: the ancient Hellenistic sculpture of the goddess Athena that has presided over the space leaves as Lady Six Sky, a queen from the ancient Americas, arrives to be prominently displayed alongside a life-sized representation of a second influential Indigenous American ruler.” The two stelae will take the place of the Statue of Athena, which has been on loan from the Pergamon Museum in Berlin since 2016. Another loan from Germany, a seated Egyptian statue believed to be a representation of the 12th-dynasty pharaoh Amenemhat II, which has presided over the Great Hall for a decade, will remain on the north side.

The installation of the Mayan objects also launches a series of special exhibitions and displays that will bring works from the ancient Americas, sub-Saharan Africa, and Oceania into the Met’s other galleries while the Michael C. Rockefeller Wing is closed for renovation. As part of the loan agreement, the Met’s conservation team will also help treat two additional works from Guatemala, a stone throne and a panel from Piedras Negras, one of the Maya's largest urban centres on the eastern banks of the Usumacinta River.

"Guatemala is a country with a cultural wealth of more than 3,000 years of history,” Felipe Aguilar, the country’s Minister of Culture and Sports, said in a statement. The Republic of Guatemala is celebrating its bicentennial of independence from Spain in 2021, and the minister added that he sees the country’s cultural heritage becoming “an engine of economic development for all Guatemalans."