Oksana Zhnikrup is the figurine maker whose Soviet-era work was copied under licence, but not initially acknowledged, by the US artist

When a 45-ft high inflatable sculpture by Jeff Koons first went on display at Rockefeller Center in New York on 12 May, the artist’s gallery, Gagosian, revealed only that the artist based Seated Ballerina (2017) “on a small porcelain figurine”. But the maker of the original ceramic piece was quickly revealed online: the Ukrainian artist Oksana Zhnikrup, who created dozens of statuettes for mass production in the Soviet Union.

After widespread accusations of cultural appropriation and an enquiry by The Art Newspaper, Koons’s studio released a statement to us on 25 May acknowledging Oksana Zhnikrup and further revealing that Koons has a licence to use her work. 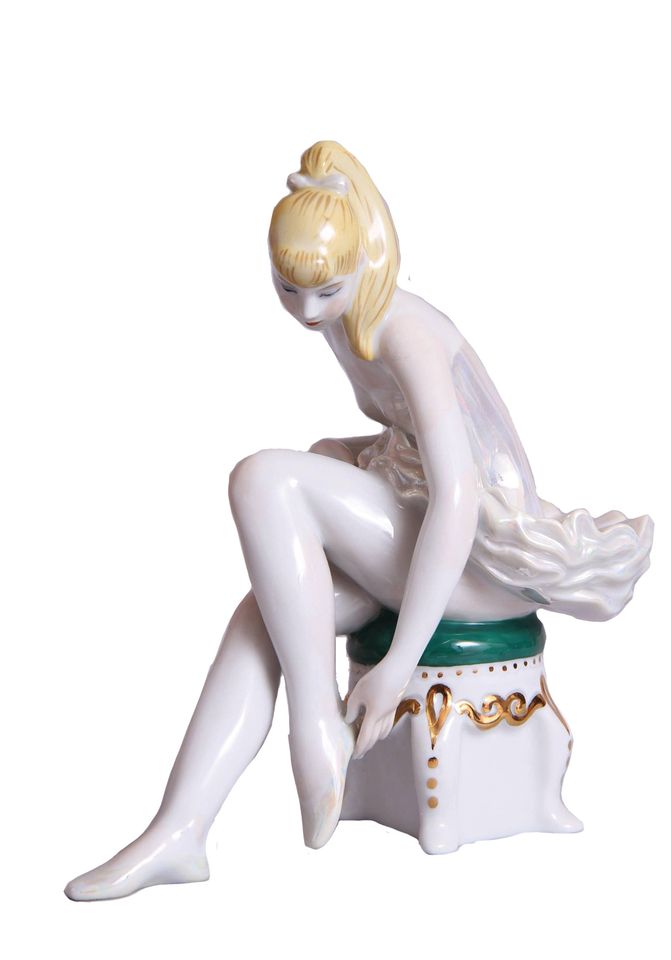 Zhnikrup’s grandson, Maxim Lozovoy, told Ukrainian media that representatives of Koons acquired rights to two works in September 2010. One is the inspiration for Seated Ballerina; the other is the statuette on which Koons’s Ballerinas (2010-14) is based (showing a crouching dancer tying the laces of another; an edition is currently on display at the Gagosian Gallery in Beverly Hills). Koons’s studio and Gagosian both declined to provide further details.

Elena Korus, a Ukrainian art historian based in Kiev who is writing a book on Zhnikrup, told us that Koons also bought rights from the heirs of the Kiev Experimental Art Ceramics Factory, which shut down in 2006. (Koons’s studio declined to confirm this.) Zhnikrup and her ex-husband, Vladislav Shcherbina, Ukraine’s most famous ceramics artist in the Soviet era, both worked at the factory for decades. Once works went into mass production, “the rights no longer belonged to the artist” but passed to the factory, Korus says.

Oksana Zhnikrup was born in 1931 in Chita, Siberia, to Ukrainian parents; her grandfather had moved to Siberia before the Revolution to build railroads. Her mother was an actress, her father a civil servant who was executed in 1937 under dictator Joseph Stalin after being accused of being a spy. Zhnikrup was not permitted to study in Kiev because of her family background and instead went to art school in Odessa, where she met Shcherbina. Their marriage was short-lived but they worked together for years at the Kiev factory. The works they produced had to comply with Soviet rules on artistic production; approved themes included the military and the glorification of labour.

Koons’s Seated Ballerina is based on a work called Lenochka—an affectionate diminutive of the name Elena—by Zhnikrup. Her other statuettes ranged in subject matter from literary characters, including the Russian and Ukrainian writer Nikolai Gogol and the Danish author Hans Christian Andersen, to ideological depictions of teachers and peasants.

After Shcherbina and Zhnikrup divorced, he married Tamara Ostrovskaya, who also worked at the Kiev factory. Speaking to The Art Newspaper, Ostrovskaya, 74, said that making the figurines was a labour-intensive process. The statuettes had to “go through four firings”, she says. “It is very expensive.”

When the Kiev Experimental Art Ceramics Factory closed down in 2006, Koons’s agents asked to buy the rights to the works produced there by Zhnikrup, Korus says. Zhnikrup’s heirs were asked to sign documents confirming that they were not against this transfer of rights. She says: “Of course they weren’t against it…there was no longer any factory and this art had been forgotten.” 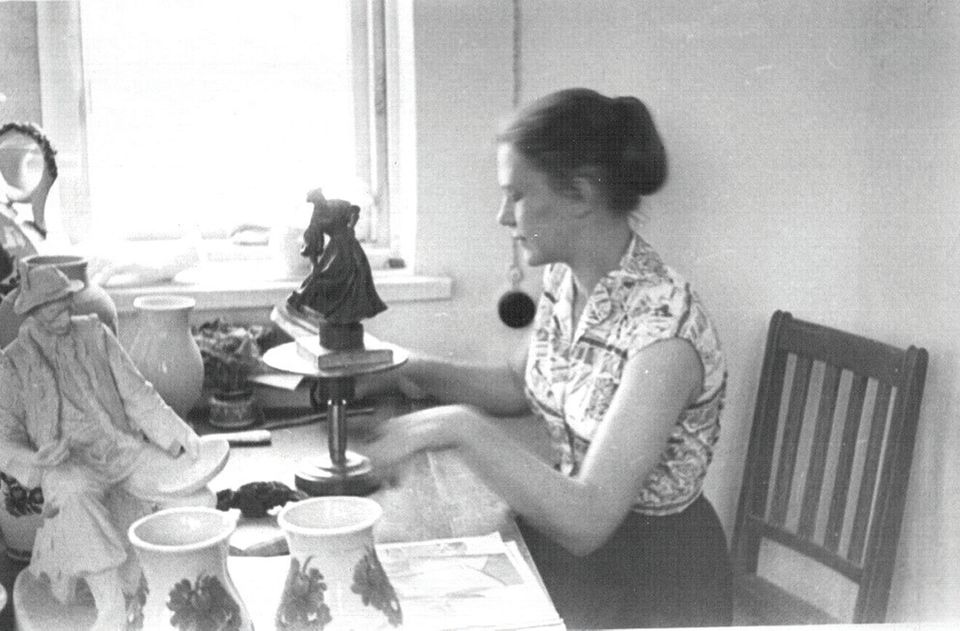 Now its value has skyrocketed. The Petrodvorets Watch Factory, which makes the celebrated Raketa brand worn by Soviet cosmonauts, has jumped on the bandwagon. In June, the company opened an exhibition of Zhnikrup’s ballerina porcelain figures at its Moscow store as part of a promotion for its new line of Ballerina watches, designed by the Bolshoi Ballet soloist Anna Tikhomirova. The show is scheduled to travel to its factory museum in Peterhof in September and then in October to Paris, where Raketa recently opened a branch.

Raketa is also selling Zhnikrup’s statuettes on its website at astronomical prices, promoting them as the “originals” behind Koons’s works. Lenochka is on offer for up to €500,000.

Ballet dancers on parade Jeff Koons has produced versions of Seated Ballerina since 2010. One 7ft-tall stainless steel edition is on permanent display at Oceana Bal Harbour, a residential complex near Miami Beach, developed by the Argentinian businessman Eduardo Costantini. This edition of Seated Ballerina was first shown at Malba in Buenos Aires, the museum set up by Costantini, in 2016.

Meanwhile, a show of works by Koons at Gagosian Gallery in Beverly Hills (until 18 August) includes another stainless steel version of Seated Ballerina as well as another work, Ballerinas (2010-14), inspired by an original figurine by Oksana Zhnikrup.