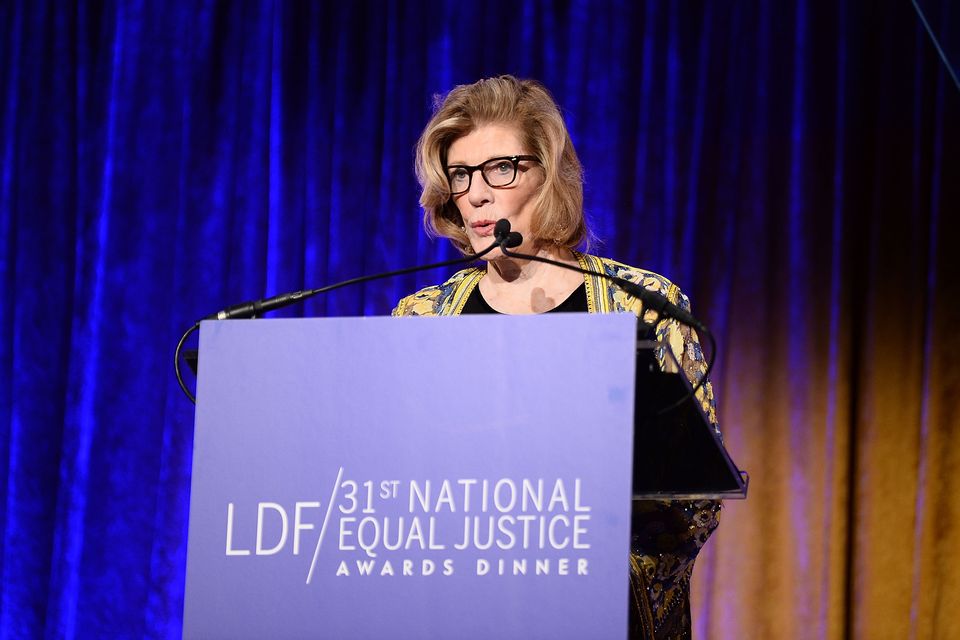 It has been a little over one year since Agnes Gund sold Roy Lichtenstein’s 1962 work Masterpiece for $165m to launch the Art for Justice Fund with the aim of reforming the US prison system. The fund has already awarded $22m in grants to 30 organisations, with another round due to be announced later this spring.

“I didn’t used to sell anything, but then I was interested in doing philanthropic things,” Gund told us in a recent interview. When Gund bought her first major piece after her father died in 1966—a Henry Moore from New York dealer Sidney Janis—she says she “started to have nightmares about it because I thought, ‘How could I be spending this money?’ And that was when I decided that I would give works of art to different museums. So, it was sort of to assuage the guilt of buying something that at the time was very expensive, but which now seems like nothing, because the prices have skyrocketed.”

As her involvement in social causes grew, she would “ask to do something and then think, ‘Oh my gosh, how am I going to pay for it?’” Fortunately, she is not undertaking this current endeavor alone. Other collectors, including Jo Carole Lauder, Daniel Loeb and Donald Marron, have followed Gund’s example and sold works or made cash donations to the Art for Justice Fund, with the goal of matching her $100m seed gift.

I would ask to do something and then think, ‘Oh my gosh, how am I going to pay for it?'

Through research from the Ford Foundation, which helps manage the fund with Rockefeller Philanthropy Advisors, they have supported organisations around the country that work directly with current and former prisoners and help effect policy change. “And I think that’s what we want, is some change,” Gund said when the first round of grants was announced in November.

While it might be too soon to start looking for results, Gund’s action preceded moves from policy makers to tackle injustice. On Wednesday (14 February), for example, both New York city and state politicians announced plans to move up the closure of the Rikers Island prison complex, due to widespread reports of abuse, corruption and neglect. This has been a goal for many activists groups, including the Katal Center for Health, Equity, and Justice, which received a grant from the Art for Justice fund.

The initial round of grants focused mainly on issues such as bail and sentencing reform, as well as education and training programmes that help prisoners return to their communities. One thing Gund says she came to realise is how unfairly people of colour are treated by the justice system. “There have been really good articles showing that if you take a white man that’s in prison for, say, stealing from a store, and he has the same record, the same number of years incarcerated, the same good behaviour as a black man that’s done the exact same thing, the white person gets paroled sooner,” she says.

And despite an arguably wrongheaded approach from hardliners such as the US attorney general, Jeff Sessions, who has pushed for mandatory minimum sentences for drug crimes, Gund sees progress being made through programmes such as Californians for Safety and Justice. That group has sponsored propositions on state ballots that have lowered the prison population and aim to reduce reoffending rates. 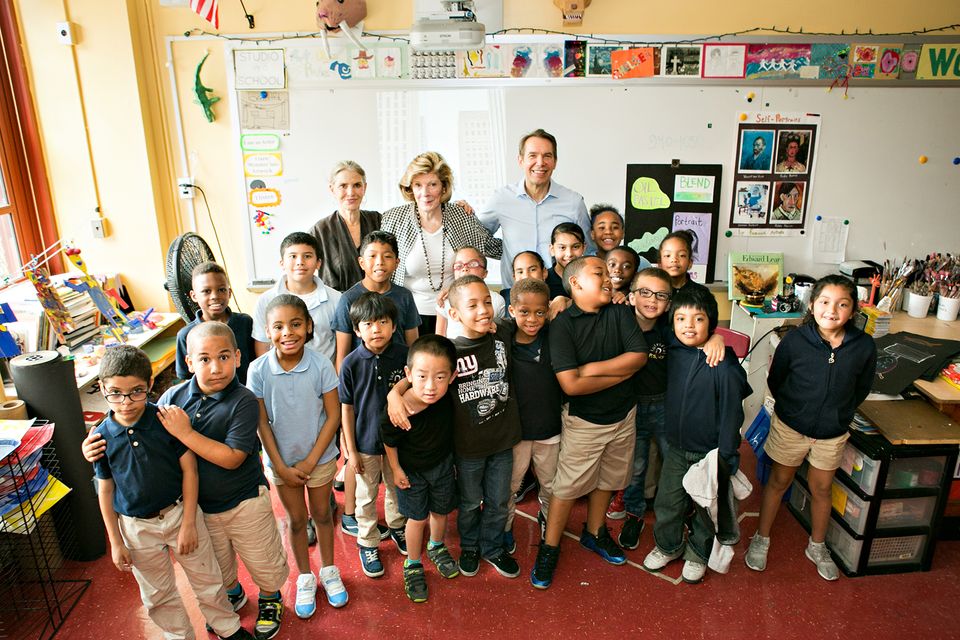 Studio In A School artist-instructor Suzanne Stroebe with Agnes Gund, visiting artist Jeff Koons and students at PS145 on the Upper West Side Mindy Best

Social justice is not the first cause Gund has supported. Her non-profit organisation Studio in a School, which she started in response to cuts in arts education during the 1970s New York financial crisis, just celebrated its 40th anniversary. The programme not only brings high-profile artists such as Jeff Koons, Julie Mehretu, Ursula von Rydingsvard and Mark di Suvero to visit public schools, it also provides instructors and supplies for art classes from pre-kindergarten to high school.

“When people say that art is just a frill and just an extra, it really isn’t the way we teach it,” Gund says. The children are encouraged to talk about the work they create and discuss ideas for projects with each other, she says. She also points to studies that show how students at schools offering music, theatre, dance or visual arts classes do better in other subjects. That is why Studio in a School has a strong focus on early education, including pre-kindergarten and elementary programmes.

“It’s like learning a language: you do it best at an early age. Or like skiing,” Gund says in her characteristically practical way. “I was not taught to ski until I had a crush on a guy who took me skiing. We had gone up on this advanced slope and he said, ‘Just try to snow plough and head down.’ Well, I bounced down on my bottom the whole way.”