Meet the man at the centre of the Cranach mystery

Hardly anyone in the art world had ever heard of Giulano Ruffini. Until now. Born in France to a family of Italian immigrants, Ruffini, 71, says he once owned paintings that were subsequently sold for millions by dealers and auction houses in London, Paris, New York or Milan. One of them is the Venus with a Veil (1531) attributed to Lucas Cranach. It was seized at an exhibition in the south of France on 1 March, on suspicion that it is a forgery. 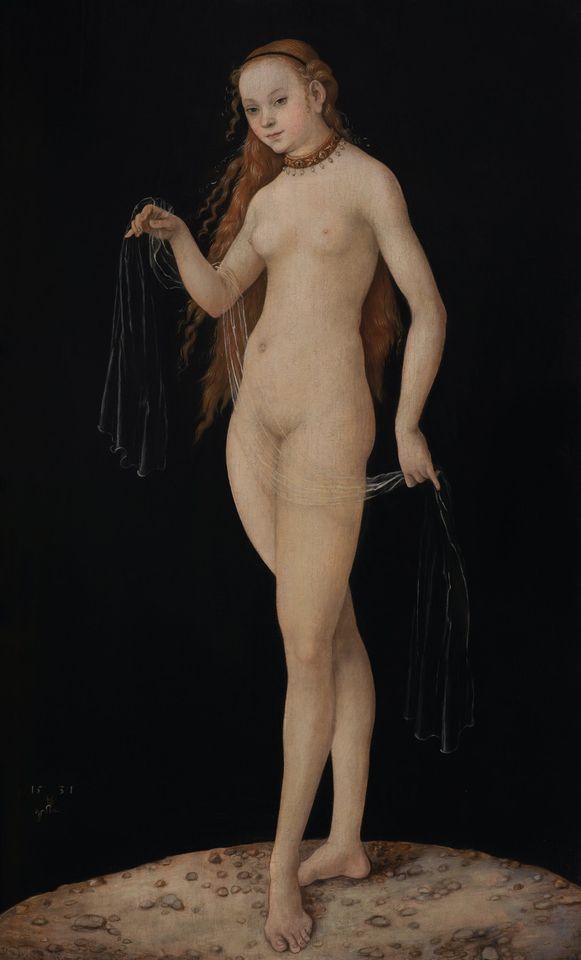 The panel, sold by Colnaghi gallery in London in 2013 for €7m to the Prince of Liechtenstein, is now under examination by the Centre de Recherche et de Restauration des Musées de France at the Musée du Louvre, where it can be studied alongside Cranach’s Three Graces, which was acquired by the Louvre in 2011 and bears the same date. The centre’s verdict should be provided soon to the judge.

Ruffini, who declined to be photographed, agreed to meet in April in the presence of his attorneys, François Gibault and Philippe Scarzella. They insist “he has not been questioned” in the criminal investigation and that he is innocent of any wrongdoing. Officers from the French art trafficking brigade and the Italian police raided his estate, near Parma, at the end of April. He also acknowledges that he is under investigation by the Italy’s Guardia di Finanza for his deals on works of art. But Scarzella says “a previous raid by the Guardia in February was annulled by the court of Reggio di Emilia”, and his client will ask for the return of the paintings and documentation, which were seized at the request of the French judge. “The truth is, as far as we know, none of the paintings owned by him are said to be forgeries,” Scarzella says.

The Cranach is not the only painting to have been sold by Ruffini. He told us that he was the former owner of two other paintings sold by the London dealer Mark Weiss: David Contemplating the Head of Goliath, on lapis lazuli, bought by a British collector as an Orazio Gentileschi, and a portrait sold as a Frans Hals to a collector in Seattle. He also indicates he owns a portrait of Cardinal Borgia after Velazquez, which was consigned for a while to Colnaghi, in 2013.

Ruffini said that he was also lucky enough to find paintings that could have been done by Jan or Pieter Brueghel, Van Dyck, Correggio, Bronzino, Parmigianino, Solario, Van Bassen, Grimmer, Coorte and others. They were all put on sale. Indeed, several were then authenticated as genuine works by these artists and some were even exhibited in museums around the world. But Ruffini insists he never presented a single painting as the real thing. “I am a collector, not an expert,” he says.

An “insane” situation Konrad Bernheimer, from Colnaghi, and Mark Weiss firmly believe they sold genuine works. However, The Art Newspaper learned from Christie’s that it had declined to sell the Cranach as well as the Gentileschi and the Hals, because of doubts raised about their provenance and authenticity.

Weiss dubs the whole affair as “insane”, and points out that the Gentileschi, which he bought for €3.4m, “went through a show at the Maillol Museum in Paris before being recently exhibited by the National Gallery in London”. He added that the Hals, which he bought for €3m in 2010, is “one of the most sublime works he has ever seen”. He says that the Louvre tried to purchase it in 2008 “after it had been studied by its laboratory”. The museum was not able to raise the €5m asking price, which was based on a first estimate “provided by Christie’s, in agreement with the Louvre”, Ruffini says.

Konrad Bernheimer told us: “He was never aware of these doubts on the Cranach.” The Art Newspaper has had access to a series of reports commissioned by Christie’s on the panel at the end of 2012, which mentioned several oddities about the pigments, the features of the goddess, the characteristics of the darkened wood and the painting technique, which sought to “achieve the effect of age”. Weiss, who tried to buy the work for €9.5m in 2013, said that he cancelled the sale upon learning about these doubts and because the provenance was “unclear”.

Contradictory histories In their catalogues, Colnaghi and the Prince of Liechtenstein claimed that the Venus had “belonged to a Belgian family since the middle of the XIXth century”, a provenance that was given to Bernheimer when he purchased it in Brussels. This story is now contradicted by Ruffini, who says that he acquired it in Paris in 1973. He said he “bought several paintings and was given others” from a woman named Andrée Borie, with whom he had an eight-year affair. According to him, she had inherited the collection from her father, André Borie, a public works and construction entrepreneur. He added that he bought the portrait now attributed to Hals in 2000 from another source, “the boyfriend of a Spanish duke who was an ambassador in the Hague”.

“I always thought the David painted on such a precious stone was a work dating from the 18th or even 19th century,” says Ruffini, “but it has since been recognised as a Gentileschi by three experts: Francesco Solinas, Roberto Contini and Mina Gregori. And I never thought the Venus could be by Cranach, as it is painted on an oak panel, and, if I remember well, the artist preferred to use lime tree”. Colnaghi declined to comment.

Ruffini also said he was “startled to learn that the gallery sold the work for €7m”, after buying it for €3.2m only a few months earlier, from a Paris-based German financier, Michael Tordjman. Ruffini, who claims he was cheated on the sale price, sued Tordjman and the representative of a company called The Art Factory, Jean-Charles Methiaz, for breach of contract. Both say the transactions were perfectly legitimate and Ruffini sold the work to Art Factory for €510,000 before it was attributed to Cranach by three art historians: Bodo Brinkmann, Dieter Koepplin and Werner Schade.