Amid debate, AAMD votes 91-88 against exploring a controversial revision of rules to allow proceeds to finance collections care 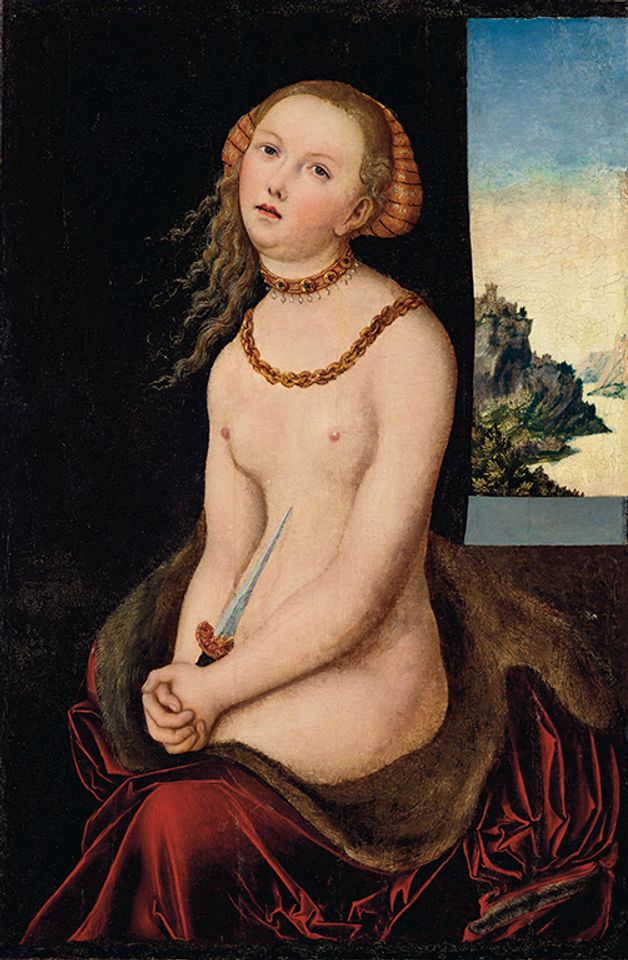 Lucas Cranach the Elder's Lucretia, which netted $4.2m when it was sold by the Brooklyn Museum at Christie's in October. The sale was intended to help finance the institution's collections care under the relaxed guidelines of the Association of Art Museum Directors

In an informal poll, members of the Association of Art Museum Directors (AAMD) have voted 91-88 against asking its trustees to explore a controversial change in its deaccessioning policy to permit institutions to sell art to finance direct care of their collections.

Under an unusual moratorium, such sales are currently permitted by the AAMD for two years, until April 2022, to give museums some flexibility as they struggle with financial shortfalls related to their Covid-19 shutdowns. Previously the association has imposed penalties on museums that sold off art to shore up their finances.

By making a longer-lasting change permitting sales to finance collections care, the association would significantly alter the landscape of museum governance, which traditionally frowns on the use of deaccessioning to achieve any goal other than buying more art.

The poll of the 221 AAMD members, in which 42 members did not take part, was carried out in two virtual sessions on 9 and 11 March, according to information provided by AAMD spokesman Sascha Freudenheim. It suggests how deeply divided museum directors are on whether a change in policy should even be explored.

In relaxing its rules last April, the AAMD, which prescribes best practices for American and Canadian museums, emphasised that the temporary waiver of its guidelines was not intended to incentivise deaccessioning, only to provide more flexibility on the use of the proceeds from art sales that might proceed normally. “AAMD’s longstanding principle that the proceeds from deaccessioned art may not be used for general operating expenses remains in place,” the association said then.

Still, some anticipate that the waiver could potentially be extended. And a vigorous debate has unfolded over the last year over whether allowing museums to use the proceeds of art sales to finance collections care could jeopardise their mission by alienating future donors of works of art. A changed policy, some argue, could also dismantle a philosophy of valourising art over covering routine operating expenses, make collections fungible assets on a balance sheet and discourage the financial support of museums that suddenly find themselves flush with cash.

In October, a group of former AAMD presidents fired off a letter at the 11th hour to the board chair of the Baltimore Museum of Art (BMA) to oppose its sale of three blue-chip postwar paintings at Sotheby’s for an estimated $65m to finance goals including a broad diversity initiative. The AAMD also weighed in, emphasising in an admonitory memo to its members that its moratorium was not put in place to encourage deaccessioning.

The executive director of the association, Christine Anagnos, had previously indicated that the Baltimore museum’s plans fell within its guidelines. But the BMA announced that it was indeed calling off the sales as a result of conversations with the AAMD.

The Metropolitan Museum of Art’s disclosure in February that it was weighing art sales to finance collections care has since stirred broad dissent, with some directors, including Thomas P. Campbell of the Fine Arts Museums of San Francisco, who formerly led the Met, warning that such a move could put institutions on a slippery path to developing a dependency on such a practice. The Met, whose decisions are often seen as a bellwether in the museum world, later confirmed that its board has authorised the use of art-sale proceeds to cover staff salaries related to collections care. Provoking fewer objections, other institutions including the Brooklyn Museum have sold works by premier artists for the same purpose.

Asked for comment on the AAMD's polling, a vice president of the association, Glenn Lowry, director of the Museum of Modern Art, said in a statement: “I believe it was essential for the AAMD to suspend sanctioning certain uses of deaccessioned funds during the pandemic to help art museums survive the worst crisis in their history."

“Whether or not there should be a permanent change to the rules concerning deaccessioning is a decision, as far as I am concerned, for another time, once we are through this crisis and can fully assess what is in the best interest of our institutions,” he adds.

Had last week’s AAMD polling yielded a vote in favour of considering a longer-term guideline change, the association’s trustees would have been charged with considering the development of a policy permitting such sales and defining what constitutes collections care, presumably through the appointment of a task force. That policy would then have been subject to discussion and feedback from the trustees and the AAMD membership before being presented for a final vote.

If approved, a policy permitting the use of deaccessioning to finance collections care would have aligned the association with the more permissive ethical guidelines established by the American Alliance of Museums and the Financial Accounting Standards Board, which have been invoked by those in favour of less stringent AAMD rules. But for now a change in AAMD guidelines appears to be off the table.

about 10 hours ago
‘We have no doubt NFTs are art’: after selling tokenised Leonardo, Hermitage plans exhibition of born-digital works