Two memorial appeals have been launched to remember the young artist Khadija Saye (1992-2017) who died with her mother, Mary Mendy, in the Grenfell Tower fire in west London on 14 June. As well as the Khadija Saye Memorial Fund, donors are contributing to a fund to support paid internships in galleries or other cultural organisations in her name.

Saye benefited from a paid internship through Creative Access, a non-profit that provides Black, Asian and other young people from minorities opportunities to work in cultural organisations. The charity is co-ordinating the fundraising appeal specifically to create The Khadija Saye internship. The appeal target is currently £10,000, which would enable two six-month paid internships.

Saye worked at Peer, a small gallery in Hoxton, east London, as the first Creative Access-supported paid intern from July 2015 until April 2016, and then as a part-time gallery assistant. She was due to work at the gallery this week, says Ingrid Swenson, Peer’s director. Swenson and her husband, Andrew Wilson, who is a Senior Tate curator of Modern and Contemporary British art, where close friends of the artist. 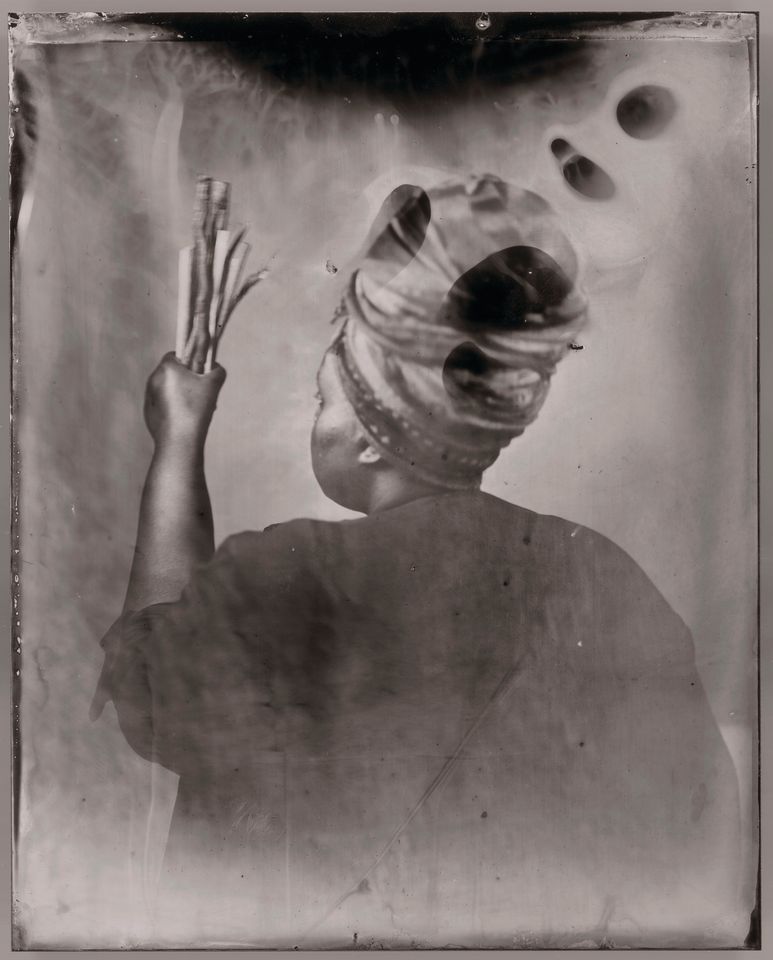 Khadija Saye's Sothiou (2017), from the series Dwelling: in this space we breathe on show in the Diaspora Pavilion at the 57th Venice Biennale (Image: © Khadija Saye)

Meanwhile, a more general appeal has also been launched as the artist’s self-portrait from a group of works that are now on show in the Diaspora Pavilion went on display at Tate Britain. The silkscreen, Sothiou (2017), is displayed by the Tate in memory of Saye and all who died in the fire. In the past the gallery has traditionally marked the death of artists in its collection.

Sothiou, from the series Dwelling, has been lent by the artist Nicola Green, in whose studio Saye worked part-time as an assistant. Green is married to the Labour MP, David Lammy, who has been outspoken in criticising the government and local authorities’ handling of the disaster and its aftermath.

• To support an internship in Khadija Saye’s name, see https://www.justgiving.com/crowdfunding/khadijasayeinternshipfund