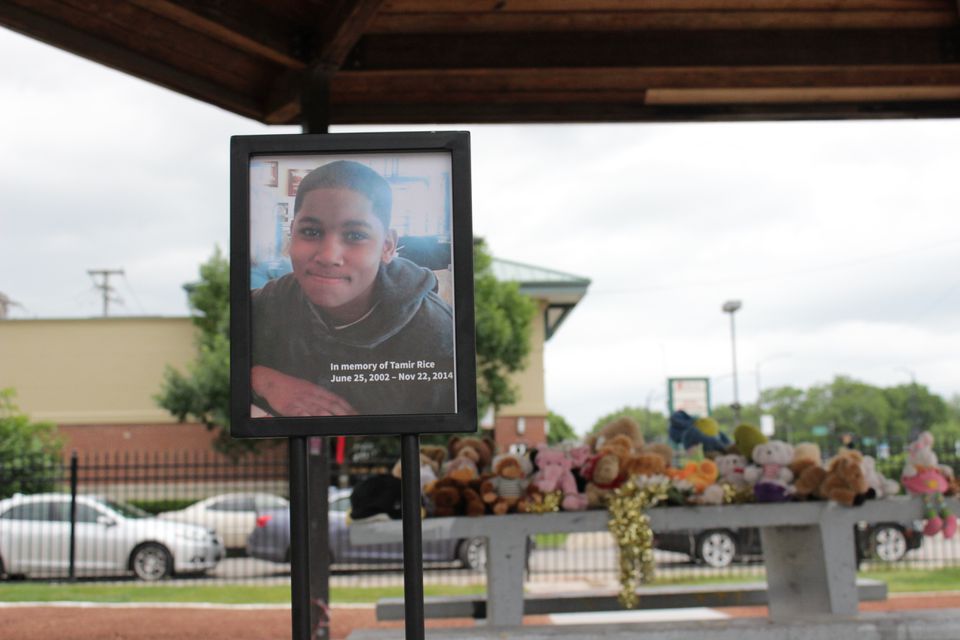 The gazebo where the 12-year-old Tamir Rice was shot and killed by the police while playing with a pellet gun in 2014 has been temporarily rebuilt in Chicago by Theaster Gates's Stony Island Arts Bank, just days before what would have been the boy's 17th birthday.

Rice’s fatal shooting in Cleveland by the Ohio police officer Timothy Loehmann made national headlines both because of the unarmed boy's age and the growing unrest over the disproportionate level of police violence enacted against black males in the US.

Since Rice’s death, the gazebo had become a memorial for the community to leave cards, flowers and stuffed toys devoted to the sixth grader, as well as to reflect on wider issues of systemic racism and inequality. After the Cleveland city council ordered the gazebo’s demolition in 2016, Tamir’s mother Samaria Rice enlisted the help of the Chicago-based artist and activist Theaster Gates to help preserve the structure dedicated to her child’s memory.

The entire structure was disassembled that year by the Rebuild Foundation, Gates’s non-profit focused on community arts projects in Chicago’s South Side, and placed in the Stony Island Arts Bank, the foundation’s repository and exhibition space. The gazebo’s wooden beams and the memorabilia left by mourners have existed for two and a half years within a temporary exhibition Objects of Care: Material Memorial for Tamir Rice. Now, days before what would have been Tamir's 17th birthday on 25 June, the gazebo has been fully reconstructed on the lawn of the arts centre and dedicated to the memory of Tamir.

“We recognise that because of the history of violent acts against young black males in cities by the police, that this gazebo is a national memorial, a national testament. It’s a national call," said Gates at the opening of the reconstructed gazebo on 23 June.

In addition to reconstructing the gazebo exactly as it stood in Cleveland, Gates has added a photo of Tamir Rice with his birth and death dates. The Rebuild Foundation plans to exhibit the gazebo for the next two years. “It hasn’t been easy on this journey,” Samaria Rice, who is still seeking a permanent site for the gazebo in Cleveland, said at the unveiling in Chicago. “I’m just going to continue to fight the war on injustice in America and support and do what I need to do to make a change in America.”