Met hands over an Egyptian coffin that it says was looted

Describing itself as a victim of fraud, museum says it cooperated with district attorney's investigation 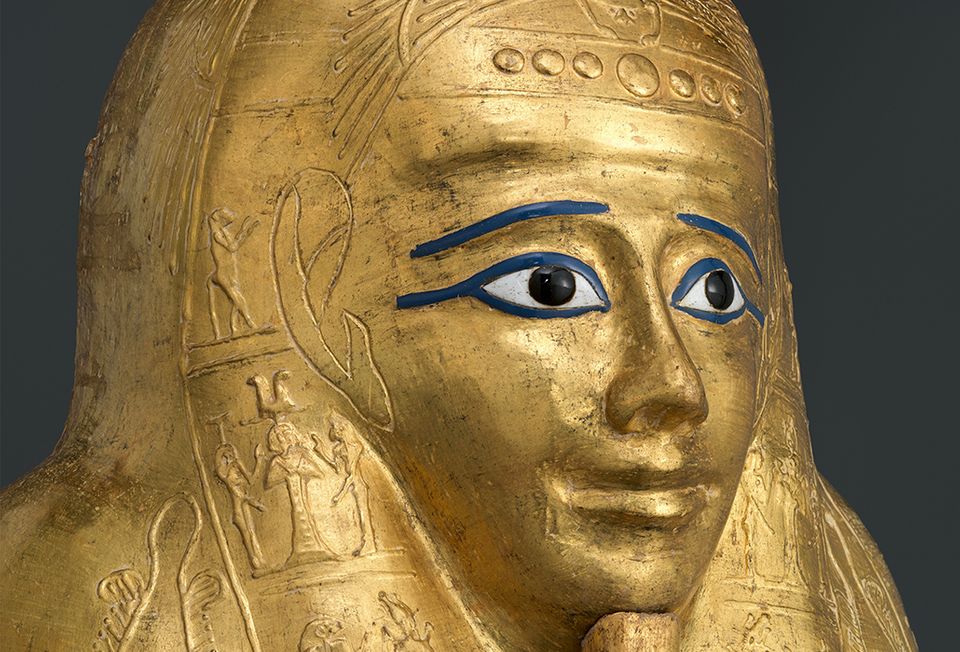 Less than two years after an acquisition, the Metropolitan Museum of Art announced today that it had handed over a first-century BC gilded coffin to the Manhattan district attorney for return to the Egyptian government after discovering that it had been looted in 2011.

The Met’s statement said it had been “fully cooperative” in recent months with an investigation by the district attorney’s office into the coffin’s origins.

The museum acquired the coffin of Nedjemankh, which was until this week the centrepiece of a Met exhibition, in July 2017 from what it then described as a private collection. The institution says it now realises that it was given a fraudulent ownership history as well as a forged 1971 Egyptian export license for the coffin.

A Met spokesman says the coffin was purchased from the Paris-based dealer Christophe Kunicki for €3.5m. He says that the museum is pursuing a "variety of remedies" against the dealer and that the coffin was delivered to the district attorney's office today.

A man who answered the telephone at a number listed for Kunicki in Paris and who declined to identify himself beyond saying he was speaking for "Mr. Kunicki’s office” said that the dealer had just learned about the Met’s announcement in an email.

“I can tell you that the provenance file we provided to the Metropolitan Museum, to my best knowledge, was absolutely correct,” he said. “We want to know what is happening because we don’t understand what is happening. It’s absolutely unbelievable–it’s a terrible surprise for us.”

He confirmed that the coffin was purchased from a private collection but declined to identify it. “Now we are going to call our lawyer,” he said.

The discovery that the coffin was looted raises questions about the scrutiny that exported treasures undergo during the Met’s acquisition process.

The museum emphasised in its statement that all of the Met’s acquisitions undergo “a rigorous vetting process” in line with a 1970 Unesco treaty, federal and state laws and the Association of Art Museum Directors’ guidelines on the acquisition of ancient art and archaeological materials.

The Met quoted Max Hollein, the museum’s director, as saying, “We will learn from this event–specifically I will be leading a review of our acquisitions programme–to understand what more can be done to prevent such events in the future.”

He said the museum “must be a leader among our peers in the respect for cultural property and in the rigour and transparency of the policy and practices that we follow”.

The Met described itself as a victim of deceit. “After we learned that the museum was a victim of fraud and unwittingly participated in the illegal trade of antiquities, we worked with the DA’s office for its return to Egypt,” says Daniel Weiss, the Met’s president and chief executive. “The nation of Egypt has been a strong partner of the museum for over a century. We extend our apologies to Dr. Khaled El-Enany, minister of antiquities, and the people of Egypt, and our appreciation to District Attorney Cy Vance Jr.’s office for its investigation, and now commit ourselves to identifying how justice can be served, and how we can help to deter future offenses against cultural property.”

The coffin had been on view since 20 July 2018 in Nedjemankh and His Gilded Coffin, an exhibition in which it was displayed along with 70 other works from the Met’s collection. According to the Met, the coffin is inscribed with the name Nedjemankh, a high-ranking priest of the Egyptian ram-god Heryshef of Herakleopolis. Its surface is decorated with scenes and texts in gesso relief that the museum says were intended to guide Nedjemankh on his spiritual journey from death to eternal life.