Rumbles of dissent emerge over Met’s proposal to expand deaccessioning

As museum mulls art sales to finance collections care, critics worry that its example could open the floodgates for US art institutions 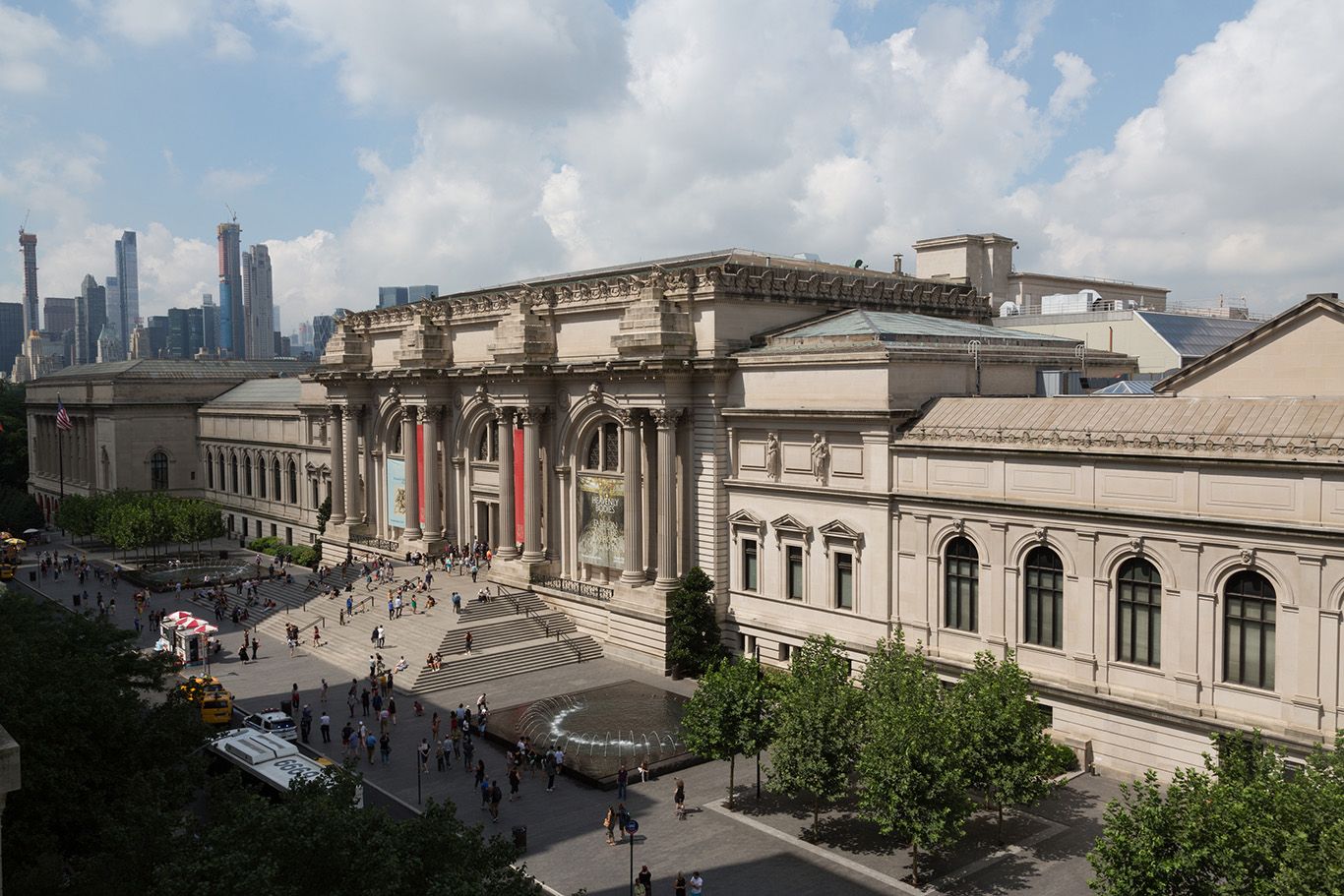 A move by the Metropolitan Museum of Art to consider selling works of art to finance the care of its collection is stirring dissent among art world figures who worry that the institution’s clout could prompt a wave of other American museums to follow suit.

“We call upon the Met's senior staff leadership to resist any attempts to sell off the art the Met holds in the public trust,” a petition started by the art critic and podcast host Tyler Green at Change.org states. The statement, which has so far drawn over 200 signatures, calls attention to the wealth of the museum’s trustees, arguing that it should be harnessed to avoid a sell-off.

The New York Times reported late last week that the Met, facing a $150m deficit, had reached out to auction houses and its own curators about potential art sales that could help finance care of its collections. Such sales are permitted under a loosening of guidelines last April by the Association of Art Museum Directors (AAMD), which had previously limited American museums to using proceeds from art sales solely for the purpose of buying more art. The association was seeking a way to help museums paralysed by a steep decline in revenue resulting from their shutdowns amid the coronavirus pandemic.

The AAMD’s decision opened the way for art institutions to use the money generated from sales of objects from their permanent collections, known as deaccessioning, to support “the direct care of the museum’s collection” without fear of sanctions from the association until 10 April, 2022. Before using the funds for that purpose, the AAMD requires each museum’s board to approve a policy outlining what expenses it considers to be direct care. The Met’s trustees are expected to vote on whether to authorise such sales next month.

Christine Anagnos, executive director of the museum association, says that “based on the information that has been reported in The New York Times, the Met's steps are in line with AAMD's April 2020 resolutions.” Other institutions have already taken advantage of the relaxed guidelines: one of the first out the gate was the Brooklyn Museum, which auctioned works last fall with the goal of establishing a $40m fund that would generate $2m a year for collections care. (More sales are planned.)

The Times report about the Met’s deliberations quickly drew a rejoinder from the museum’s former director Thomas P. Campbell, who now leads the Fine Arts Museums of San Francisco. “I fear that this is a slippery path,” he wrote in an Instagram post on Saturday, adding: “Deaccessioning will be like crack cocaine to the addict­—a rapid hit, that becomes a dependency. I fear that the consequences could be highly destructive to the art museum industry.”

Campbell says he worries that deaccessioning for operating costs will deter future donors of important works and open the way to treating museum collections as “fungible assets”. “So, if the Met board is to vote on this in March, I hope they will weigh the ramifications carefully,” he writes. “Their action will resonate far beyond the walls of the Met.”

Maxwell Anderson, president of the Souls Grown Deep Foundation and a former director of museums in Atlanta, Toronto, New York, Indianapolis and Dallas, suggests that “monetising artworks to cover operating costs is a misguided step–regardless of a temporary but highly debatable policy relaxation”.

“There are many reasons for museums to sell art–when an object is a near duplicate, or is in poor condition and not likely to be exhibitable," he says in an email. “And, exceptionally, when funds realised from its sale will allow for the purchase of a comparable, but finer example of work by the same artist or culture.”

“But [an expanded mandate] will lead to the treatment of the collection as a piggy bank, while the US funding model confers on trustees and patrons the obligation to help subsidise operations, especially in times of dire need,” Anderson says.

George Goldner, former chairman of the department of drawings and prints at the Met as well as former curator of paintings and drawings at the J. Paul Getty Museum in Los Angeles, voiced fear that a Met decision for expanded deaccessioning could open the floodgates.

“It’s a shameful and inappropriate misuse of the collection and an abrogation of their responsibility to collectors and the public,” he said in an interview. “It’s an example that will no doubt provide cover to every museum in America that tries to sell off its collection to pay the bills”—from buying light bulbs or paint brushes, he adds, to paying telephone bills for the conservation department.

“Selling art to purchase more art is a whole different kettle of fish,” he adds, noting that in his position at the Getty he had deaccessioned paintings that were never put on view and had been considered to be of poor quality, with the goal of bolstering the collection.

The two-year relaxation of AAMD guidelines could nonetheless be tantalising for museums concerned about deficits precipitated by the Covid-19 crisis. Max Hollein, the director of the Met, told The New York Times, “This is the time when we need to keep our options open.”

“None of us have a full perspective on how the pandemic will play out,” he told the newspaper. “It would be inappropriate for us not to consider it [deaccessioning for collections care], when we’re still in this foggy situation.”

Still, some argue that largesse from billionaire trustees could have enabled the Met to avoid the dramatic staff cuts it has already undergone in response to the pandemic as well as weighing art sales to finance basic collections care.

Martin Gammon, the founder and president of the art advisory firm Pergamon Art Group and the author of Deaccessioning and its Discontents: A Critical History (MIT Press, 2018), cautioned against a backlash.

“I think we should wait and see what in fact is proposed for deaccession, if anything, before passing judgment,” he wrote in an email. “The Met, like every other major encyclopeadic museum, deaccessions all the time, and there is nothing wrong in principle with extending that practice to support the direct care of collections in the current two-year window.”

“The essential question will always turn on whether they have a clear and defensible curatorial rationale for their selections, rather than just selling trophy works for their high value,” Gammon says, adding, “The Met is well versed on these matters and is well aware of the precedent they may set.”

Gammon was among the fierce critics of the Baltimore Museum of Art’s move last year to deaccession three blue-chip paintings by Andy Warhol, Clyfford Still and Brice Marden to finance goals like boosting salaries, expanding diversity programs and expanding museum hours. Submitting to objections, the museum withdrew its plans just hours before an auction was to take place.