Previous iterations of the show were closed early by authorities 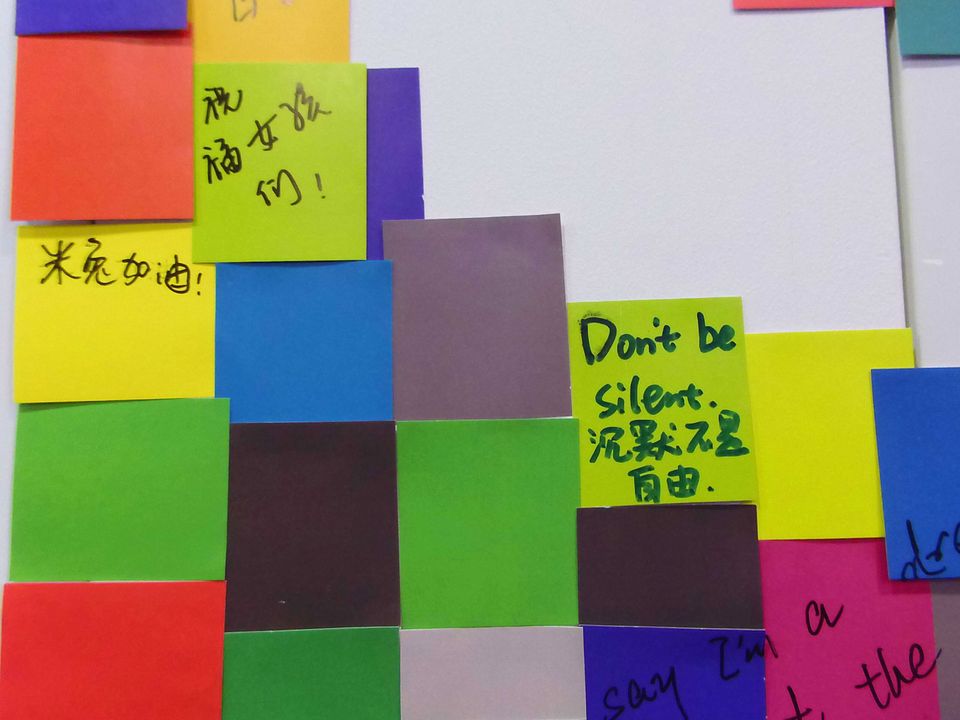 Previous iterations of the exhibition The Voiceless Rise Up: #MeToo in China were closed early by authorities in other Chinese cities © Lisa Movius

The exhibition The Voiceless Rise Up: #MeToo in China successfully finished its five-day run today at the British Centre Shanghai, attracting more than 800 registered visitors, after previous iterations of the show in Chengdu and Guangzhou were forced to close early by authorities. The exhibition, which opened on 30 November, was organised by a group of activists and featured mostly community sourced work about sexual assault in China. It was backed by the consulates of the UK, Canada, the Czech Republic, Norway and Sweden.

“I am not sure why this show survived to the end. But we have had no problems,” says the head organiser, speaking anonymously due to the sensitivity of the subject. The previous shows were backed by the Canadian consulates in their respective cities; while a Beijing show held at the Canadian embassy there only ran for one day, 23 July, as scheduled. Another version of the show was staged by Chinese students in New York, opening in October without incident.

“I feel that fundamentally the sensitivity around #MeToo has to do with the bigger conditions in China lately,” the organiser says. “All sorts of popular protest is being suppressed. The government feels that anything destabilising is not worth allowing. So it is very uptight, there is a lot of pressure.” At the Chengdu show, which was held in a hotel in an art academy in late August, police came and confiscated materials as well as hard drives, according to the organiser. For the Guangzhou show, held at that city’s Canadian consulate from 27 July, authorities contacted organisers and pressured them to close it. “Guangzhou used to be quite open, but over these past two years a lot of NGOs are having problems.” She adds that, in Shanghai, the five consulates reached out to each other for support.

The most recent Shanghai exhibition included a large painting that listed major Chinese #MeToo cases, and a history of the movement in China on the adjacent wall. An enormous photograph composites seven of the most famous accused rapists in China, including the founder of the e-commerce site Jingdong, Liu Qiangdong, who was last year accused of assaulting a Chinese student in Minnesota last year. Liu denied the accusations and criminal charges against him were dropped.

Another work features coils of barbed wire containing speakers playing assault victims’ accounts and sheets printed with their words in Chinese and English. A "Lennon wall" of bright post-its spelling out the word “resist” documents the persecution of Chinese feminists, and invites participants to leave messages. The organisers have also held panels on the global #MeToo movement and domestic violence, a documentary screening, and a rousing Chinese-language performance of the banned text Vagina Monologues.

Visitors have largely been students, the organisers says, but from a range of ages and backgrounds. Some have made their way from surrounding cities. “All have felt very good about it. #MeToo is such a phenomenon, and people yearn to talk about it. So for people to be able to discuss and meet people makes them very happy,” she says.

“One goal is to document what has already happened with #MeToo in China. A lot has come out, but a lot of victims have been silenced. In the media, a lot of articles have been taken down, and students have been forbidden from talking [about sexual assault]. It is so difficult. So the show is for people to see that the movement continues, and to push #MeToo into the future.” She says there are no plans to tour the exhibition further, but hopes contacts made during the exhibition will continue to develop.