Led by Metropolitan Museum of Art, a flurry of US museums say they are shutting down because of coronavirus

Institutions in New York, Boston and Washington underline the need to control the spread of Covid-19 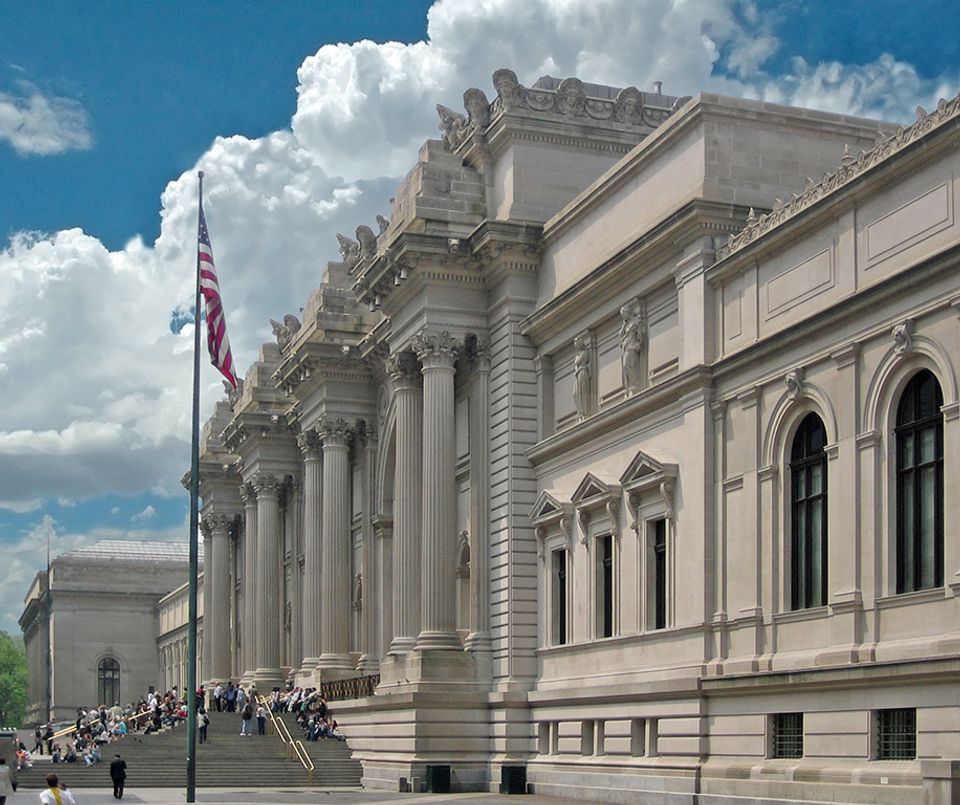 The Metropolitan Museum of Art's flagship building on Fifth Avenue

Led by the Metropolitan Museum of Art, a flurry of New York, Boston-area and Washington museums announced today that they were shutting down to help contain the spread of the Covid-19 virus.

In addition to the Met, the New York museums include the Museum of Modern Art, the Solomon R. Guggenheim Museum, the Whitney Museum of American Art, the Frick Collection, the Brooklyn Museum, the Neue Galerie, the New Museum, the Jewish Museum, the Queens Museum and the Drawing Center. The four Boston-area institutions, which announced their decision jointly, were the Harvard Art Museums, the Institute of Contemporary Art, the Isabella Stewart Gardner Museum and the Museum of Fine Arts. The National Gallery of Art and the Smithsonian Institution said they were closing their museums in Washington, DC.

The Met, whose closing is effective Friday and which gave no target date for reopening, said it was undertaking a "thorough cleaning" of its three locations–its flagship building on Fifth Avenue, the Met Breuer on Madison Avenue and the Met Cloisters in Washington Heights– and that it would announce "next steps’’ early next week.

While no confirmed cases of the coronavirus have been linked to the museum, it said, two employees have exhibited flu-like symptoms and reported it to the management. One has been tested for the coronavirus and is awaiting results, and the other has been advised by a doctor not to undergo the test but to go home and rest, the museum says.

The Boston-area museums said the decision to close as of the end of the day on Thursday “was made collaboratively as a response to ensure the health and safety of our staff, our visitors and our community’’ .

"The CDC has clearly communicated that one of the most effective measures for controlling the spread of the novel coronavirus (COVID-19) is social distancing," they said in a statement, referring to the federal Centers for Disease Control. “Based on that recommendation, we feel it is our ethical responsibility to put the common good ahead of any one individual or institution.’’

The Yale University Art Gallery in New Haven, Connecticut also says it will shut down from Friday through 15 April.

MoMA said it was closing immediately through 30 March and would re-evaluate the situation. The Whitney said it would close at 5 p.m. on Friday and would later review its options for reopening on 27 March. The Queens Museum said it would close for a week beginning Friday to support "regional and national efforts" to halt the virus's spread. The Jewish Museum said it was shutting down for two weeks effective Friday. The Guggenheim, Frick, the Brooklyn Museum, the New Museum, the Neue Galerie and the Drawing Center will not reopen Friday and did not offer a future timetable.

The National Gallery of Art will be closed beginning Saturday with a tentative reopening date of 4 April. The Smithsonian museums in Washington and New York are closing starting Saturday and plan to provide week-to-week updates.

After days of suspense, the decisions come at an apparent turning point for New York arts institutions in particular in the battle against transmission of Covid-19. Mayor Bill de Blasio declared a city-wide state of emergency at an afternoon news conference today. Carnegie Hall, the Metropolitan Opera and the New York Philharmonic all said that they would suspend performances, and Broadway theatres announced through their trade organisation that they are shuttering for at least a month following restrictions imposed by New York Governor Andrew M. Cuomo on most public gatherings of more than 500 people. The new exhibition and performance space in Hudson Yards known as the Shed said it was also closing as well.

Daniel H. Weiss, the president and chief executive of the Met, says in a statement: “We believe that we must do all that we can to ensure a safe and healthy environment for our community, which at this time calls for us to minimise gatherings while maintaining the cleanest environment possible. We look forward to soon announcing when we'll be able to welcome our staff and visitors back to the museum.’’

Weiss says that the museum has been preparing for the possibility of a closing for several weeks and has developed “an operational plan” that includes “provisions to support salaried and hourly staff”.

“The Met's priority is to protect and support our staff, volunteers and visitors, and we have been taking several proactive precautionary measures, including discouraging travel to affected areas, implementing rigorous cleaning routines, and staying in close communication with New York City health officials and the Centers for Disease Control,” he says.

Museum staff members have been told that they have until noon Friday to retrieve materials they need from their offices, the Met says.

Several other museums in the United States indicated that that they had scaled back events. The Art Institute of Chicago is canceling all such events though 10 April but says that timing could be reassessed. The Morgan Library and Museum in New York says that all programs, meetings, and tours with more than 25 attendees are being cancelled beginning Saturday and that this will last until at least 29 March; it has discontinued the use of audio guides and urged researchers and scholars to reschedule their appointments.

The Met's shutdown comes as the institution is marking its 150th anniversary year with celebratory events like the reopening of its British collection galleries and exhibitions like Making the Met, 1870-2020, a journey through the museum's history that had been set to open on 30 March.