It is unclear who is behind the construction of the ecotourism park, which resulted in the destruction of at least three unexplored archaeological mounds 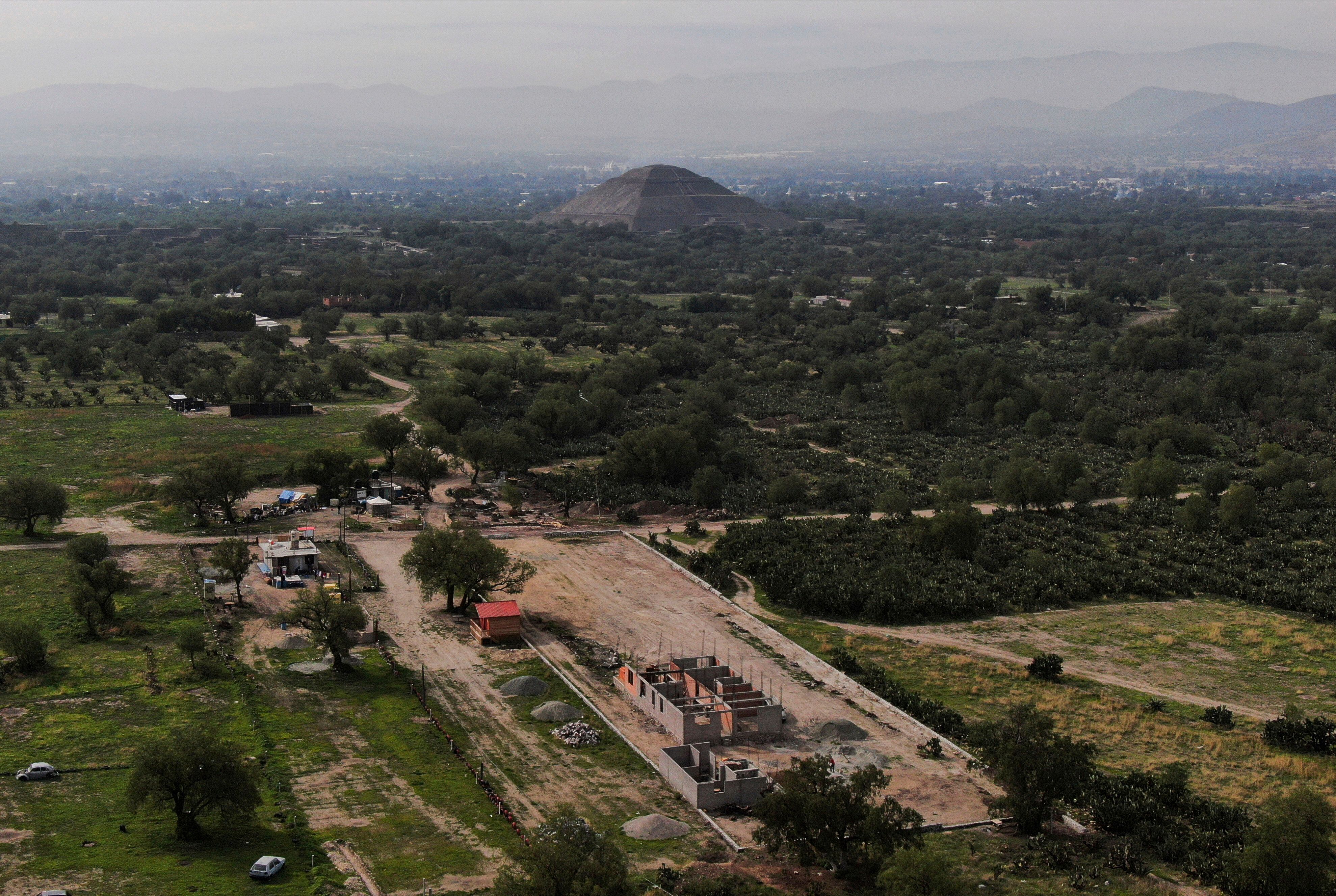 Construction of a private building project is seen on the outskirts of Teotihuacan, just north of Mexico City. The Mexican government said Tuesday that the project is destroying part of the outskirts of the pre-Hispanic ruin site and has repeatedly issued stop-work orders since March but the building crews have ignored them AP Photo/Fernando Llano

Mexican authorities have blocked the illegal construction of an ecotourism park near the Mesoamerican ruins of Teotihuacán, a Unesco World Heritage Site. The Mexican national guard seized the 17-acre property this week and criminal charges have been filed against the unidentified developer, which local residents believe could have ties to the politician René Monterrubio, the former municipal president of San Juan Teotihuacán.

The administration of the former municipal president Monterrubio had requested permission from the INAH to build an entertainment park, which would include “Latin America’s largest ferris wheel”, near the archaeological zone in 2013, which was denied. Residents believe Monterrubio owns or co-owns the new ecotourism development, but his involvement has not been confirmed.

The INAH filed an official complaint with the prosecutor’s office on 20 April, but investigators claim they were threatened by workers and intimidated into leaving the site. The developers “carried out work without the authorisation of the INAH, causing irreparable damage to the archaeological heritage of Mexico”, the INAH said in a statement this week.

The development was situated less than one km from the Teotihuacán pyramid complex, a site where archaeologists continue to unearth artefacts, like the more than 200 recently-discovered ceramics and sculptures included in a 2018 exhibition about Teotihuacán at the Los Angeles County Museum of Art organised in collaboration with the INAH.

Teotihuacán, a 20 km ancient metropolis that flourished between 100 BC and 750 AD, is Mexico’s most-visited archaeological site, with more than 2.6m visitors per year. The site also encompasses one the largest archaeological zones, with various surrounding primitive settlements that are situated on or near private land, which complicates its protection. The INAH believes the site holds thousands of unexplored artefacts and at least 20 structures.