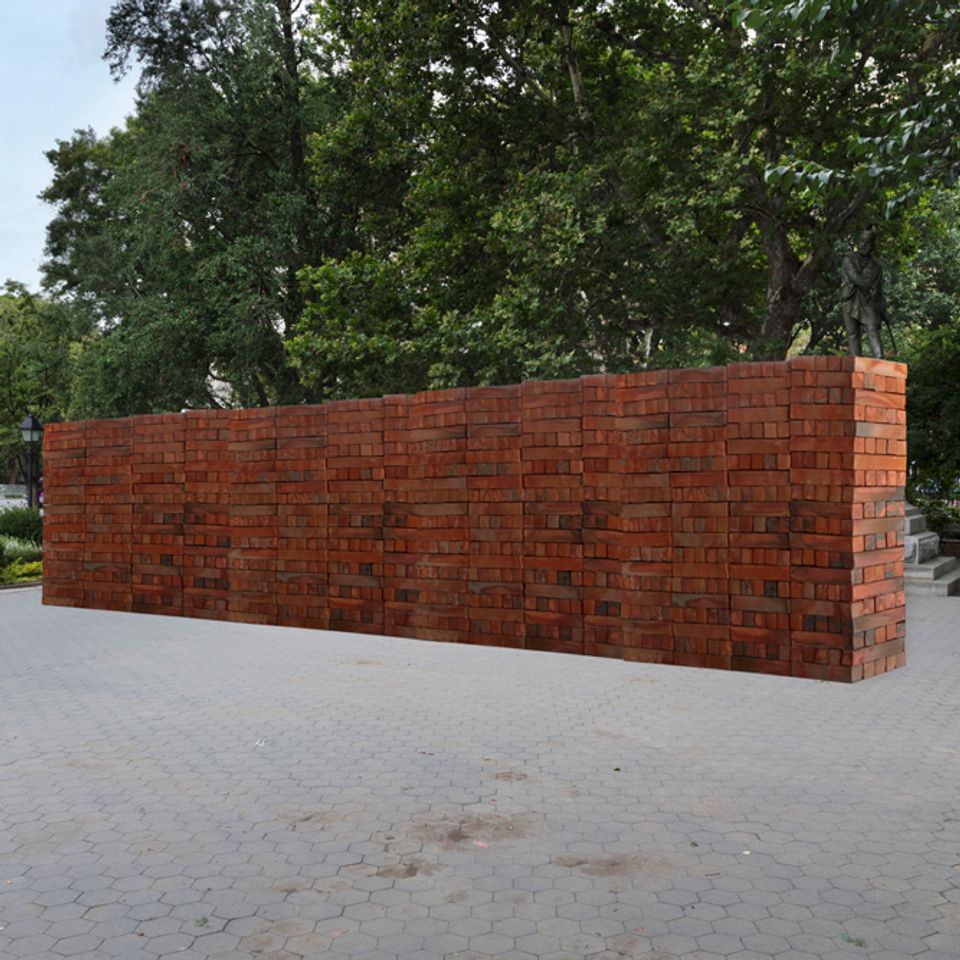 At 7am on 7 September, a group of Mexican friends led by the artist Bosco Sodi will start to build a 26-ft long wall in New York City’s Washington Square Park. Once finished the wall will stand for several hours before, at 3pm, passersby will be invited to dismantle it brick by brick and take part of the installation home.

Titled Muro, it is Sodi’s first public work of art. “It’s my first political performance, but I just felt I had to do it now,” he says. “I didn’t want to leave the wall up too long, because it would look more like a work of art than a political piece.”

Much to his surprise, Sodi says the work was approved without trouble by the New York park authorities. “I even heard someone from the mayor’s office is coming to take a brick. That tells you something about the democratic and diverse nature of New York,” he says.

The idea came in January of this year, when Sodi was working in his studio at his Casa Wabi Foundation in Oaxaca in Mexico. The artist, who also has ateliers in Brooklyn and Barcelona, had been producing clay bricks with local craftsmen for another show next March.

“Trump had just been inaugurated and things were tense politically,” Sodi says. “I was talking to the eight or nine craftsmen and they were telling me stories about how they wanted to emigrate to the US, but how that’s impossible right now.”

When the first delivery of bricks arrived at his studio, the craftsmen stacked them in a long block, like a wall. Sodi describes it as a “lightbulb" moment. “I thought: ‘Why don’t I build this wall in New York?’” he says. His New York gallery, Paul Kasmin, has helped realise the project.

Not only will the wall be built by Mexicans living in New York, the bricks are also “100% Mexican”, Sodi says. “They are made with earth, wind, fire and water; it’s just pure Mexican elements.”

Muro is made from 1,600 handmade and signed bricks, which were fired in Oaxaca and transported by truck along the same route taken by migrants who cross over into Texas from the town of Nuevo Laredo.

The opera singer Mauricio Trejo, the architects Enrique Norten and Jorge Ambrosi, the chef Gabrielle Chiavari and the artist Mario Navarro are among those who will help Sodi build the wall.

Dismantling the work, meanwhile, will be “a metaphoric and poetic action”, Sodi says. “It’s about breaking down walls physically and mentally.”