Monte Albán, the ancient capital of the Zapotec people, was damaged by earthquakes in 2017 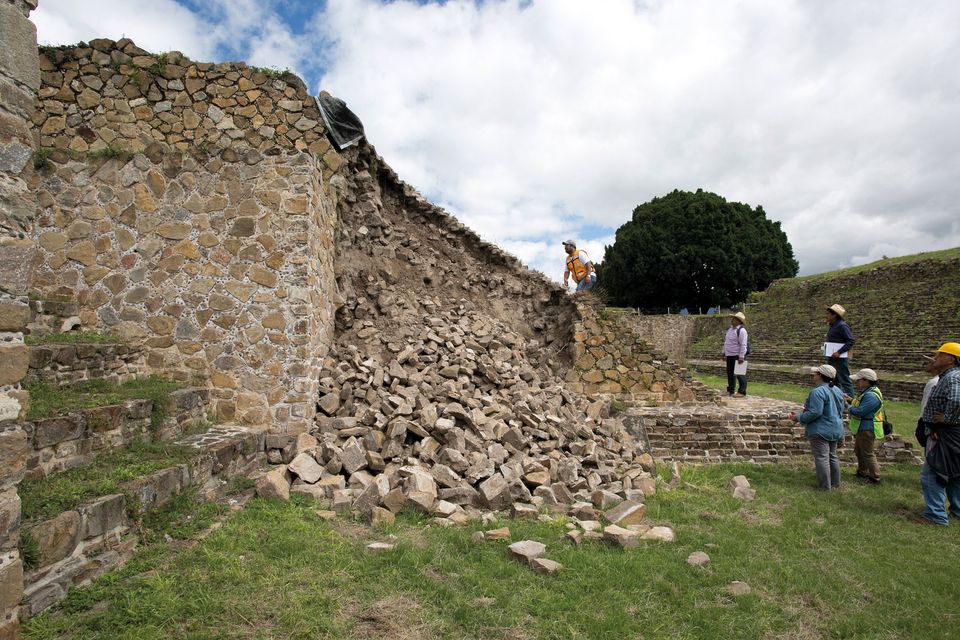 Efforts to restore the earthquake-damaged Pre-Columbian archaeological site of Monte Albán in southern Mexico’s Oaxaca Valley received a major boost last month with a $1m award from the World Monuments Fund (WMF). The Unesco World Heritage Site, which encompasses temples, tombs and even a ball court, served as the capital city of the Zapotec civilisation for more than 13 centuries beginning in 500BC. It was hit hard by a series of deadly earthquakes that struck the region in September 2017. Of the 15 buildings damaged by the quake, five required emergency structural interventions to prevent their collapse.

The WMF has teamed up with Mexico’s National Institute of Anthropology and History to conserve and document Monte Albán as well as to train locals in the skills needed to safeguard the site in the event of future natural disasters. “The cultural sites that were damaged during this tragedy don’t belong only to the Mexican people; they belong to humankind,” says Diego Gómez Pickering, Mexico’s consul general to New York City. “Out of great loss and devastation, we have a chance to restore hope and optimism to the people of Oaxaca and those for whom Monte Albán is a source of great pride. We are grateful for the support to make it stronger and accessible for future generations.” Several organisations, including American Express and Robert W. Wilson Charitable Trust, contributed to the award.