A project has enlivened a drab area with 300 portraits 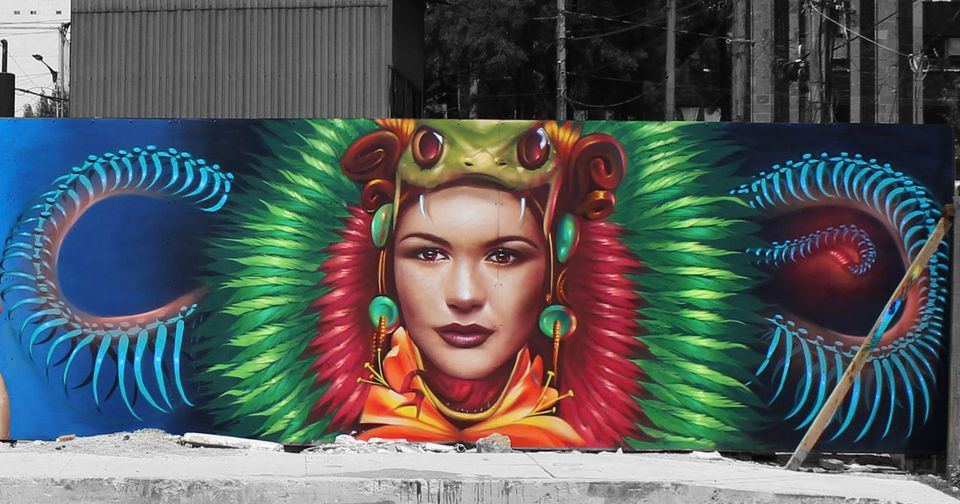 For years, Avenida 20 de Noviembre, a drab street in Mexico City’s historic downtown, was mostly known for the dozens of stores that sell women’s clothes and fabrics. But, along with the nearby Avenida José María Pino Suárez, it has now become a paean to women themselves, where around 70 streets artists from around Mexico and abroad have painted more than 300 portraits of female figures.

The murals—conceived by the local city authority and a group of urban artists—can be seen on the storefronts and walls that stretch for seven blocks from Fray Servando to Zócalo, Mexico City’s main square. “Once they saw them they asked us to do more,” says Roberto Granados, a founder of the civil organisation Mixer Crew, which co-ordinated the 18-month urban intervention.

The women depicted—both real and imagined, dead and alive, famous and unknown—include the mythical skeleton figure La Catrina, a female Aztec warrior, an astronaut, a small girl playing on a patch of grass, and at least two Frida Kahlos. Some portraits are more fantastical, such as the woman with hearts for eyes that appears to look out at people queuing for the Line 4 bus. “She always watches me,” says one local rider, Diana del Olma, who welcomes the decorations to the neighbourhood. “They’re cool.”

The murals required more than 7,200 cans of aerosol and were painted during sessions that began at 9pm and ended at 3am to accommodate the businesses’ hours. “It was an adventure,” Granados says. “Each time, it was totally different. Sometimes it was calm because there weren’t a lot of people, and other times, because of the rain, it was chaos because there wasn’t any place to stay dry.” “As much as you prepare, when you’re about to paint, everything changes,” says one artist who goes by the name Annevale.

The project also proved attractive to the trust fund in charge of the downtown district’s revitilisation, which secured permission from local businesses, bought the materials, and paid for the artists’ work.

Since the project first started last summer, some works already need to be retouched, but the collective is focused on another artistic intervention in October that will include live painting by local and international street artists and other activities.