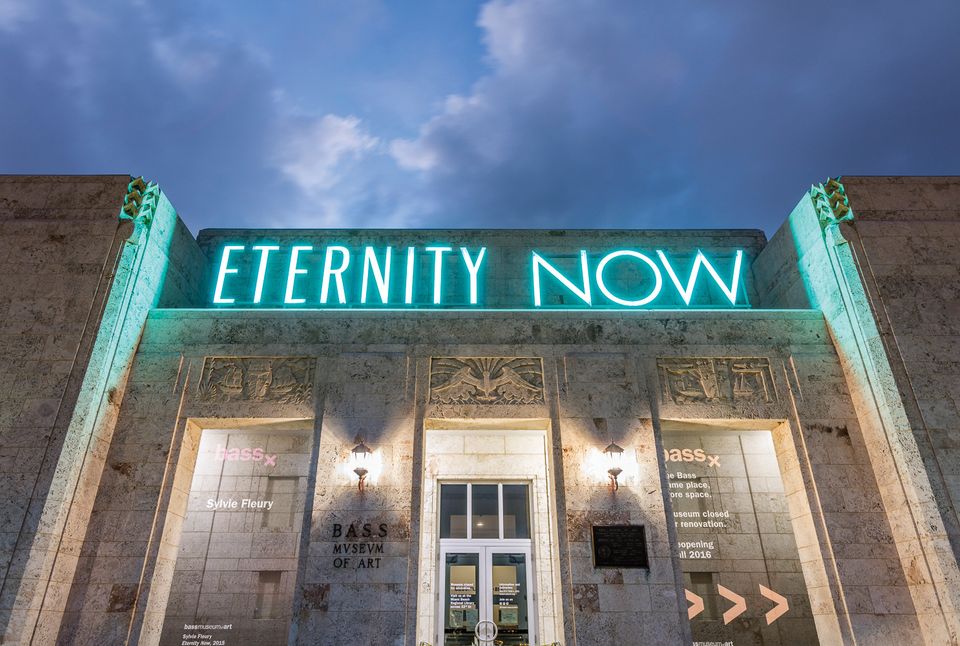 Sylvie Fleury's Eternity Now (2015) has pride of place on the Bass façade Silvia Ros; courtesy of the Bass

The Bass is back: Miami Beach’s contemporary art museum reopened on 29 October after a major $12m renovation that began in 2015 and was repeatedly delayed. Around 50% more exhibition and public space—around 10,000 sq. ft—has been carved from the Bass’s original 1930s Art Deco building and 2001 extension.

Cubiñá attributes the delays in reopening—pushed back from autumn 2016 to spring 2017 and finally October—to the challenges of renovating an historic building. The team encountered surprises, such as pipes not included in the plans, and needed to adhere to the strict codes of Miami Beach’s Historic Preservation Board.

The Bass had to balance the dual responsibilities of historic preservation and serving the city, Cubiñá says. The population of Miami Beach has grown—and the museum’s attendance has increased and diversified—since the 2001 expansion. For instance, it now has 4,000 sq. ft of space to accommodate its educational programmes, such as the ten-week summer art camp for schoolchildren it founded in 2010 (on hold during the renovation).

Cubiñá wanted the three artists with inaugural solo shows to reflect the city’s diversity and offer different points of view on what is contemporary, she says. 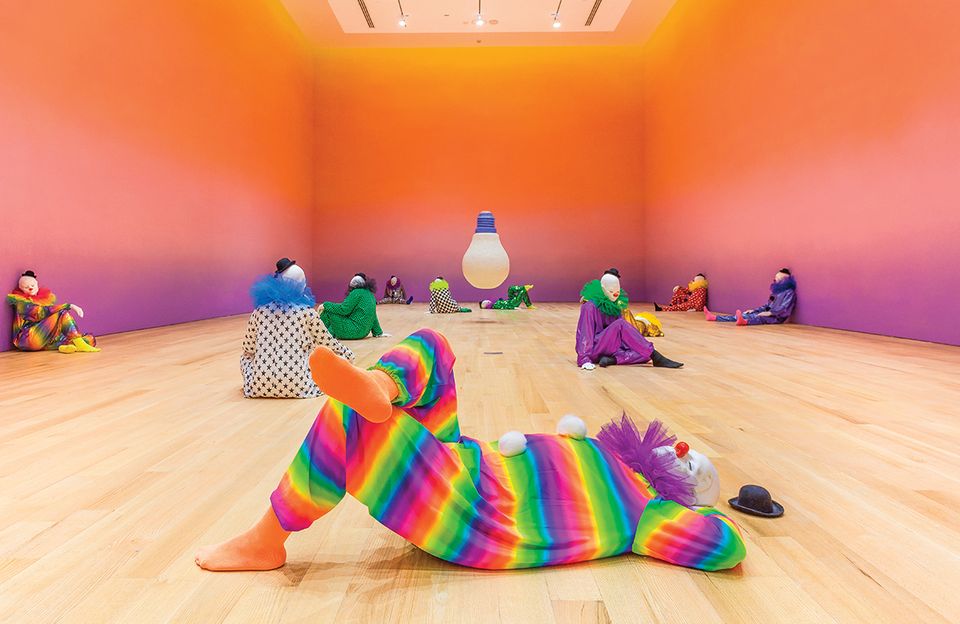 The Swiss-born, New York-based artist Ugo Rondinone is taking over the second floor with his exhibition Good Evening Beautiful Blue (until 19 February 2018), which includes an installation of 45 life-sized clown figures in various action poses, vocabulary of solitude (2014-16).

Beautiful (until 2 April 2018), a show by the Cameroon-born, Ghent-based artist Pascale Marthine Tayou, mixes his works with pieces from the museum’s founding collection, donated by Johanna and John Bass, which includes Old Master paintings, textiles and sculptures. “Our main focus is contemporary, and then our historical collection comes in to serve our mission,” Cubiña says. Tayou has also created the site-specific installation Welcome Wall (2017), with animated LED signs that say “welcome” in more than 70 languages, which the Bass might acquire. 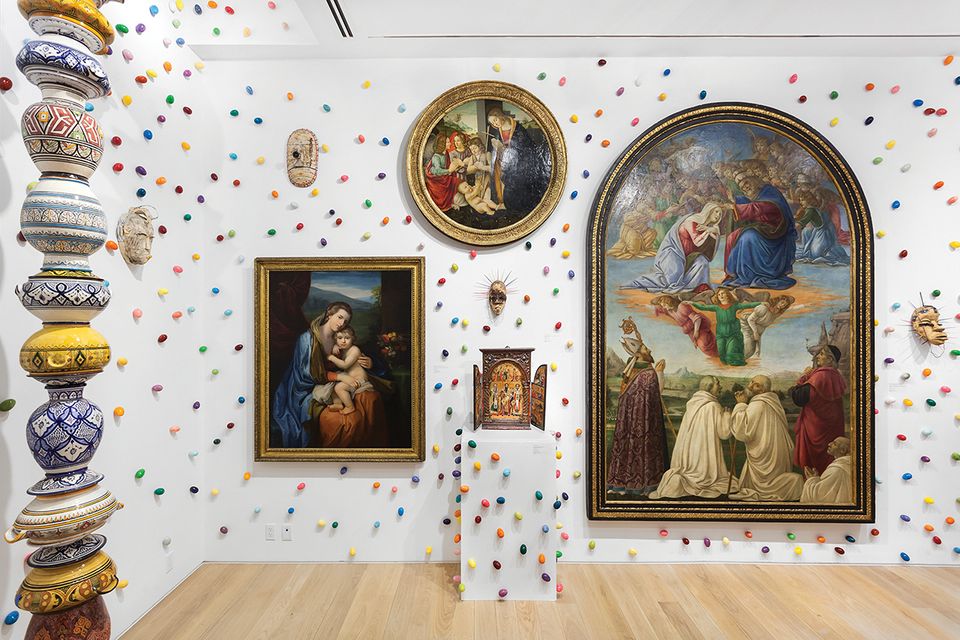 Installation view of Pascale Marthine Tayou's exhibition Beautiful, which includes work by the artist as well as historical works from the Bass’s inaugural collection Zachary Balber. Courtesy of The Bass, Miami Beach

The museum is saving the opening of the New York-based artist Mika Rottenberg’s eponymous show (7 December-30 April 2018) until Miami Art Week next month. This will present video and mixed-media installations, such as the humorous NoNoseKnows (Artist Variant) (2015), which was first shown at the 2015 Venice Biennale.

The Bass will also show off recent acquisitions, including pieces by Tony Oursler and Cerith Wyn Evans drawn from a gift of around 80 multimedia works from the Martin and Cricket Taplin Video Collection, donated to the museum this summer.

One recent acquisition, the Swiss artist Sylvie Fleury’s large neon work Eternity Now (2015) was a successful test of the museum’s new loading dock when it was removed from the Art Deco facade in September in preparation for Hurricane Irma. The storm struck after construction works were completed but before the art was reinstalled, and did not delay the opening—timing Cubiñá calls “unbelievably lucky”.