The Wynwood space will close this year, with some works donated to the Spanish government 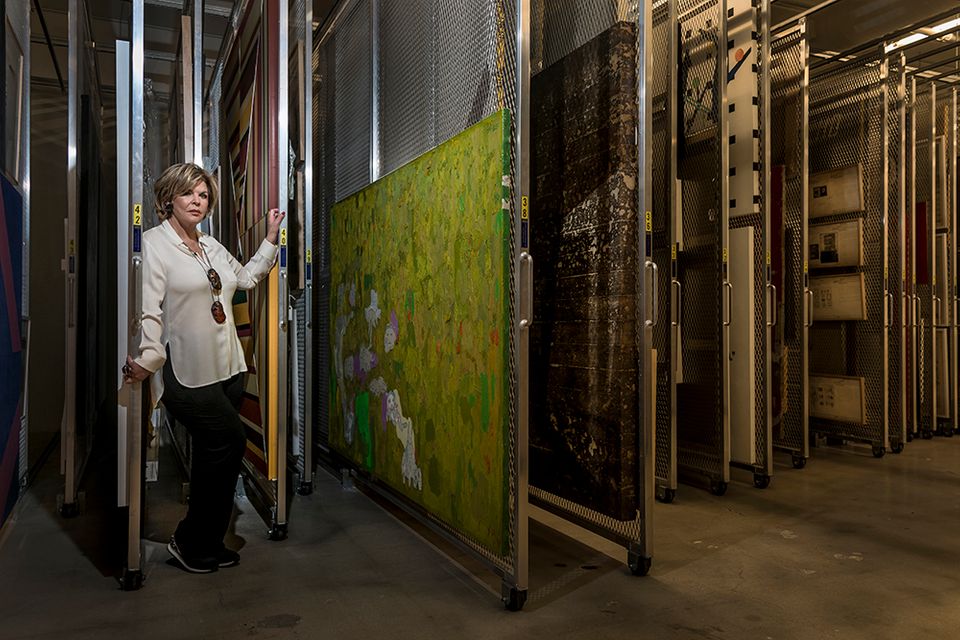 The Miami-based philanthropist and art collector Ella Fontanals-Cisneros has announced that she will donate some works from her collection of Latin American art to the Spanish government, which will exhibit them on the second floor of Madrid’s historical La Tabacalera, a former tobacco factory. The announcement follows the news that the Cisneros Fontanals Art Foundation (Cifo), which she founded in 2002 in the Wynwood district of downtown Miami, will close in April this year after a final show of works by students of the New World School of Arts in Miami.

Fontanals-Cisneros launched her Miami space around the same time other cultural hubs, like the Margulies Collection at the Warehouse and the Rubell Family Collection, sprouted in the once derelict neighbourhood of North Miami. The 13,000 sq ft space was converted from an industrial warehouse by the architect Rene Gonzalez, best known for creating opulent South Beach homes, who devised a glass tile façade depicting a bamboo jungle. Over the years, the space has awarded grants to emerging Latin artists and organised shows drawn from Fontanals-Cisneros’ collection, which spans more than 3,000 pieces by important Modern and contemporary artists like Carmen Herrera, Cildo Meireles and Horacio Coppola.

The new Madrid destination, to be called the The Contemporary Art Collection of the Americas and created in liaison with the Spanish ministry of education, culture and sport, is currently being revamped to add more than 50,000 sq ft of exhibition room. The space will also include works from another international institution, which will be announced at a later date. Fontanals-Cisneros says that “creating my collection has brought me great joy [but] it brings me greater joy to share the art with the world”, adding that rehousing the collection ensures that “the public will be able to experience the broad array of [art] that I’ve acquired, [and] that it will always be available and accessible to the public”.