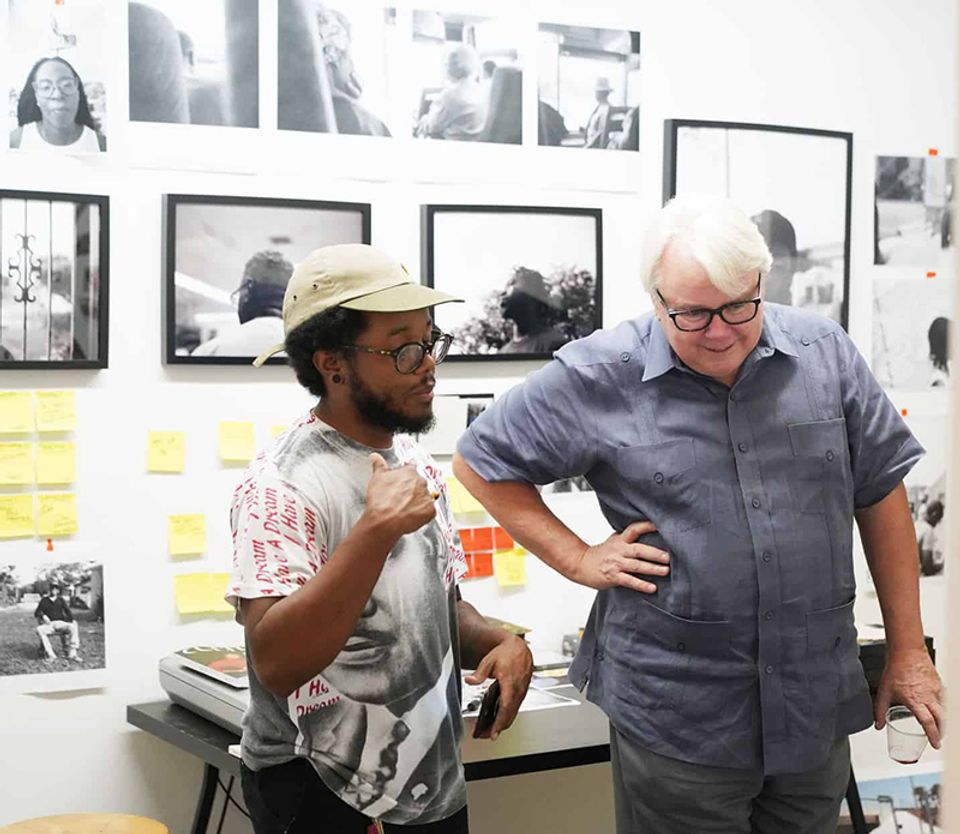 The organisation formerly known as Art Center/South Florida this week announced a spiffy new name, Oolite Arts—after the coral and seashell bedrock on which Miami stands—and plans for a purpose-built facility on the city's mainland that will expand its residency and public programmes. “We really want to build a facility for artists that reflects the ambitions we have, both for Oolite Arts and the artists in our community,” says the local collector and philanthropist Dennis Scholl, the organisation’s president and chief executive.

Established in 1984 to “help artists help themselves” through affordable studio space, according to its founder Ellie Schneiderman, Oolite Arts now offers multiple residency programmes including a studio residency programme, a cinematic artist residency and an international exchange programme, as well as community classes, outreach and exhibitions. It has supported artists such as Teresita Fernandez and William Cordova, and recently launched a programme of monetary visual arts awards (the Ellies) and a curator lecture series in partnership with the local arts non-profit Locust Projects.

Oolite Arts’s new space will be on a 50,000 sq ft property the organisation purchased on 72nd Street in the Little River neighbourhood in the City of Miami, about a half-hour drive from its current home in Miami Beach off of what is now a prime retail and pedestrian thoroughfare, Lincoln Road. “We’re excited that we’re moving to a location in which artists play a very important role in the neighbourhood,” Scholl says. “This is where a lot of Miami’s artists have moved over the last decade or so.”

Oolite sold its 1932 corner building at 800 Lincoln Road, a prime pedestrian retail and restaurant thoroughfare, to a local real estate developer in 2014 for $88m, which is to reopen as a retail space. It has held onto its other Lincoln Road building and an adjacent parking lot to run its residencies and community programmes.

The firm Jones|Kroloff is heading up an international search for an architect to design the new space, which is due to open in 2022, with a groundbreaking planned for September 2020. With the wide net, “we’re hoping whoever we choose is going give us a signature building”, Scholl says—that will make you go “oooh”, as in Oolite Arts, he adds.

The space will be “a 21st-century home for artists in our community”, Scholl says, with studio spaces that allow artists to “make work in a way that is most favourable to them” as the top priority. Oolite plans to expand its available studio space up to 50%, offering more free studio spaces than at its current home. It also plans to have a “maker’s space” for heavier, more unwieldy techniques like welding. (“When artists are making, it can be noisy!” Scholl says.)

The second priority is “to have a building that is inviting to community so that sharing goes on—you want to find a way for there to be spaces in the building where exchanges of ideas can take place”, Scholl says. “We’re anxious to build a building that has more classroom space,” Scholl says. Already, the organisation offers around 200 classes per year open to the community, such as drop-in figure drawing and printmaking sessions, workshops like filmmaking and screen printing and multi-week courses on oil painting and other techniques. The new building will have other public spaces such as a theatre.

Oolite Arts has already established ties with the local community, and youth are “the first [people] we reached out to”, Scholl says. At the end of March, Oolite Arts is launching a video-making programme for students St Mary’s Cathedral School, located two blocks from the new property, in which students will direct and produce their own videos with the help of artists that “will take direction from [the students]—not tell them what to do”, Scholl says.

There will also be gallery space in the new building to continue Oolite Arts’s exhibition programme, which shows work by both local and international artists, currently the Miami photographer and Oolite resident Terence Price, his first show. While Oolite sometimes commissions works for exhibitions, it does not currently have its own collection. However, “if we have a 40,000 sq ft building, it might be time to consider beginning to build a collection”, Scholl says.