"It's censorship", the artist says of curators' denials to suspend work that is part of show on the artistic legacy of the Gulf War 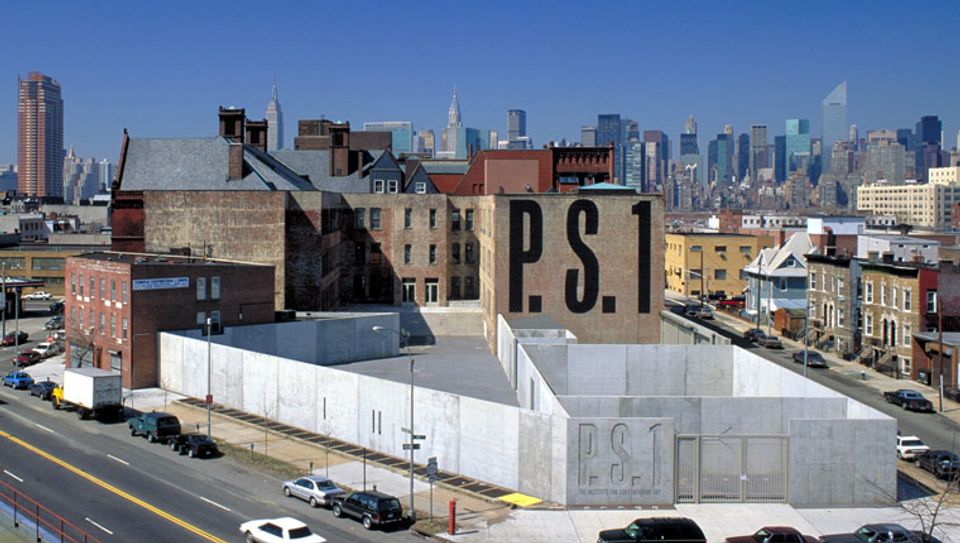 Days before Theater of Operations: The Gulf Wars 1991-2011 opened at MoMA PS1, the museum’s curators were scrambling to deal with several crises. A group of Iraqi artists involved in the show were barred entry from theUS because of President Donald Trump’s travel ban. The UK artist Phil Collins unexpectedly withdrew his work from the exhibition in protest of MoMA’s alleged investments in private prisons and ICE detention centres, informing the press about his decision before he told the museum. Shortly thereafter, the Iraqi-American artist Michael Rakowitz made a request of his own: “Press the pause button on my video, Return, so that we can discuss some recent events.”

But chief curator Peter Eleey and curator Ruba Katrib asked Rakowitz for a discussion before he made any decisions, the artist says, and he agreed to meet. On 3 November, he sat down with the curators and MoMA PS1’s new director, Kate Fowle, alongside other participants in the exhibition. Rakowitz’s position was that the museum had an obligation to heed Collin’s request for MoMA’s divestment from board members like Larry Fink, the CEO of the hedge fund Blackrock, and its chairman Leon Black, whose equity firm Apollo Global Management owns the military security group Constellis. (The private defence company acquired and restructured the firm Blackwater, which was banned from operating in Iraq after charges that its staff committed war crimes there.)

And if the Manhattan museum would not oblige, Rakowitz said, then the Queens affiliate PS1 must divest from its parent institution. According to the artist, the curators stressed that the museums have two distinct boards and that Theater of Operations was not the right venue for such a protest. But the artist was disappointed when the conversation turned to Collins. “How they described Phil was totally inappropriate,” Rakowitz says. “They tried to make it seem like he was being opportunistic because he was already doing an exhibition about prison abolition in Montreal.”

MoMA PS1 responded to The Art Newspaper’s request for comment: “From the inception of this exhibition in 2017, we’ve been fully committed to open communication with artists around the presentation of their work and how to amplify the crucial topics this exhibition explores. MoMA PS1 is committed to addressing timely issues, and respects the rights of all artists to decide when and where to show their work. With the presentation of Theater of Operations, we remain focused on the global effects of the Gulf wars in Iraq—particularly in the context of the current political turmoil there.”

Earlier this year, Rakowitz made headlines when he decided to pull out of the 2019 Whitney Biennial ahead of the exhibition in protest of the museum’s vice-chairman Warren Kanders, who owns Safariland, a manufacturer of security gear including tear gas canisters. Months after that decision, eight participating artists announced their intention to withdraw their work from the biennial, and Kanders resigned from his post. This time around, Rakowitz has chosen to stay in the exhibition to support the more than 30 Iraqi and Kuwaiti artists, many of whom are being shown in the US for the first time. “It is not the artists who need to depart,” he writes in the protest statement he wanted to post at MoMA PS1, “it is museums’ dysfunctional and abusive relationship to toxic philanthropy that should go away.”

After his initial meeting with curatorial staff, MoMA PS1 reached out to say that they would be willing to host an event about museum ethics. Rakowitz conferred with activists and exhibition participants, and found the institution’s response lacking. “This is about more than a single issue. It’s about more than one or two bad trustees,” he says. “If there’s going to be a meeting about museum ethics, then [the curator] Nikki Columbus has to be there, too.”

Last year, Columbus filed a complaint with the New York City Commission on Human Rights, asserting that MoMA PS1 discriminated against her when the museum allegedly terminated her job application after managers found out that she was pregnant. She specifically named Eleey in the complain, saying that the chief curator recruited her for the associate curator of performance role but rejected her after she informed him of her pregnancy. In March, the museum settled with Columbus outside of court for an undisclosed sum.

“It’s all so entangled,” Rakowitz says. “The museum invited this conversation to happen on their terms, but that isn’t decolonisation, divestment, or accountability. This has to be led by communities that have been impacted.” Furthermore, the museum still declined his request to pause his video work or post his letter. He twice more requested the change and was twice more refused.

While artists may have disagreed about his decision to protest the museum, fearing that such an action might eclipse the Middle Eastern artists being shown there, there was overwhelming agreement that the museum had erred here. “It’s censorship,” Rakowitz says. Curators defended that they wanted to keep the exhibition intact, but the artist says that his loan documents nowhere indicate that he is barred from altering his own work, which is an ongoing project. He considers their efforts to prevent him from changing the work as damaging to its integrity.

“PS1 is a home for art and I respect all that has been done here by artists since the 1970s when it first opened,” Rakowitz writes at the end of his protest letter. “I would hate to depart.”

At the museum’s press preview back in October, the ensuing friction between artists and curators was unapparent. “War is a relationship,” Eleey told reporters. “Museums can reflect back to us versions of our own history.”