Hauser & Wirth to show the artists Kandors series, based on the comic book's bottled city

Hauser & Wirth is set to stage the first US exhibition to focus exclusively on the late artist Mike Kelley’s Kandors series, a body of work named after the capital city of Krypton, the alien birthplace of the DC comic book hero Superman. Opening in gallery’s downtown New York space next month (10 September-24 October), the show will include sculptures and majors installations all depicting the miniaturised city.

According to the comics, Kandor was the only piece of the planet to survive destruction. The arch villain Brainiac shrank the city, but it was rescued by Superman who placed it under a bell jar in the Fortress of Solitude, his secret sanctuary in the North Pole.

Kelley began working on the Kandors in 1999 and continued to do so over a period of several years. The series reveals aesthetic changes in Kelley’s output as he developed his formal interests in colour and light. The works also reflect the late artist’s interests in conflating high and low culture, as well as his meditations on melancholy, loss and displacement—Kelley said Kandor was a “perpetual reminder” of Superman’s “inability to escape his past, and his alienated relationship to his present world”.

The exhibition is Hauser & Wirth’s first dedicated to the artist since taking on his estate earlier this year. The centerpiece of the show is Kandor 10B (Exploded Fortress of Solitude) (2011), a vast bunker-like work which is “one of the most important installations in Mike’s career,” says Paul Schimmel, a partner in Hauser Wirth and Schimmel, the 100,000 sq. ft gallery scheduled to open in a former flour factory in Los Angeles next year. Schimmel was formerly a co-director of the Mike Kelley Foundation. 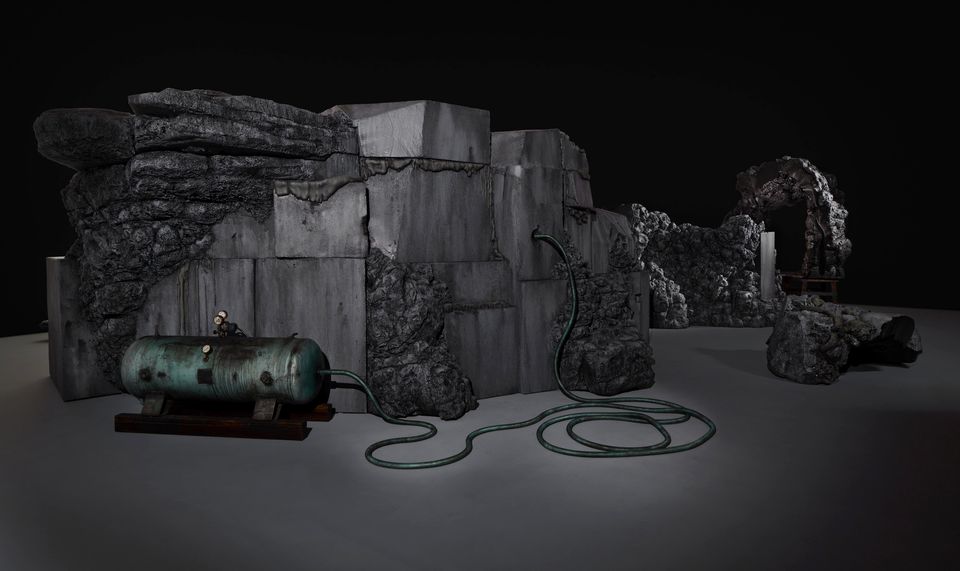 Schimmel says that the installation “started out as a cave, and in a sense exploded out. The subject goes back at least to Plato’s cave, to cave drawings, to Nazi war bunkers”. He says that the gallery is in “no hurry” to sell the work, the price of which is undisclosed.

“Burial became a theme in Mike’s last major works—for example, the Homestead Project with its tunnels,” Schimmel says. “Mike’s work returns to this notion of home, both its regenerative and destructive powers. Home is a source of nourishment but also a place of weakness, and even mortality.