With a grant from the Art for Justice Fund, Xaviera Simmons draws inspiration from Jacob Lawrence’s Migrations series 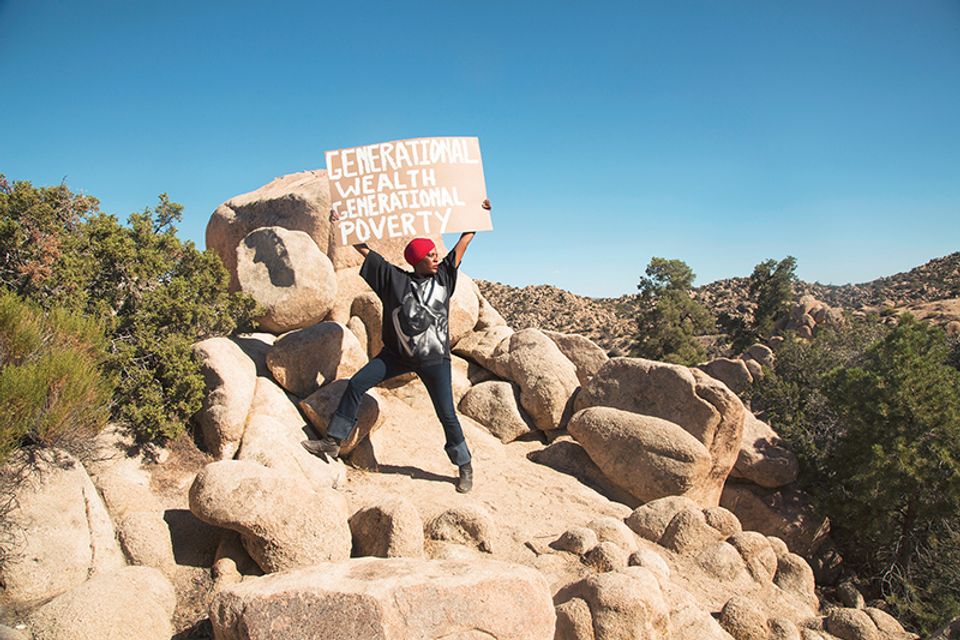 “I feel a sense of urgency,” says the artist Xaviera Simmons, who spent the summer working with youths at Recess Assembly in Brooklyn, a community service programme that offers young people caught in the justice system an alternative to jail time. “When you’re working with youth, there’s a sense of urgency on both ends. They’re young, so they don’t know the history [of this country],” Simmons says. “You see the knowledge they need to have.”

Sharing that knowledge is the focus of a project that Simmons is working on with a grant she received this year from the Art for Justice Fund. Titled Continuum, Simmons’s project will be modelled on Jacob Lawrence’s landmark Migration series, a set of 60 painted panels on the mass movement of African Americans into the North starting during the First World War, with accompanying texts. Simmons says the inspiration is both formal and conceptual; she’s interested in Lawrence’s mix of abstraction and figuration and attention to colour and pace, as well as his overall intent. “That’s a monumental body of work that helps you understand a very specific moment in time that still has ramifications today,” she says. "How do I use that model as a framework to tease out a larger history?"

Simmons’s response will consist of somewhere between 52 and 60 works in a range of media—text-based paintings, photographs, videos, interviews with formerly incarcerated people—that together will attempt to tell the history of black Americans. It will deal with “how you get from slavery to reconstruction to migration to how white supremacy has continued to grow and white generational wealth has led to black generational poverty”, Simmons explains. With those points as touchstones, the project will also attempt to define some of the language that is used today in discussions of issues like mass incarceration, and present possibilities of redress for systemic racism, such as reparations.

Simmons has begun her research and created preliminary images, some of which will be on view in her solo show opening in September at Miami’s David Castillo Gallery. But she's still grappling with questions about the overall form of the project. “How do I make that into something materially interesting and engaging and, at the same time, educational?” the artist says. “How do I embed the materials that I use with enough information so that you can glean a lot of it?”

Simmons adds that her sense of urgency stems not only from working with youth at Recess but also from realising, especially since the election of Donald Trump, that information she thought was widely known isn’t—even though it is widely available. “We’re living in a time where people really don’t have any idea why we are the way we are,” she says. “There are reasons why we have the highest rate of incarceration in the world, and why the majority of those people are black.” We need to go “backwards to understand our present. It’s about how concerned of a citizenship we are to make change.”