MOCA Cleveland apologises to black artist whose show it cancelled

Shaun Leonardo, who depicted victims of police violence, has accused the museum of censorship 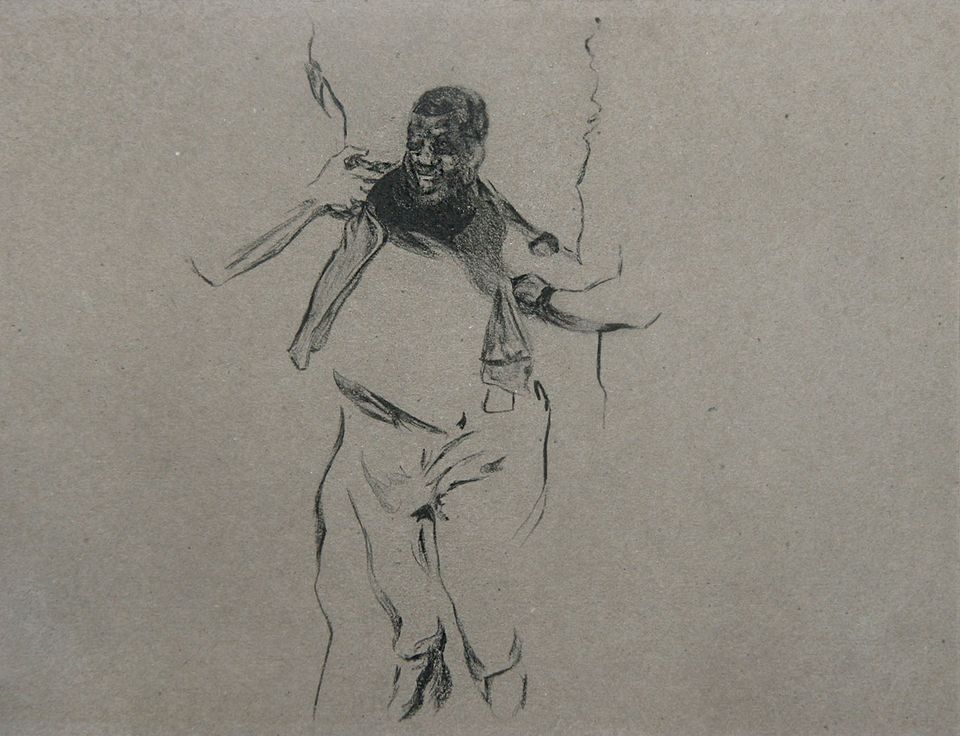 The Museum of Contemporary Art (MOCA) Cleveland has apologised to a New York artist for cancelling a show of his drawings depicting police killings of black and Hispanic men and boys. The black multidisciplinary artist, Shaun Leonardo, has accused the museum of “institutional white fragility” that led to an act of censorship.

“I would like to acknowledge our failure in working through the challenges this exhibition presented together with Mr Leonardo,” the museum’s director, Jill Snyder, wrote in the apology, posted at MOCA’s website. “In doing so, we failed the artist, we breached his trust, and we failed ourselves.”

She added, “We prevented ourselves and the community from having the difficult and urgent conversations that contemporary art seeks to advance.”

Titled The Breath of Empty Space, the show had been scheduled to open at the museum last week. MOCA has been closed since March in response to the Covid-19 pandemic.

The controversy has unfolded against the backdrop of massive protests against police violence and racial injustice in scores of American cities after the killing of George Floyd by the police in Minneapolis last month.

The museum says that the apology followed an earlier one it extended to Leonardo in March when it dropped the exhibition from its schedule. It said then that Cleveland activists and some museum staff members had signaled that “we were not prepared to engage with the lived experiences of pain and trauma that the work evokes”. Leonardo did not share the museum’s statement publicly at that time.

The second apology followed the release of a statement by Leonardo on Saturday saying he viewed the cancellation of the show as censorship. “I must make it clear that I was never given the opportunity to be included in outreach, and therefore, never had a moment to engage any community member regarding the show,” he wrote. “What has become evident to me since the receipt of this [March] letter, is that after grave mishandling of communication regarding the exhibition, institutional white fragility led to an act of censorship.” He noted that the show would have opened the previous day had it not been for the museum’s decision.

Leonardo emphasised that the drawings had elicited “nuanced and complex conversations” when The Breath of Empty Space was presented earlier this year at the Maryland Institute College of Art in Baltimore, where Freddie Grey, one of the police victims depicted in the show, died in 2015. The exhibition “posits a simple act of resistance: to excavate these optical memories, sifting through their noise,” a critic wrote in The Brooklyn Rail. “In his repeated drawings of news photographs surrounding violence against black men, Leonardo builds a system that questions a singular image’s capacity for truth-telling.”

“While I lament missing the opportunity to engage folks in Cleveland, I know there is much more needed from me and much more to come,” Leonardo wrote in his statement. “If what we are bearing witness to in this current unveiling of systemic violence against black citizens, reminds us of anything, it is that as a country we have yet to reckon with the entrenched racism that I argue can only truly be located in people's bodies and psyches.”

“For now, I will tend to my family while I quietly build with the integrity I hold for myself and the possibilities I seek in my work to break white silence and force us, collectively, into a difficult, yet necessary process of interrogation,” he added.