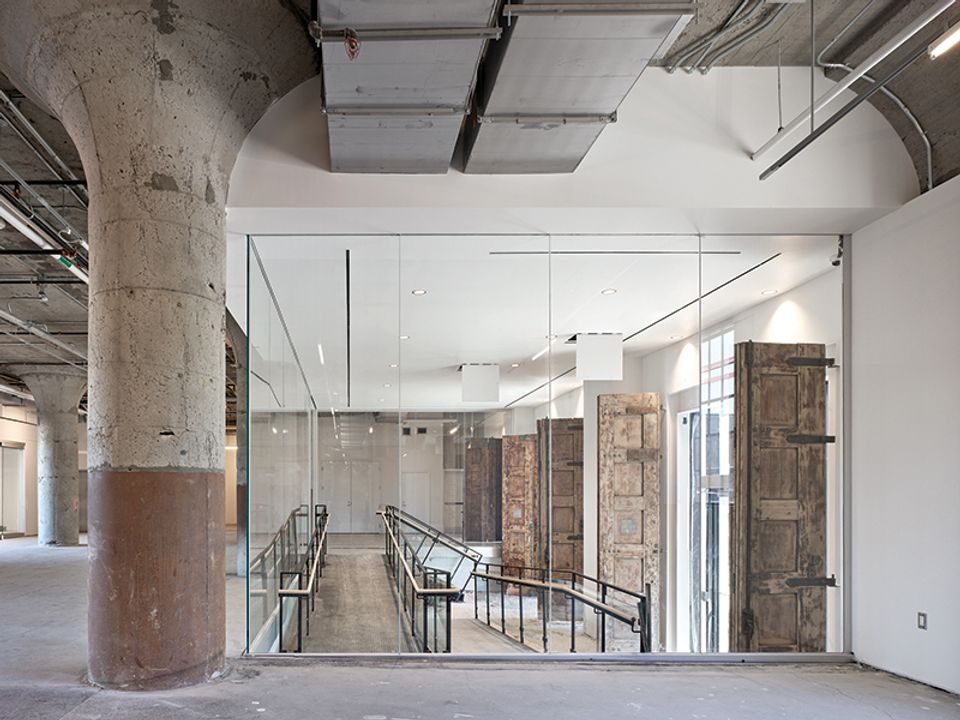 The new home of the Museum of Contemporary Art in Toronto (MoCA), due to open in the city’s century-old industrial Tower Automotive Building on Saturday (22 September), will host both art and artists themselves.

Formerly the Museum of Contemporary Canadian Art (Mocca), the institution now occupies 55,000 sq. ft of the ten-storey building’s first five floors, more than double the size of its previous home, which closed in 2015. MoCA is nearing its CA$25m capital campaign goal for construction and operating costs through public and private funding.

The museum has a “front-porch feel”, says Heidi Reitmaier, MoCA’s director since January and a Toronto native. The ground-floor space, which has free entry, will host The Invitation Project, a rotating presentation of site-specific and participatory works. Kicking off the programme is Andreas Angelidakis’s Demos: A Reconstruction (until September 2019), which has 74 modular foam blocks that visitors can move around to create seating and other structures.

This ethos of welcome extends to artists. MoCA has leased space on its fourth floor to the Toronto arts non-profit Akin Collective, which will provide studios for 32 local artists, curators and writers and stage workshops and open-studio events.

On two other floors, an inaugural show, BELIEVE (until 6 January 2019), will feature work by 16 local and international artists, including the Vuntut Gwitchin First Nations artist Jeneen Frei Njootli, a site-specific commission by Barbara Kruger and a new work by the photographer Awol Erizku. “We are interested in putting Canadian art in a global perspective,” Reitmaier says.

MoCA is also launching Art in Use, which was conceived with Tania Bruguera and Asociacion de Arte Útil and consists of a series of workshops and around five independent artist projects that ask: “How can art and museums be useful?” Hiba Abdallah and Justin Langlois are presenting the inaugural exhibition, on view through November, which looks at how value can be found in disagreement. Bruguera is due to present a site-specific work for the project next year.

Reitmaier says the museum has plans to start a permanent collection focussed on works by living artists.