As US levies toughest sanction yet on China for its destruction of Hong Kong’s relatively free political system, Weiming says he wants to pay tribute to the "people's fight for freedom" 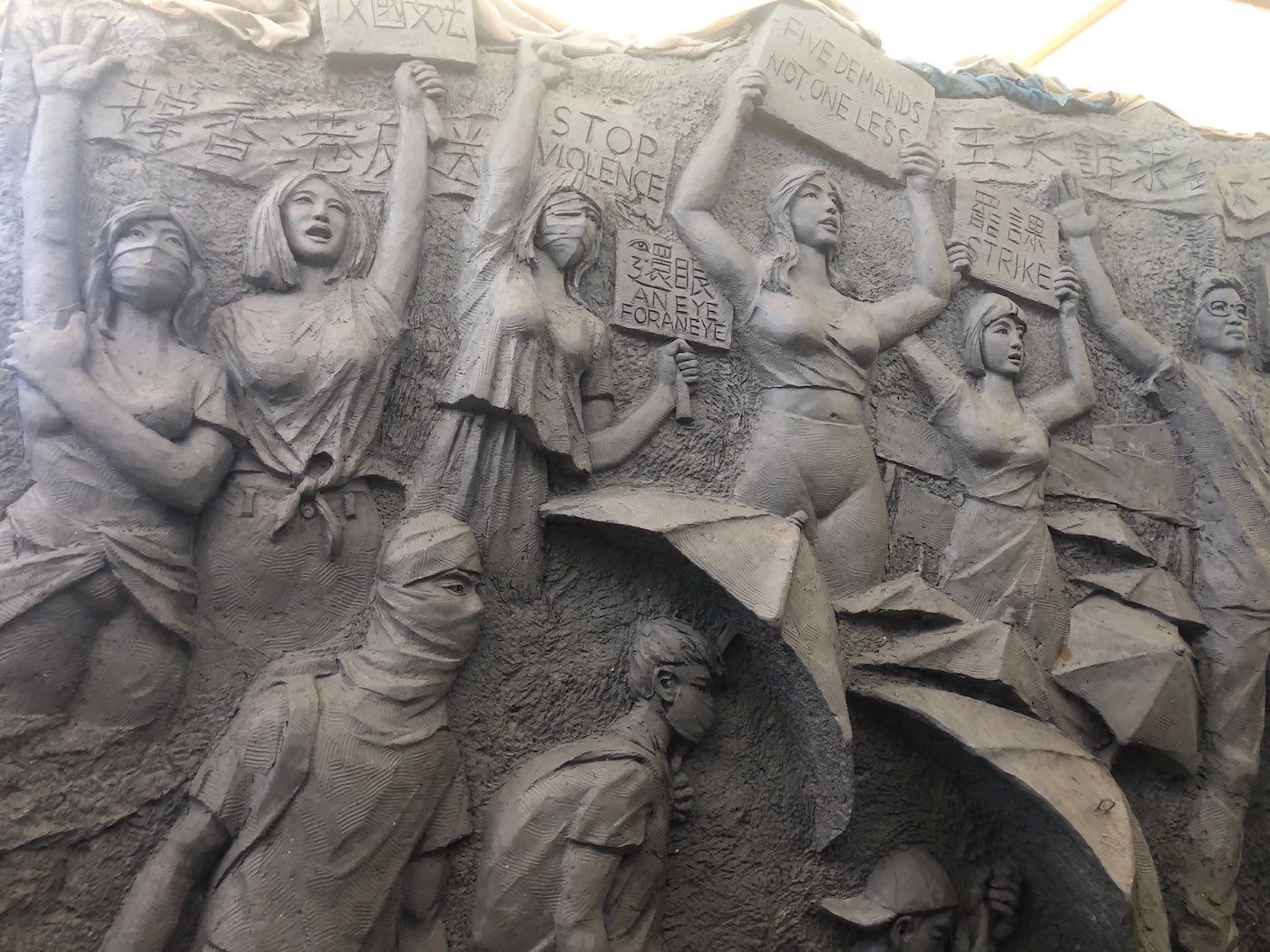 Some of the iconic scenes of Hong Kong democracy protests will be preserved permanently through a monumental sculpture by the California-based Chinese artist Chen Weiming, who wants to pay tribute to the protesters and the city that has been supporting the democracy movement in mainland China for the past three decades.

“I want to portray the Hong Kong people’s fight for freedom and their will to sacrifice with my sculpture,” Chen says. “I’m a supporter of democracy and [I was] very moved when I saw the protests.” Speaking from his studio two hours north-west of Los Angeles, the US-based sculptor says Hong Kong helped those who took part in the 1989 Tiananmen Square protests and he hopes the work could also be seen as a gesture of gratitude to Hong Kong from the mainland Chinese.

On Thursday, two dozen democracy advocates in Hong Kong were charged with taking part in an annual vigil honouring the victims of the 1989 Tiananmen Square protests, the latest sign of a clampdown on dissent in the semiautonomous Chinese territory that is threatening freedom of expression within the region's cultural sector. Today, the US Treasury Department placed it toughest sanctions yet on Hong Kong leader Carrie Lam, following months of tension as she has allowed continued overreach by Beijing to subvert Hong Kong's autonomy.

Weiming's five-metre-high sculpture will depict five scenes that have been captured in the news, Chen says, including peaceful protests and the now iconic umbrellas used by demonstrators to shield themselves from tear gas and police brutality. The scenes are arrayed around a landscape shaped like the Lion Rock, the Hong Kong mountain that is a symbol of the city’s unfailing spirit.

Chen is self-funding his sculpture with donations from supporters and because of limited resources, the sculpture will be cast in concrete rather than copper as initially conceived. The monument will be installed along with other works at the Liberty Sculpture Park in Yermo, California, a small town in the Mojave Desert. Chen started developing the 36-acre site into a sculpture park in 2017, intending to turn it into a memorial to those who fought for democracy, including the Oglala Sioux chief Crazy Horse and “Tank Man” from the 1989 Tiananmen Square protests. He plans to unveil the sculpture on 30 August with a ceremony.