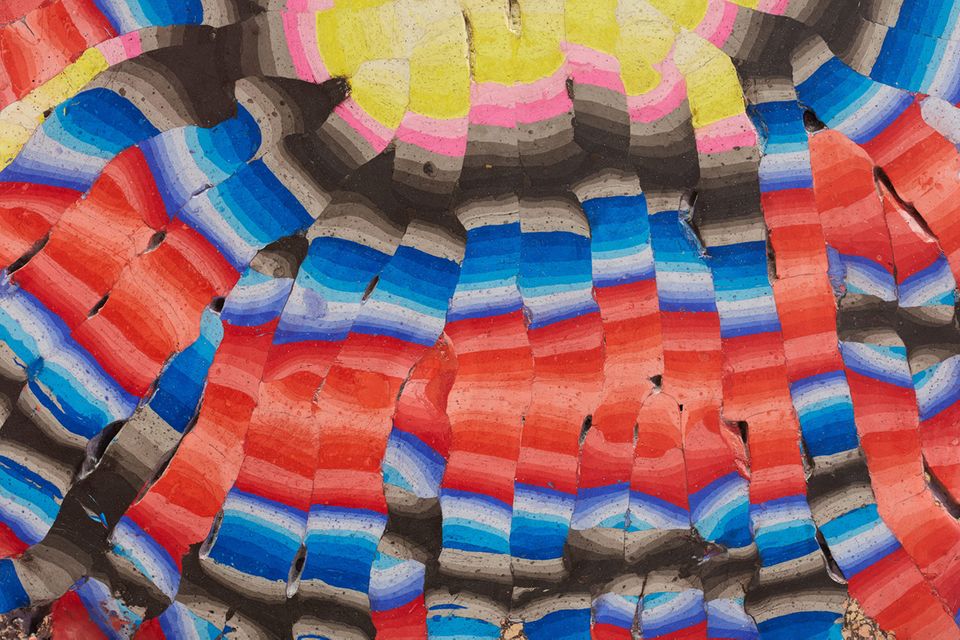 Two weeks before its reopening after a $450m expansion, the Museum of Modern Art announced today that it is installing six long-term site-specific works of art that will be on view in its public spaces when museumgoers return.

MoMA said that the works, intended as a celebration of the 21 October reopening, were created by the graphic design collective Experimental Jetset and the artists Kerstin Brätsch, Goshka Macuga, Yoko Ono, Philippe Parreno and Haim Steinbach. Five of the six works were commissioned by the museum and one was an acquisition, and several invoke the museum’s history or its contemporary reality as well as the sweep of art history.

Experimental Jetset, based in Amsterdam and founded in 1997 by the artists Danny van den Dungen, Marieke Stolk and Erwin Brinkers, has created an installation for the museum’s Café 2 that refers to two historic architectural sites, the museum says. One is the 1928 interior of Café L’Aubette in Strasbourg, France, a collaboration between artists Theo van Doesburg, Sophie Taeuber-Arp and Jean Arp, and the other is Philip Johnson’s 1964 extension of MoMA, in which Café 2 is located. Experimental Jetset has incorporated the colours and use of relief seen in the De Stijl-style French restaurant into metal panels that echo the two curved edges of Johnson’s windows, the museum says; walls and placemats quote texts related to Modernist theories of colour and space.

Brätsch, who is German-born and based in New York, has developed a multipart installation in a range of mediums evoking brush strokes for the Petrie Terrace Café titled Fossil Psychics for Christa. Working in collaboration with the Italian decorative painters Valter Cipriani and Carolina D’Ayala Valva, the artist developed colours for the restaurant’s hand-painted tempera walls that were based on research into pigments used in Italian Renaissance paintings, MoMA says. Brätsch also worked with Cipriani to make 35 reliefs for the walls that evoke marble as well as “fossil-like fragments and fantastical creatures”, it adds. A custom wallpaper incorporates dinosaurs, coloured marbled stone and cutouts into the museum’s signature black marble motif. 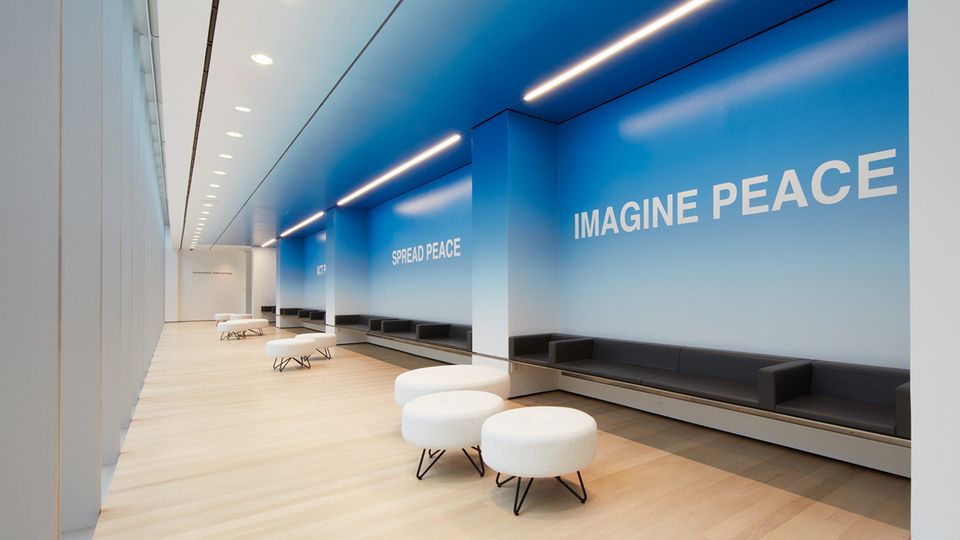 Ono’s commission for the Louise Reinhardt Smith Gallery, titled PEACE is POWER (2019), covers the walls and ceiling of the space with blue sky, described as a recurring motif in her practice. The title of the work appears across the gallery’s windows in 24 languages, and “yes, yes, yes” is woven into the furniture’s upholstery in Ono’s handwriting.

Inspired by the museum’s exhibition history, Macuga is installing a large Jacquard tapestry in the Cullman Education and Research Building. The artist surrounds herself with her own work as well as images of over 100 works of art from MoMA’s collection and archives for a tapestry that “frames the museum and its collection as a living entity, open to reinterpretation and reevaluation”, the institution says. 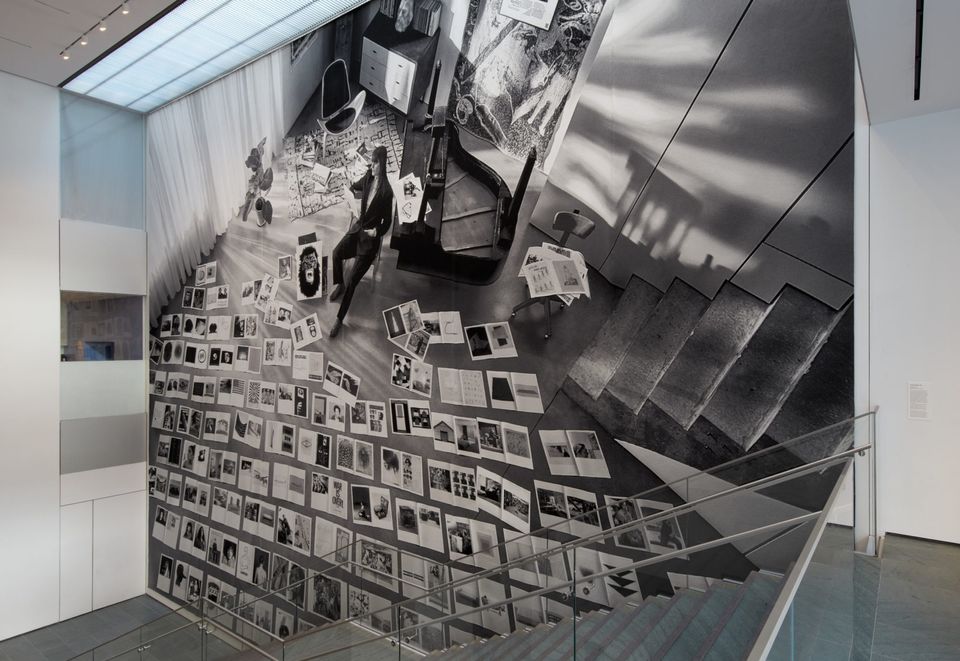 Steinbach’s hello again (2013), just acquired by the museum, consists of phrases and slogans that he has pulled for decades from newspapers, magazines and books and will be installed in the museum’s main lobby. The scale of the font is adjusted to the dimensions of the wall where it is installed, MoMA says, allowing the language to become an image.

Also in the main lobby is what Parreno describes as a “sensible and sentient automaton that perceives and reflects”, consisting of a series of interconnected objects incorporating motorized sculptures, light, video animation and sound. The work, Echo (Danny the Street), moves in response to data culled from its surroundings in real time, the museum says, taking different forms throughout the day and forging “a space as a being”.