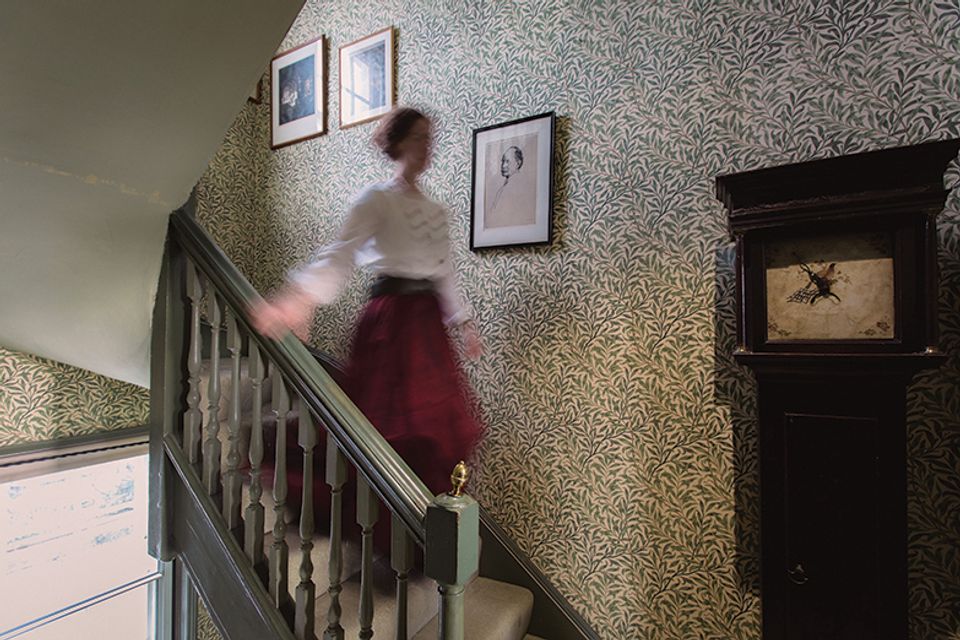 The shutters and blinds of a tall narrow house by the Thames, closed for more than a year in the long slumber forced on museums by the Covid-19 pandemic, have opened again. A handful of pre-booked visitors, roaming under as little light as possible, will once more be admitted this summer to the cramped rooms of Emery Walker’s House in London.

Any visit is perilous: every space is crammed with treasures of Arts and Crafts furniture, textiles, ceramics, paintings and books, as well as what is believed to be the largest collection anywhere of hand-printed William Morris wallpapers still on their original walls. The inventory of unique contents begins inside the front door, with the only known piece of Morris linoleum still on a domestic floor.

Walker was a coach builder’s son who left school at 13 and became a printer, type designer, photographer, antiquarian, socialist, founder member of the Art Worker’s Guild—and avid collector. George Bernard Shaw called him “an almost reprehensibly amiable man”. Philip Webb dubbed him “the Universal Samaritan” and left him almost all his possessions, including beautiful furniture still in the house. Morris, who lived a ten-minute walk downstream, said “the day was not complete without a sight of Walker”—and they did meet daily for years.

Their daughters May Morris and Dorothy Walker were best friends and next-door neighbours for 30 years. May lavished gifts of her own embroidery work, including curtains from Morris’s bed. Particularly touching is a bedspread embroidered all over with spring flowers that May gave to Dorothy’s mother: it was used as the pall on her coffin in 1920, Emery’s in 1933 and Dorothy’s in 1963. In 1999 it decorated the coffin of Elizabeth de Haas, Dorothy’s housekeeper and companion, who devoted her life to preserving the house and contents and left it to the trust that keeps it as a museum.

Among such rich contents—the inventory before recent conservation work included more than 6,000 entries—the papers covering every wall are also precious. They have been studied by experts including Adrian McDermott, who worked on their conservation, the local historian and journalist Lucinda MacPherson and Joanna Banham, a freelance curator formerly at the Victoria and Albert Museum. Some have proved very rare. 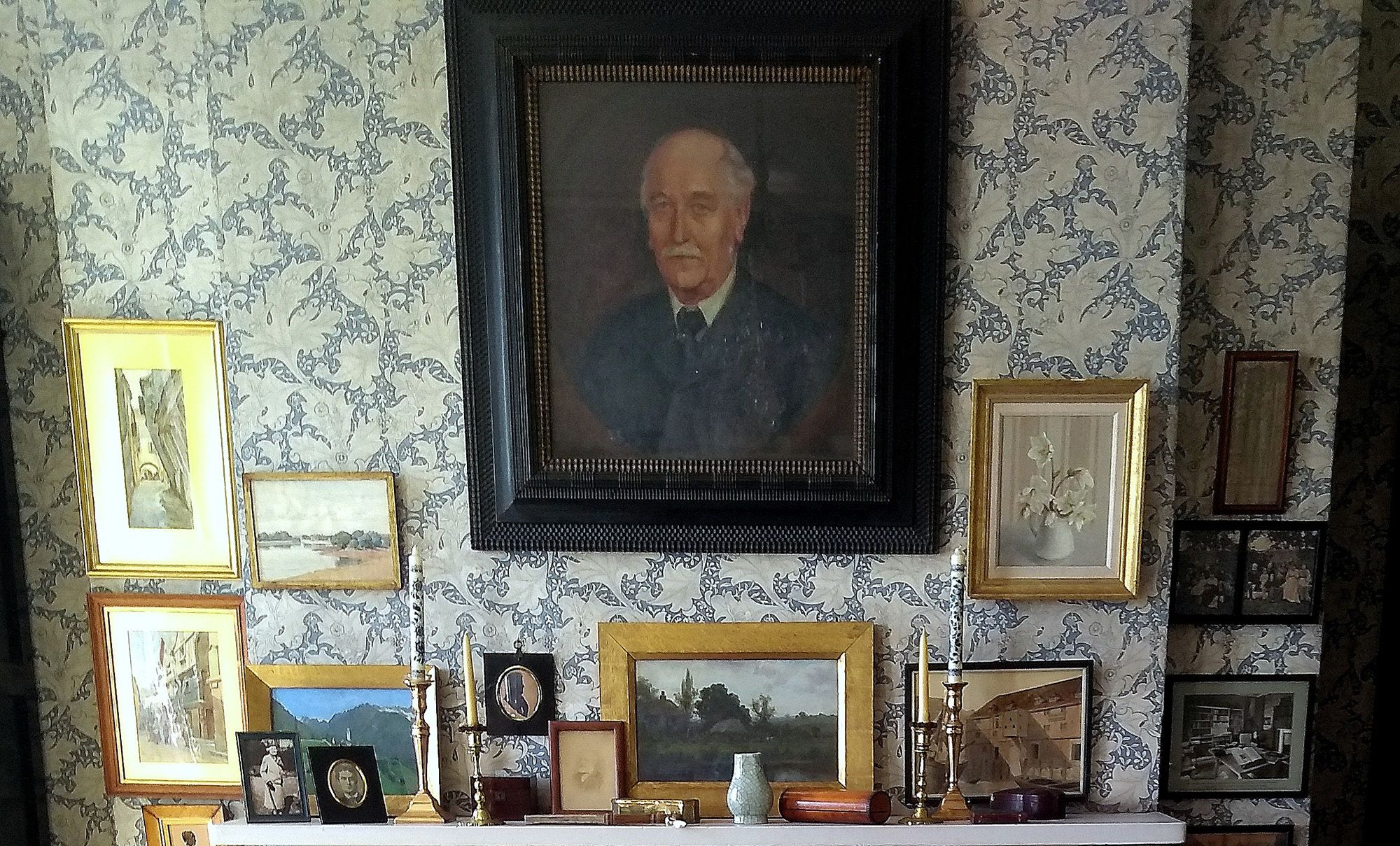 Although the full height of the stairs is covered in Morris’s most familiar pattern, the 1887 Willow Bough, the version in the dining room is the 1874 Willow, a soft blue colourway with an underlying geometric pattern. One room has a far more expensive paper, the 1890 Wallflower, a luxury bespoke design created by Morris for the Paris home of Earl Lytton, whose son gave Walker leftover rolls.

Morris himself proclaimed: “Whatever you have in your rooms, think first of the walls!” Ideally, he would have preferred every wall frescoed or covered in hand-woven textiles, but he began designing the wallpapers as a practical alternative for the common man. The simpler three-colour designs, although hand-printed from wooden blocks, sold at less than ten shillings a roll, well within reach of middle-class aspirants to the house beautiful.

The dizzying effect of layer upon layer of pattern and rich colour has entranced most visitors and sent many rushing out to buy machine-printed reproductions—although some may leave resolved to paint every wall and floor magnolia.