Authorised works have been targeted alongside illegal ones 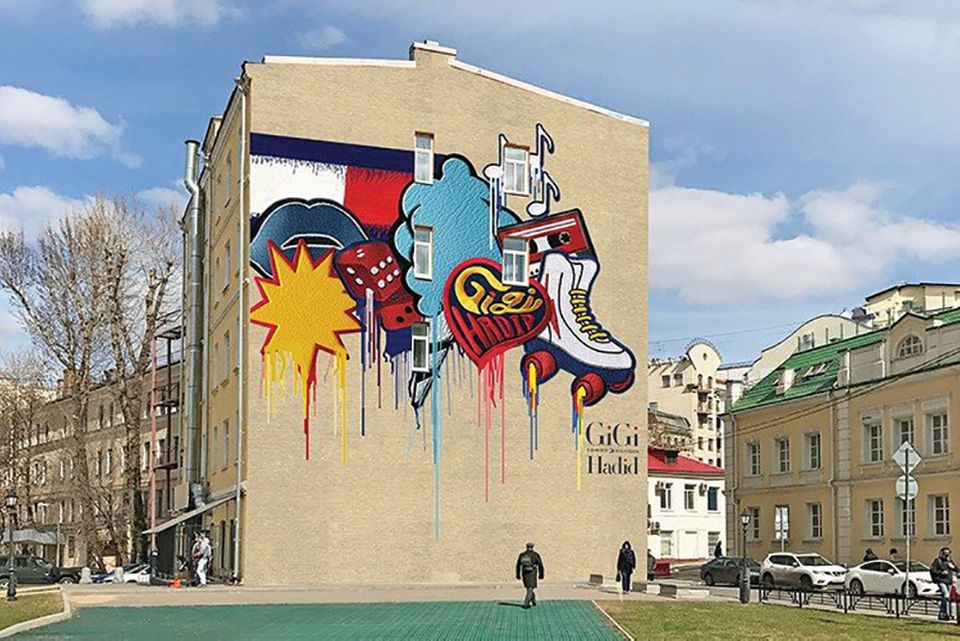 Football fans who have travelled to Moscow for the World Cup will find a city remarkably free of graffiti. In the weeks leading up to the tournament, city authorities embarked on a massive clean-up of what is known as “aerosol advertising”—property owners lease the exterior of their buildings to companies such as Nike and Aeroflot to advertise their products with graffiti.

This clean-up has coincided with the city government’s ongoing “My Street” urban renewal programme, described as “the biggest renovation programme in Moscow’s modern history”, which began in 2015.

“Graffiti is divided into two categories: advertising or vandalism,” explains the Moscow-based lawyer Sergey Glandin. “The first is usually called ‘guerrilla marketing’, which is permitted, although some restrictions now apply, whereas the second can carry a jail term.”

In recent weeks commercial graffiti, which has proliferated on residential buildings in the centre of Moscow in the past two years, has also been removed to create new advertising space for the World Cup’s official sponsors. Since 2016 the number of surfaces sprayed to advertise products had grown from 44 to 166, according to Moscow’s Department of Media and Advertising.

Before the World Cup, Fifa, which runs the event, reserved 539 surfaces for official sponsors in Moscow on the so-called protocol routes for football teams, including one of the capital’s main thoroughfares, Novy Arbat. As a result, Russia has removed commercial graffiti in these areas to comply with its obligations to Fifa and its commercial partners.

The rules governing all future graffiti advertisements have also been tightened in the run up to the tournament; one amendment to the law on landscaping requires that all advertisements must now be co-ordinated with the Architectural Council of Moscow.

Many artists who have had their work painted over, either to make way for “guerrilla advertising” or because it was illegal, believe public spaces should not be hijacked for yet more commercial gain.

“People are more interested in making money by giving their walls to advertisers rather than to artists,” says Sabina Chagina, the co-founder of Artmossphere, which organises the Street Wave Art Biennale in Moscow.

One work sprayed on the side of buildings for a festival in Moscow in 2013 was replaced last year with a Tommy Hilfiger graffiti advertisement. “It’s awful quality and disgusting to look at,” the original work’s creator Alexey Mednaya told local media. “I would sign a petition banning the painting of façades only to stop this nightmare.”

Illicit graffiti is also in the firing line. The street artist known as Misha Most says: “Street art and graffiti always get painted over but now it’s happening more because of the World Cup. Some rules are getting tighter—you can’t carry spray cans on the metro at the moment—but it will probably go back to normal after the football. Graffiti is part of the city; I’m afraid initiatives like organised murals will kill it because everyone will do it for money and no one will want to be that guy running around at night spraying.”