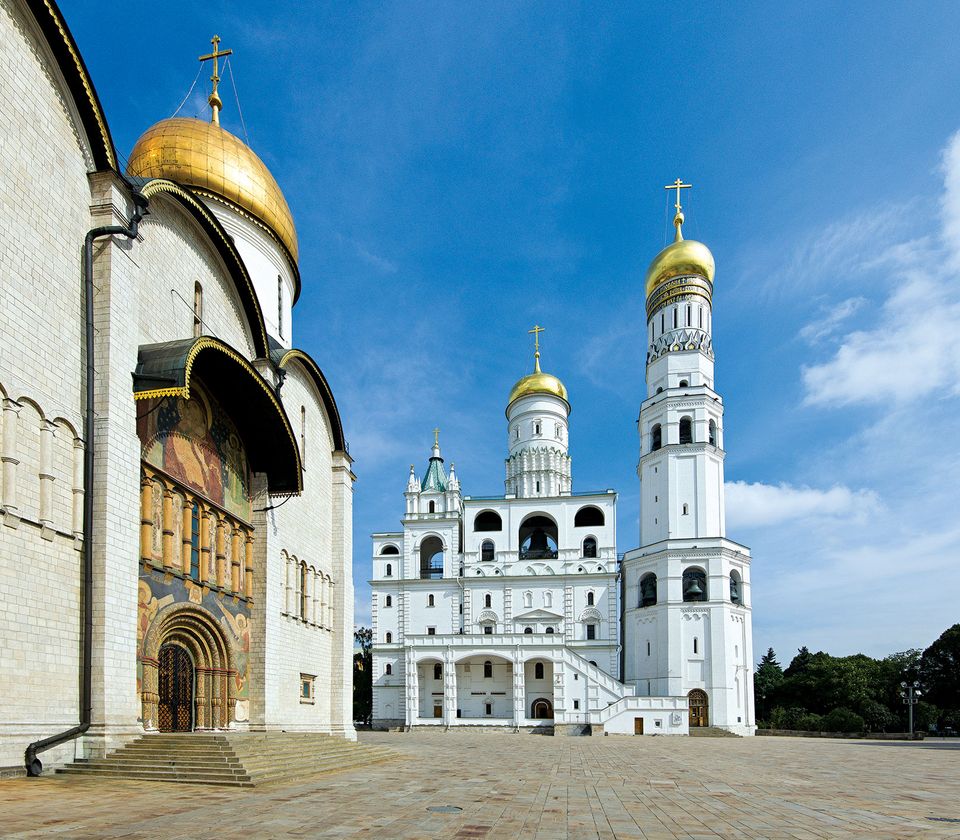 When the Moscow Kremlin Museums hosted the 2013 exhibition The Art of Restoration, it was a chance to see the normally hidden efforts of its conservation workshops. It proved to be one of the museum’s most popular shows, with around 300,000 visitors. For a few months, “restorers were like movie stars”, says Elena Gagarina, the museum’s director since 2001 (and daughter of the first cosmonaut, Yuri Gagarin).

The workshops will come into the spotlight once again this summer in the exhibition Guardians of Time: Conservation at the Moscow Kremlin Museums (12 July-13 October). Conservators from all departments—metal, paintings, textiles, and books and paper—have been involved in preparing the selection of 87 objects. Among them are the first three items of Russian state regalia in the museum ever to undergo restoration, including the diamond-studded, fur-trimmed coronation cap of Peter the Great.

The ongoing conservation campaign anticipates the museum’s expansion from the Kremlin complex—a Unesco World Heritage site, with monuments dating back to the 14th century—to a converted shopping arcade in Red Square. The move was ordered by decree of another Kremlin resident, President Vladimir Putin, in 2015. The Red Square facility, which will house new exhibition galleries, conservation workshops and part of the collections, is scheduled for completion in late 2022, Gagarina says.

Here, the curator of Guardians of Time, Irina Maslennikova, tells us more about five museum treasures that have already been restored for the display in the Kremlin’s Assumption Belfry and Patriarch’s Palace. 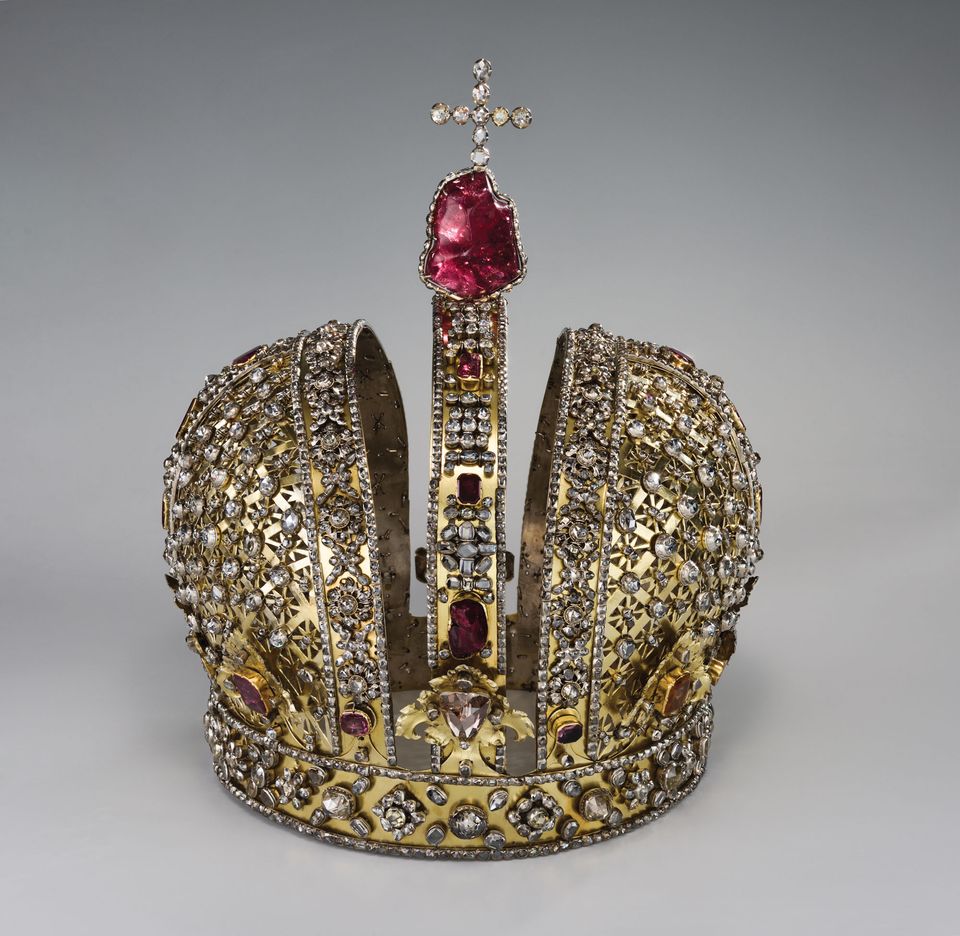 “Being part of the state regalia collection, the crown is a highlight of the permanent display in the Armoury Chamber. Restorers treated organic contamination and patina, as well as reinforcing loose gems. Only well-proven chemical compositions were used to clean the surface. This allowed us to strike a balance between an acceptable result and safeguarding the authentic look of the object. Disassembly was dangerous for the original fastenings, so we only dismantled large gem patches with threaded and clip joints made of thick metal. This complex work took us a year.” 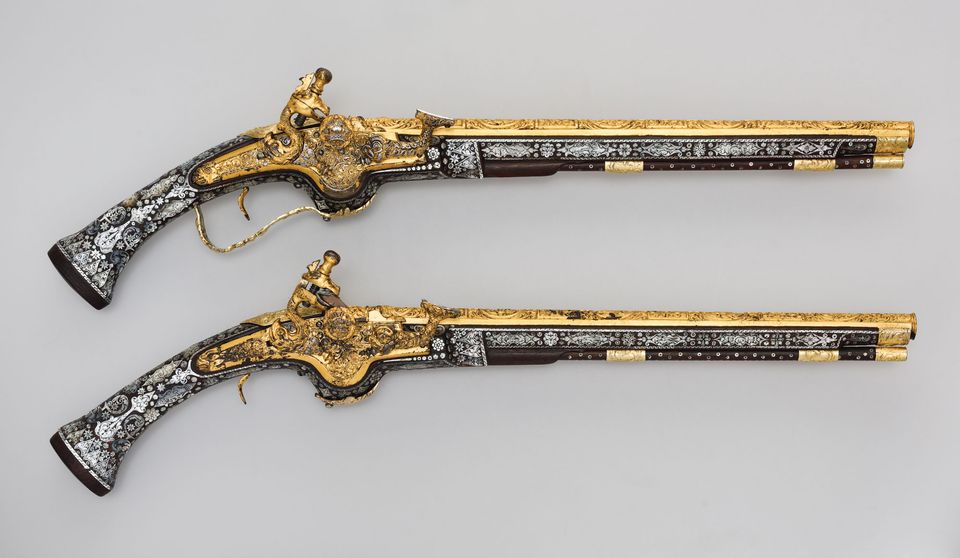 “The pistols are one of the best examples of the Kremlin Armoury’s work in the late 17th century. They belonged to Tsar Alexei Mikhailovich and were used during formal ceremonies, although they can shoot. Rich wooden, mother of pearl and gilded decoration was lost in many places due to wood warping and mechanical damages. The losses of engraving were filled by hand under the microscope. To fill a large number of mother of pearl inserts, we used 3D computer modelling that allows an almost perfect replica of the shape, volume and texture of a missing element. The conservation took three-and-a-half years.”

“During the Soviet period, two layers of paint from the 17th and 19th centuries as well as minor traces of earlier painting were discovered. A layer of drying oil lies on the 19th-century paint, which darkens with time—that is the reason for the current condition of the icon. It was submitted for conservation three years ago. We decided to clean the entire surface, meaning not to penetrate deeper. So far, we have managed to clean about a third of the huge icon (192cm by 143cm) under a binocular microscope. It is difficult to say whether there are more old layers because X-rays do not penetrate beneath the 17th-century paint. The process will take many years—it seems interesting to us to present an intermediate stage to visitors.” 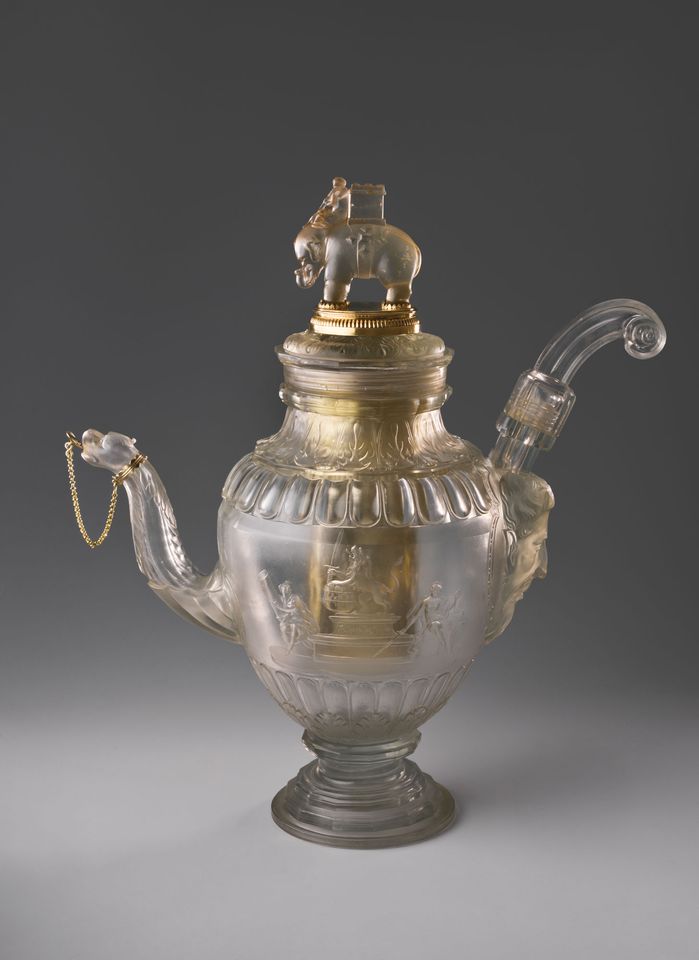 “This vessel is one of the few surviving works of Franz Gondelach, the outstanding maker of the Altmünden Glass factory. The king of Denmark, Frederick IV, presented it as a curiosity to Peter the Great. Experts discovered that errors during the production process caused the poor condition of the glass. In recent years, pieces of glass broke off at the slightest touch. Our specialists developed a method of placing a glass object with adhesive applied to it in a vacuum environment. When air is pumped out, the glue takes its place in the microcracks. The method was tested on part of a disassembled wine cooler. Excellent results encouraged us to proceed: in two years the entire glass surface was conserved.” 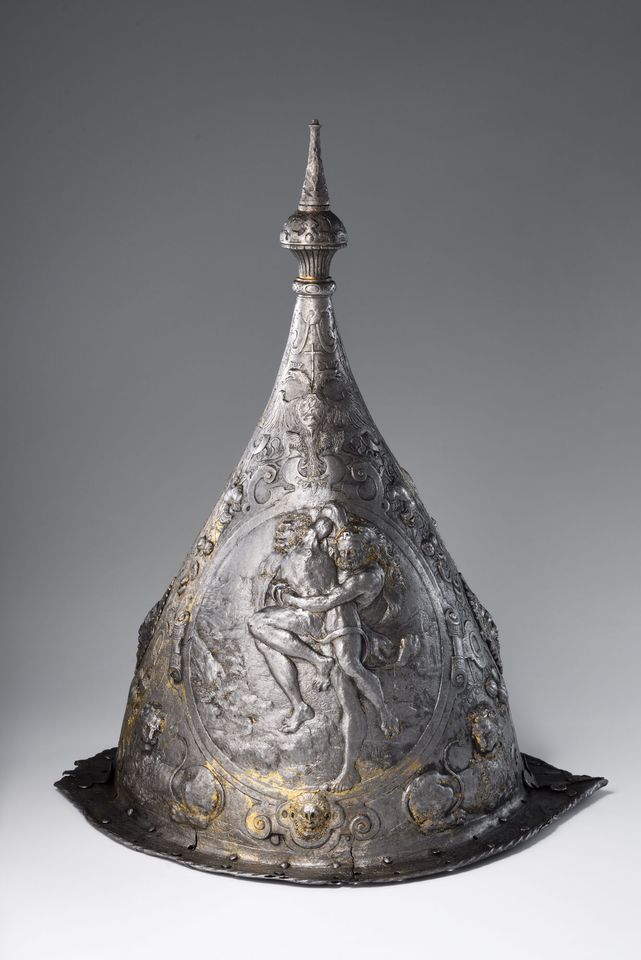 “This magnificent helmet in a Western European style was most likely a diplomatic gift. It was seriously damaged during the major fire in Moscow in 1737—the gilding was almost completely lost. When the piece arrived for restoration, the entire surface was covered in rust and organic pollution. As traces of gilding remain on the crown, it was impossible to use chemical cleaning compositions. The laser method of cleaning metal was chosen as the most gentle. Deformations were straightened and breaks and cracks were repaired using a laser welding machine.”