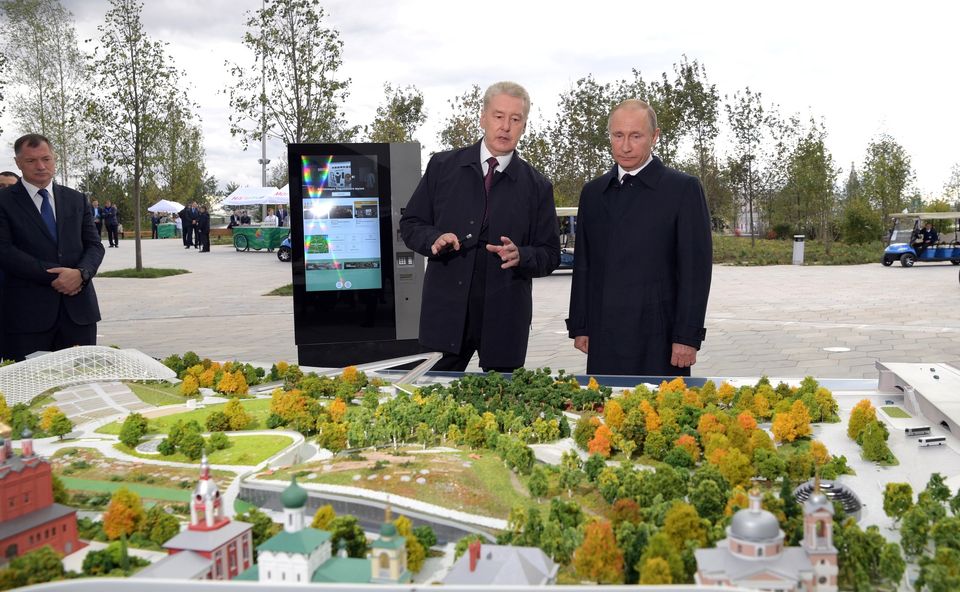 The Russian President Vladimir Putin opened Zaryadye Park near Red Square on 9 September, designed by Diller Scofidio + Renfro, creators of New York’s High Line, but what Moscow city officials are lauding as a “new symbol of Russia” preservationists are decrying as a travesty that impinges on the Kremlin and St Basil’s Cathedral, two of Russia’s most sacred landmarks.

The idea of building a park on what used to be the site of the Rossiya Hotel, a vast Soviet-era eyesore, was proposed by Putin to Sergei Sobyanin, Moscow’s mayor, on national television in 2012. Sobyanin proudly showed off the result during a walk-through with Putin, telling him: “This is not just a park; it is a territory integrated with the historical past.” Putin listened and said: “Beautiful. Beautiful.” They also visited an onsite archaeological museum of artefacts found there.

Marat Khusnullin, the deputy mayor in charge of urban development and construction, said that park construction cost around 14 billion rubles.

Diller Scofidio + Renfro, which served as the park’s masterplanners, describes the landscape as “wild urbanism”. “Characteristic elements of the historic district of Kitay-Gorod and the cobblestone paving of Red Square are combined with the lush gardens of the Kremlin to create a new park that is both urban and green,” according to a project statement on the firm’s website. “The resulting landscape is hot and cold, wet and dry, familiar and unknown; Zaryadye Park will embody the past and the future simultaneously.”

On Sunday, the park was surrounded by wire fencing and elite Rosgvardia national guard forces. Entrance was by invitation only. After it opened to the general public on 11 September, park management reported that vandals had been quick to strike, damaging the media centre and a glass dome that covers part of the grounds, and stealing rare flora.

Konstantin Mikhailov, a prominent preservationist, described the park on the Hraniteli Nasledia website as “catastrophically” out of place in its historical and architectural context. “I don’t want to blame the American designers and their Russian partners,” he wrote. “They are professionals and they have a good portfolio.” But, he continued, they seem to have approached the creation of a park in Zaryadye “like the comprehensive renovation of an abandoned industrial zone” with little regard to its centuries of history.

“They looked at Zaryadye, and saw an ugly wasteland, they saw a tabula rasa... That is, they looked—and did not see.”