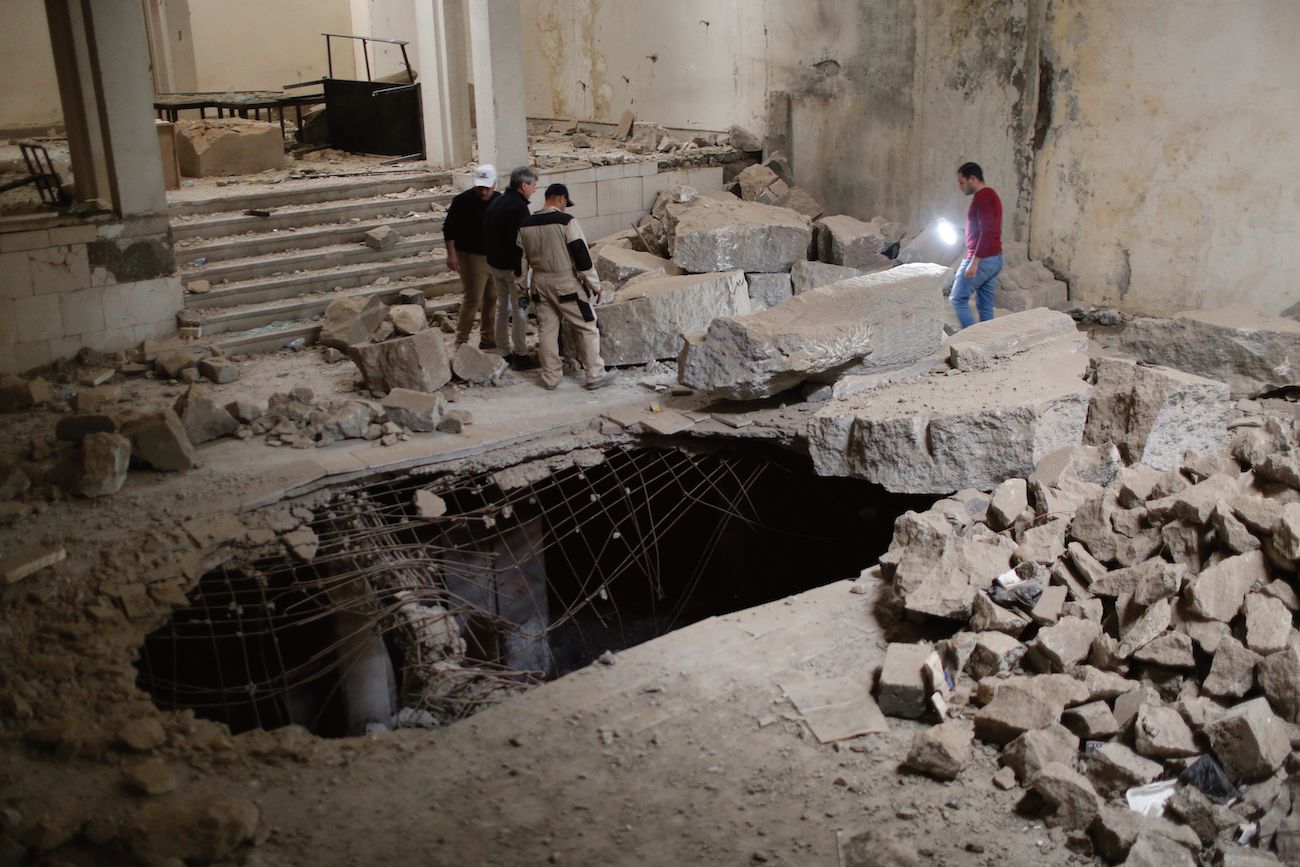 When Pope Francis recently visited Mosul—Iraq’s most diverse city, with historic Muslim, Christian, Jewish and Yazidi communities—it was a piercing reminder of how its religious pluralism was targeted by the Islamic State (Isis). Occupying the city for three years, Isis’s fundamentalist fighters waged a battle for absolute control.

By the time Mosul was liberated by Iraqi government forces in July 2017, most of the artefacts in the Mosul Cultural Museum had been destroyed or looted. An international partnership was quickly launched to try and salvage what remained, coordinated by specialists from the Smithsonian Institution, the Musée du Louvre, the Iraqi State Board of Antiquities and Heritage and the Aliph Foundation, which gave $1.3m in funding. The project has now entered its second phase: the reconstruction of the 1970s-era building.

This might seem like small cause for celebration: most of the fractured artefacts are still in a storage facility awaiting restoration. But even this is success in the aftermath of the Mosul battle.

“What happened to the Mosul Museum is the nightmare of museum people,” says Ariane Thomas, the head of Near Eastern antiquities at the Louvre, who has worked on the project from the beginning. “They had almost everything: explosions, voluntary destruction, followed by all the problems that the entire world is facing.”

The museum was a victim of both Isis’s religious zeal and its mercenary appetite. Isis’s credo forbids any figurative depiction, non-Islamic artefact or evidence of preceding civilisations, and members actively destroyed such objects. In the museum, extraordinary Assyrian winged sculptures dating from 2500BC were reduced to rubble, and statues and cuneiform carvings were defaced with jackhammers. A library of 25,000 books and manuscripts was burnt to a pile of ashes that one of the visiting specialists, Richard Kurin of the Smithsonian, compared to the grey slush of day-old New York City snow.

Other items were deliberately removed for sale on the black market, such as two Assyrian friezes. The museum had also been used as a taxation office, and documents and rubbish were strewn across the floor.

“I was told to treat it like a crime scene,” Kurin says. “It was unlike anything I’d ever seen. You’d put your hand in a hole and you didn’t know if there was ordnance inside.”

The team began with basic triage. Its members put locks back on the doors and restored broken windows and skylights. An enormous crater yawned where Isis had blown up a carved Assyrian platform, and the floor needed to be stabilised with scaffolding. The basement had flooded due to poor construction in the museum’s later additions, so the water was pumped out.

“The second plan was for the shattered antiquities in the Assyrian gallery,” says Zaid Ghazi Saadallah, an archaeologist who became director of the museum in 2017. (The museum has four main sections: prehistoric, Assyrian, Hatrean and Islamic, the last of which suffered the least damage.) He says that after rescuing the remains of the broken artefacts, the coalition documented and stored them in preparation for restoration and maintenance. 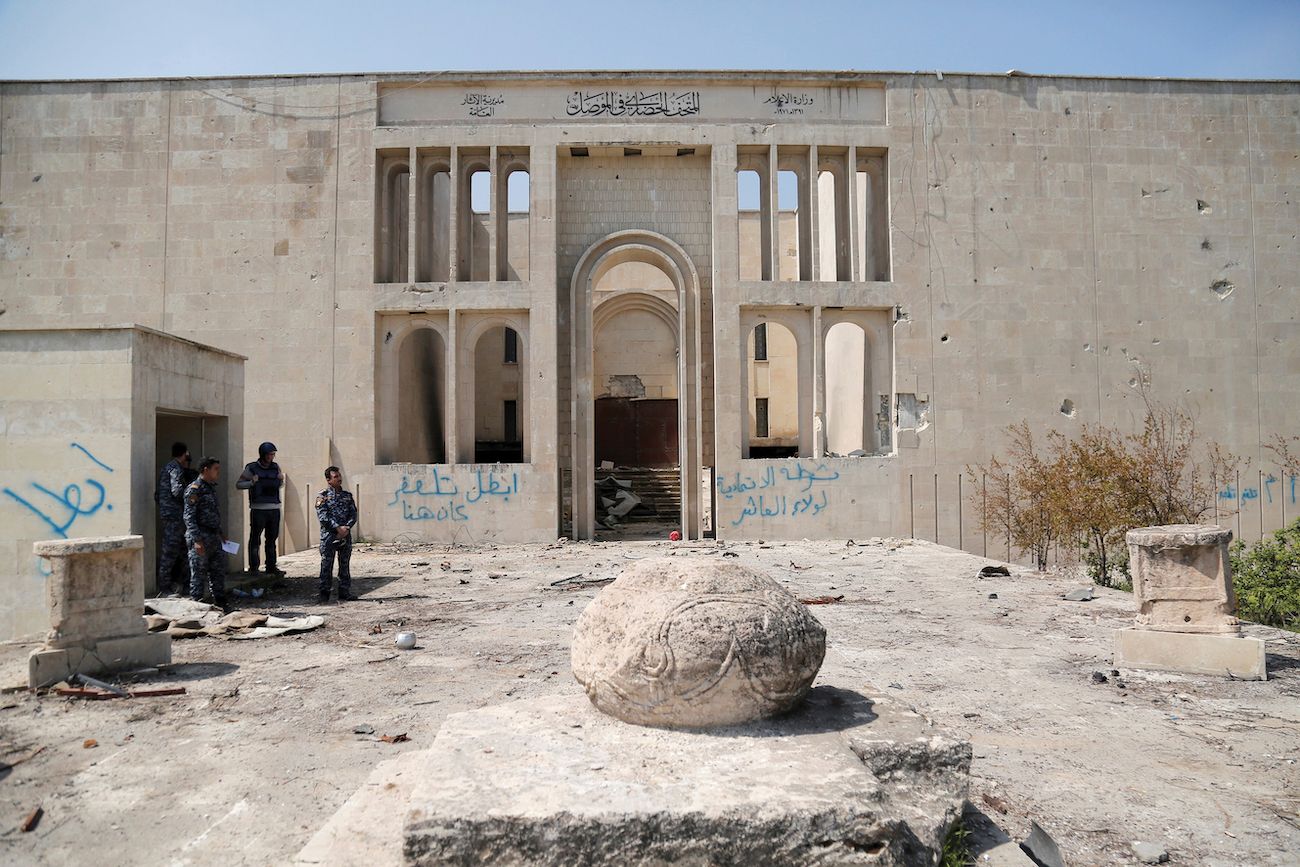 Most of this conservation activity will take place in a structure built over the river in Nineveh, which is less vulnerable to attacks. The space will also be used for the training of Iraqi museum professionals: originally the sessions were to be held in person in Paris but will now be handled remotely because of the coronavirus pandemic. 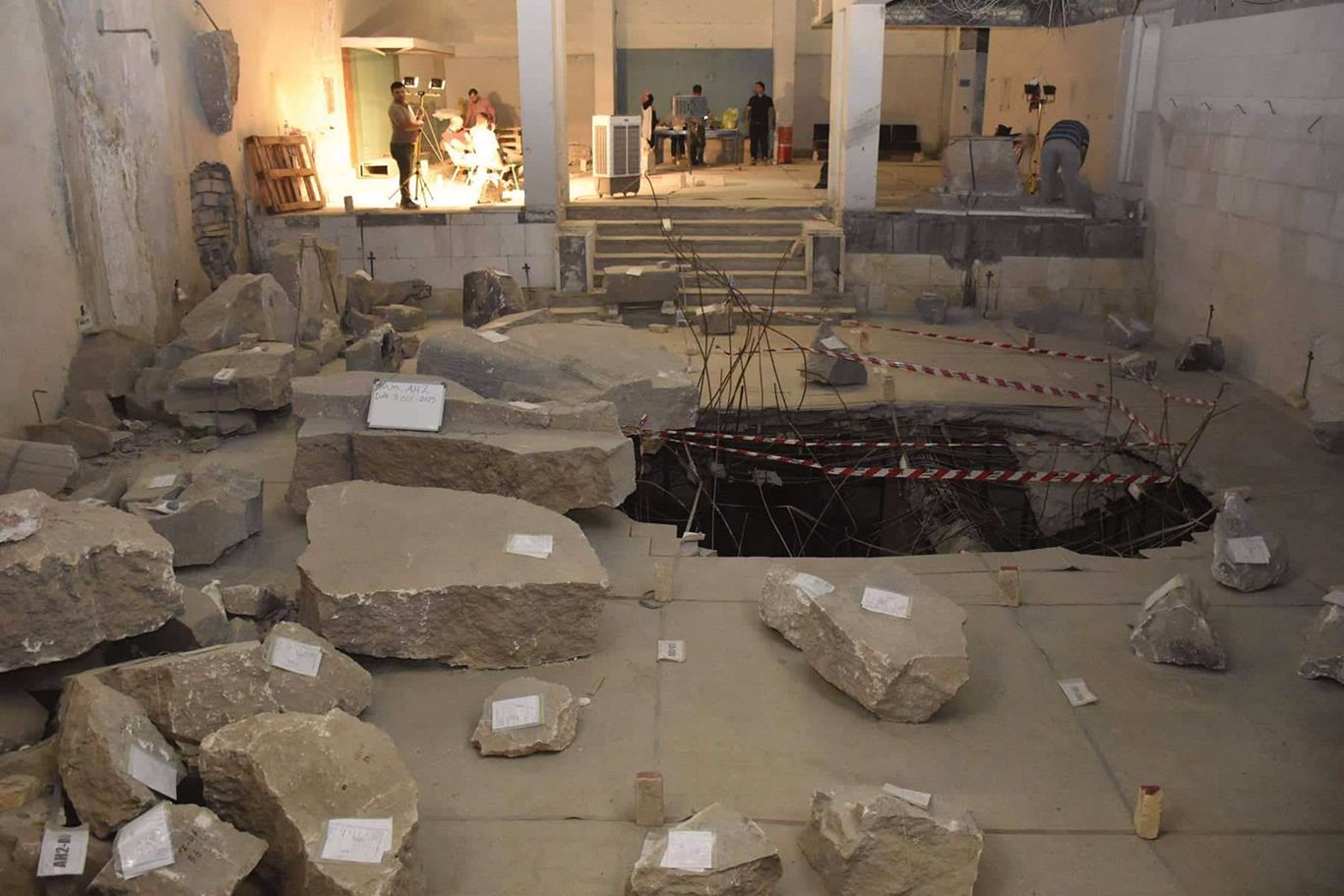 The World Monuments Fund joined the team last October and will apply its experience in engineering and construction to the project. Aliph will support the architectural planning and design for the revamped building, which is expected to open in around three years.

The museum is one of a number of reconstruction projects in the city. Aliph is also overseeing the restoration of Tutunji House, a 19th-century merchant’s mansion built under the Ottoman Empire, and the monumental Mashki Gate in Nineveh on the other side of the Tigris river, which had been rebuilt in the 1970s.

Working with Unesco and other partners, the United Arab Emirates is supporting the recovery of the 12th-century Al Nuri mosque, whose leaning minaret had been an emblem for the city, as well as the 19th-century Al-Tahera Church in the Old City—a bombed-out shell where Pope Francis addressed the people of Mosul last month.

Despite the flurry of activity, the “size of the efforts to rebuild the city of Mosul is not commensurate with the scale of the great destruction that was inflicted on it,” Ghazi says. The city’s residents are returning, but there are few jobs and a fear of Isis’s return persists.

“The Mosul Museum is one of the projects that will employ locals to help in rehabilitation and reconstruction, not only for the museum but for the entire city,” he says.

Part of the museum staff training will be in educational and public programming, Ghazi adds—a crucial element of the civic role he wants the museum to play.

“The real goal of museums is to educate the people, spread culture among their children, educate them, and raise their interest in history, science, arts and other industries,” he says, quoting the Roman statesman Cicero: “He will remain ignorant forever if he does not know history.”