Move over Chelsea and Brooklyn: Harlem is where the art is

As international crowds gather in New York for the auctions and Frieze New York, they would do well to go on a jaunt to the area that is New York’s latest, and perhaps unlikeliest, gallery hub: Harlem. The rise of Harlem—a neighbourhood still very much in transition from the violent years of its crack epidemic in the 1980s and 1990s—follows a ten-year splintering of the New York art world, which was formerly centred in the warehouses of Chelsea.

This month, both Gavin Brown’s Enterprise and Elizabeth Dee Gallery will open large spaces in Harlem, adding to the cultural cachet of an area that has recently benefited from the rise of the Studio Museum in Harlem and Ugo Rondinone’s refurbished church studio space, which is across the street from Dee.

Gavin Brown’s Enterprise is moving into a former brewery with around 25,000 sq. ft of space, according to real-estate records (although Brown declined to comment). Dee’s own two-storey, 14,000 sq. ft space, which she says she intends to run with an “ICA-Kunsthalle-like programme”, was the original home of the Studio Museum in Harlem. “I never thought this kind of space would be possible for me in New York,” she said on a recent tour of the new location.

In the past 20 years, commercial real- estate prices in Chelsea have risen from around $12 per sq. ft to between $90 and $145. Much of the younger gallery scene has moved to the Lower East Side, but rents there have risen five-fold over the same period, says Stuart Siegel, the senior vice-president of the CBRE real-estate group.

The other logical place left for galleries should be Brooklyn, so why has it failed to make a mark on the city’s art scene? To an outside observer, the borough that is easiest to get to from Manhattan and is known for its hip, creative residents would seem to be the next best place. But the consensus that collectors are loathe to visit seems to have taken hold, and Manhattanites tend to treat Brooklyn like another city entirely. 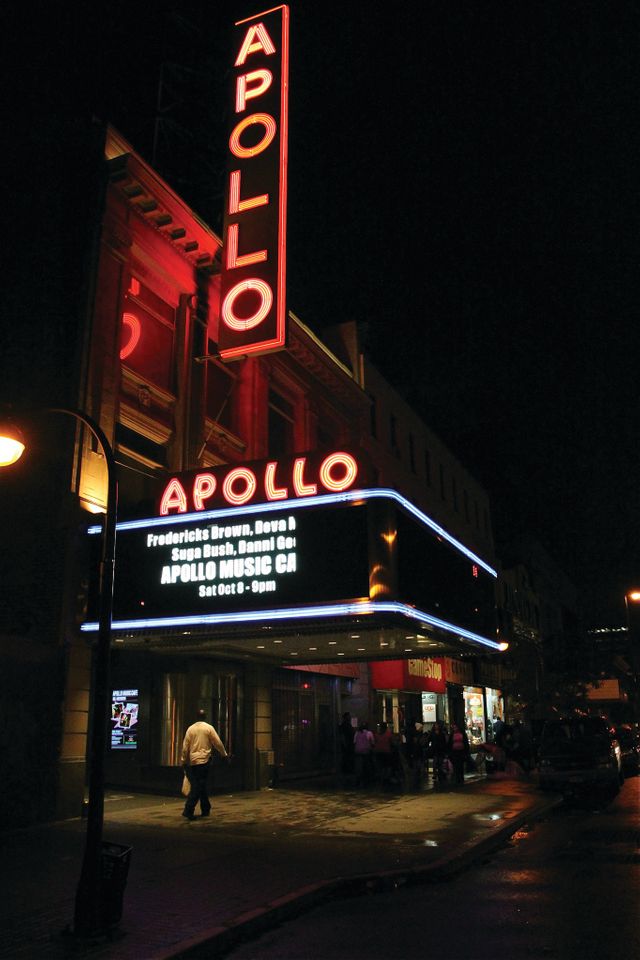 Olivier Babin, the owner of Clearing gallery in Bushwick, is only located in the borough because, as a former artist, he had started staging shows in his studio there. Next door is an outpost of Luhring Augustine, but he says its programming is more quirky and less grand than in the gallery’s Manhattan space. “For them, it’s like having a gallery in Berlin,” he says. What’s more, although warehouses in Brooklyn are plentiful, real estate is unexpectedly expensive. Prices range from $20 to $50 per sq. ft, even for a second-floor space in far-flung Bushwick, says Michael Amirkhanian of the commercial estate agents Cushman & Wakefield. Michael Nevin, of the Journal gallery in much closer Williamsburg, opened there in 2007, securing a favourable lease before the neighbourhood was fully gentrified. “If I was going to sign a lease today in this neighbourhood… forget it. I would probably look somewhere else,” he says.

Which is what Dee and Brown, along with others, have done. The São Paulo gallery Mendes Wood DM also sought a space in Harlem while seeking to establish a New York branch, although it plans to stage exhibitions in Michael Werner’s Upper East Side gallery. In May 2014, Freight + Volume gallery opened Arts + Leisure, a project space in East Harlem.

Wherever you are in New York, however, real-estate prices remain high, even in Harlem. A dealer close to the Elizabeth Dee deal says that she is paying around the same amount ($85 per sq. ft) that she paid for her old gallery in Chelsea—only this space is three times as big.

Local landmarks: highlights in Harlem If you don’t know Harlem, now is the time to get acquainted with one of New York’s biggest and most culturally impressive neighbourhoods. We asked some locals to share their recommendations for go-to spots.

“For art in Harlem, the Studio Museum is the heart and soul. Thelma Golden [its director] is a dear friend and she brings to light the most incredible talents.”

“Charles’ Country Pan Fried Chicken is the real deal. If you want fried chicken that will knock your socks off, go here.”

Both sides of West 138th and West 139th Streets, between 7th and 8th Avenues

“Each of the Strivers’ Row houses is a designated landmark, collectively recognised as a gem of New York City's architecture. Originally called the King Model Houses, after the developer David H. King, they were designed for upper-middle-class whites and built between 1891 and 1893. Different architects worked on each row; the northern part of the 139th Street group was completed by McKim, Mead and White in neo-Italian style. Designers who contributed to 138th Street included James Brown Lord, Bruce Price and Clarence S. Luce. Some alleyway entrances still have signs that read: ‘Walk your horses’.”

(4) Museum of Art and Origins

“The scholar and curator George Preston has turned three floors of his brownstone into a museum of African masks and figures. Two blocks away lives Kurt Thometz, a dealer of rare and out-of-print books who has turned a room of his brownstone into Jumel Terrace Books, a shop specialising in tomes on Africana, Harlem history and African-American literature, operating in tandem with the museum.”

“For the first 25 years of its existence, this building was restricted to white tenants. Around 1940, as the racial characteristics of the neighbourhood changed, the rule did, too, and this building became well known for its famous African-American residents, including the musician Count Basie, the boxer Joe Louis and the actor Paul Robeson, who lived here from 1939 to 1941. After his death in 1976, the building was landmarked in his honour.”

“This is a new museum to the community, less than a year old, and it’s a really nice place for parents to visit with their children. The focal point is the intersection of art and storytelling, around themes of community, history and culture.”

“Just around the corner from the museum, on Lenox Avenue, is a wonderful French/Senegalese restaurant. The food is excellent and they have fantastic pastries and cakes, which they make on the premises. A definite go-to.”

“Shrine World Music Venue is a great place to hear high-quality acts from all over the world. The place has a unique Harlem vibe, which is a great experience for people looking for something local yet global.”

“We recently moved to a brand-new space, and even though it is relatively modest in size, a lot of unique content can be experienced here, including our weekly free evening programmes.”

“We have a variety of dining options drawn from all over the world, from Sylvia’s and Red Rooster to places like Vinateria, Serengeti Teas & Spices and Angel of Harlem on our restaurant row on Frederick Douglass Boulevard. There's also Solomon & Kuff in Manhattanville and Mountain Bird at Tastings Social in East Harlem, plus the new solar-powered food truck across the street from the museum, Harlem Seafood Soul.”

“We have many cultural neighbours: the Apollo theatre, of course, the great cathedral of American music, as well as the Schomburg Center for Research in Black Culture, Harlem Stage, the National Black Theatre, Maysles Cinema, the Dance Theatre of Harlem, the National Jazz Museum in Harlem and many, many more.”