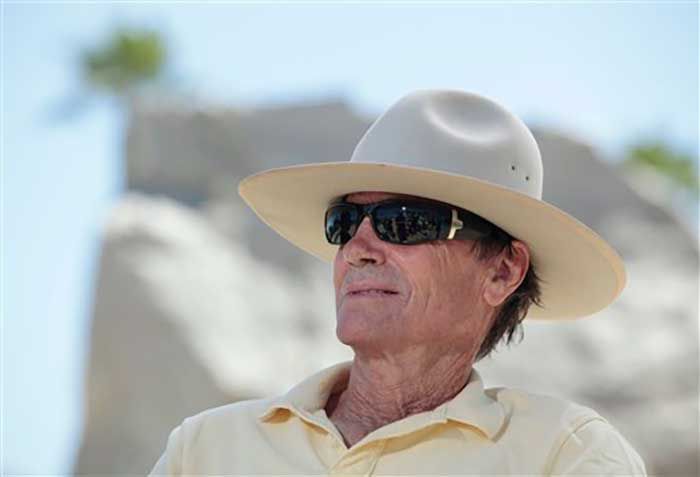 Heizer has been working on the series of geometric earthen mounds and concrete structures that make up City since the early 1970s Photo: AP Photo/Richard Vogel

To little fanfare and less media coverage outside of his home state, Senator Harry Reid of Nevada introduced a bill in September that would preserve the land around Michael Heizer’s massive uncompleted earthwork City, which the artist has been working on for more than 40 years. Titled the “Garden Valley Withdrawal Act”, the legislation would protect 805,100 acres of Federal land from mineral and energy development.

According to the Las Vegas Review-Journal, which first reported the news, Reid visited the area around City in 2007, and he soon after tried to pass a similar bill that would designate part of Garden Valley and nearby Coal Valley as a national conservation area. “Now that the project is almost complete, this is something that has been discussed for a while, and it made sense to do it,” his spokeswoman, Kristen Orthman, told the Review-Journal. The territory earmarked by the Senate majority leader also contains the White River Narrows Archeological District, which contains Native American petroglyphs and rock shelters, as well as habitats for deer and antelope.

Heizer has been working on the series of geometric earthen mounds and concrete structures that make up City since the early 1970s, after visiting the ball court at Chichen Itza. The reserved artist has not allowed many to see the unfinished work on a barren stretch of private land that he bought for $30 an acre, although the complex is visible on satellite images, including on publicly searchable platforms such as Google maps and Bing.

Since the site is surrounded by public land, it has been threatened by encroaching development before, most recently by a government plan to build a railroad that would transport nuclear waste across Garden Valley to a repository in Yucca Mountain. Heizer had said that if it went ahead, he would completely destroy City, but President Obama stopped federal funding for the controversial project in 2010.

“Michael Heizer’s City is one of the most significant artworks ever created in the United States,” says Michael Govan, the director of the Los Angeles Country Museum of Art who helped the artist secure funding for the project when he was the director of the Dia Foundation for the Arts. Heizer is working on the final engineering and conservation details, Govan tells The Art Newspaper, so that the work can endure for thousands of years. “The mile-and-a-half-long complex will stand as one of the great American monuments of our time, and all time. This historic and cultural resource must be protected for future generations.”