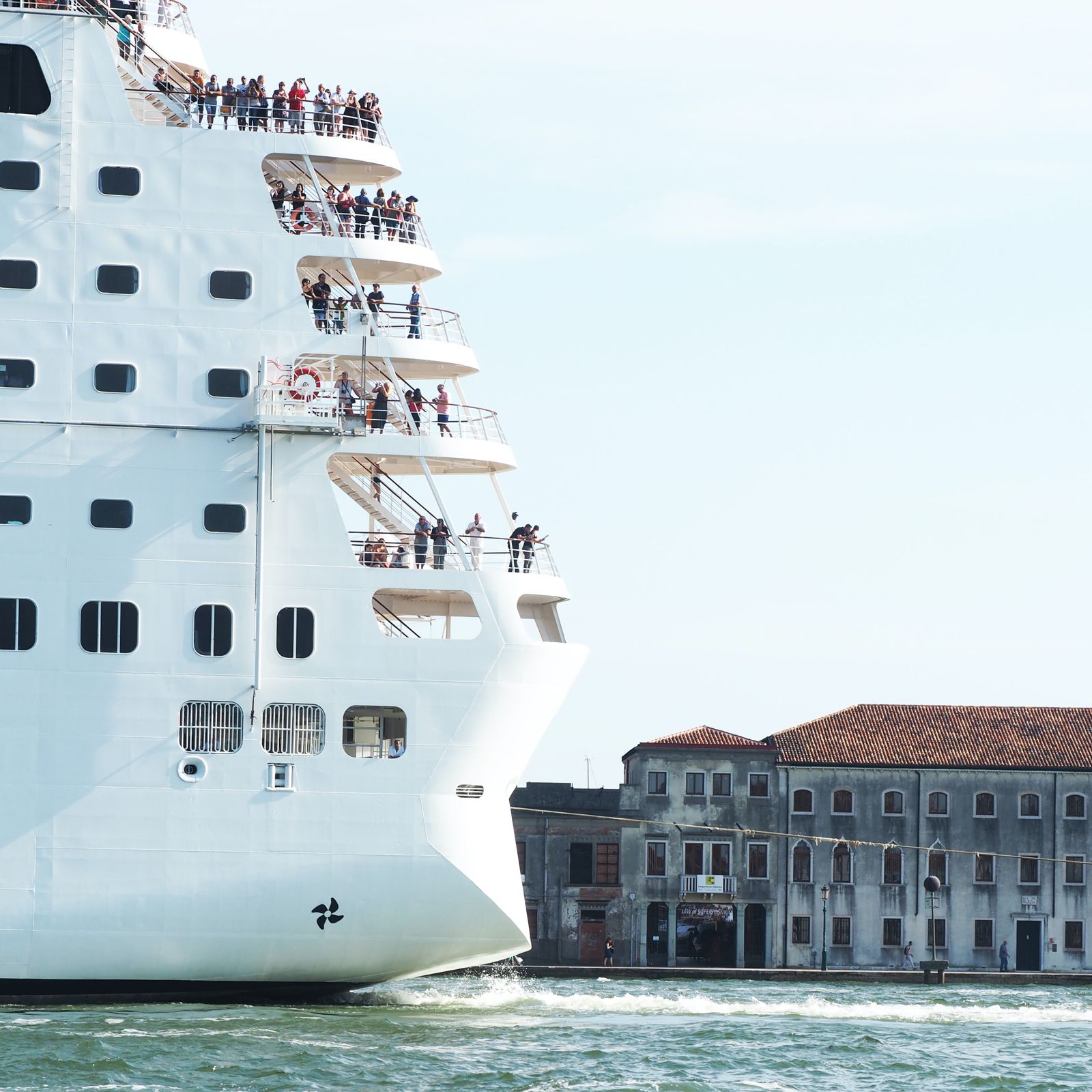 Richard Armstrong—the director of the Guggenheim Museum in New York—and Gary Tinterow, the director of the Museum of Fine Arts in Houston, have signed an open letter calling on Italy’s leaders to safeguard Venice as it emerges from lockdown and the prospect of tourist hordes descending again on the lagoon city.

The appeal was prompted by Italian press reports that the first post-lockdown cruise ship, MSC Orchestra, will sail past St Mark’s Square on Saturday, a development discussed last month by The Art Newspaper’s founding editor, Anna Somers Cocks. Cruise liners last passed through the city in November 2019, according to the newspaper Corriere della Sera, giving the city an 18-month respite from these vast vessels which brought almost 1.8 million visitors into the city in 2018.

The letter—drafted by Venetian Heritage's director Toto Bergamo Rossi—has been sent to the Italian president, Sergio Mattarella, and the prime minister, Mario Draghi, as well as regional and local leaders; the UK artist Anish Kapoor, singer Mick Jagger, actress Tilda Swinton and Somers Cocks are also among the 21 signatories.

It lists ten points designed to save the city including management of tourist flows, regulation of tourist rentals, and support for the rent of commercial and long-term residential properties for local people. The signatories also demand that the long-delayed flood barrier project, known as Mose, is completed and that large cruise ships are banned from passing through the lagoon.

Research has shown that the gargantuan cruise ships displace huge amounts of water, eroding the ancient and fragile foundations of the buildings, and the engines emit high levels of pollution that are damaging both to the health of the inhabitants and the stonework. In June 2019 meanwhile, a 13-deck liner, the MSC Opera, rammed into the quayside at the San Basilio terminal and another smaller vessel, causing four of the smaller ship’s passengers to suffer minor injuries.

In March, the Italian government banned cruise ships of more than 40,000 tonnes from sailing through the city, announcing instead that the vast liners would have to dock at the city’s industrial port, Marghera. The culture minister Dario Franceschini, quoted in the Italian daily La Repubblica, said: “It’s a fair decision that has been awaited for years: the Council of Ministers approves a decree that establishes that the final landing of big ships in Venice must be outside the lagoon, as requested by Unesco.”

However, MSC Orchestra, the first cruise ship in Venice since the onset of the Covid-19 pandemic, is due to sail through the city on 5 June according to Corriere della Sera, which says that the “large ship will enter from the Lido inlet, and will pass in front of San Marco crossing the Giudecca canal”.

Somers Cocks wrote in The Art Newspaper that “the president of the Veneto region, Luca Zaia, is rejoicing that the first two cruise ships since lockdown are coming to Venice and—lo and behold—nothing changes. They will still enter at the Lido, steer towards the Doge’s Palace and St Mark’s basilica, and then turn left down the Giudecca Canal. The excuse: the port at Marghera is not ready for them.”

She adds: “Beware all solutions ‘for a few years’ and beware half-hearted measures. The government needs to make clear that the cruise ships will definitely be relocated outside the lagoon and that the use of Marghera is only a very short-term solution. But it needs to go further. The issue is much bigger than the cruise ships, because the ports inside the lagoon have no future so far as all large vessels are concerned, including the petrol tankers, the bulk carriers and the container ships.”

UPDATE (4 June): MSC Orchestra passed through the basin in front of St. Mark's Canal around 6am yesterday according to Associated Press.