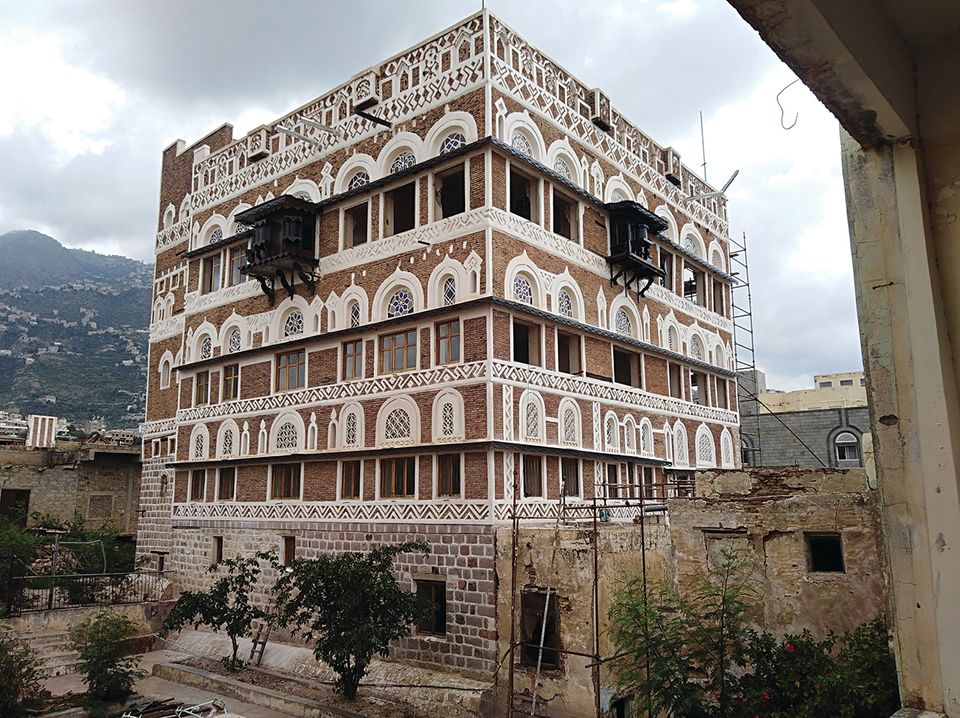 The restored eastern and northern facades of the National Museum in Taiz, Yemen’s third city, a former Ottoman palace that was shelled by Houthi rebels in 2016 Courtesy of the World Monuments Fund

As civil war and the world’s worst humanitarian crisis continue in Yemen, cultural officials are marking a milestone toward the reopening of the National Museum in south-western Taiz, the country’s third-largest city. An Ottoman royal palace that was the residence of the Yemeni ruler Imam Ahmad Hamid al-Din before it became a museum in 1967, the building was shelled by Houthi rebels in February 2016 and its collection of rare manuscripts was destroyed by fire.

Thanks to a £100,000 grant from the British Council’s Cultural Protection Fund and additional funding from a private donor, World Monuments Fund (WMF) Britain supported the restoration of the museum’s exterior and roof by Yemen’s General Organisation of Antiquities and Museums (GOAM) from April to November. In December, the team was due to begin emergency repairs of the Qubbat al-Husayniyah, an important Ottoman-era mausoleum in Taiz, which has not been directly affected by the war.

The partnership follows the GOAM’s nomination of the Old City of Taiz for the 2018 WMF Watch List, an expression of concern both for a built environment that dates back to the 11th century and for the welfare of its residents. In a besieged city where many historic buildings have been damaged by bombs and fighting, the museum was chosen as a funding priority not only for its architectural beauty, with decorative plasterwork and wooden lattice mashrabiya balconies, but for its “importance for the memory of the people”, says Alessandra Peruzzetto, WMF’s programme director for archaeology and the Middle East.

With air travel to and from Yemen all but impossible, WMF arranged for the GOAM staff to drive to the French Centre for Archaeology and Social Sciences in Kuwait for two weeks of training workshops, where they drew up structural assessments and a restoration programme for the National Museum and the mausoleum.

Construction on the museum “went surprisingly smoothly, given the situation in Yemen”, Peruzzetto says, with the only setback being the delayed arrival of bricks from the capital, Sana’a. WMF also provided essential resources for the team in Taiz, including a camera for documentation and a computer as well as solar panels and a generator to run it when the local electricity supply failed.

Next steps for WMF include seeking additional funding from the British Council for the restoration of the interior. The Geneva-based Aliph foundation has announced a $589,000 grant that will support a further phase: rebuilding an adjoining palace, salvaging the museum’s objects buried underneath it and developing a new narrative for the museum displays in collaboration with the Musée des Beaux-Arts in Lyon.