Public and private institutions in Venice, Milan and Turin will stay closed for at least a week as more than 200 cases of Covid-2019 are confirmed 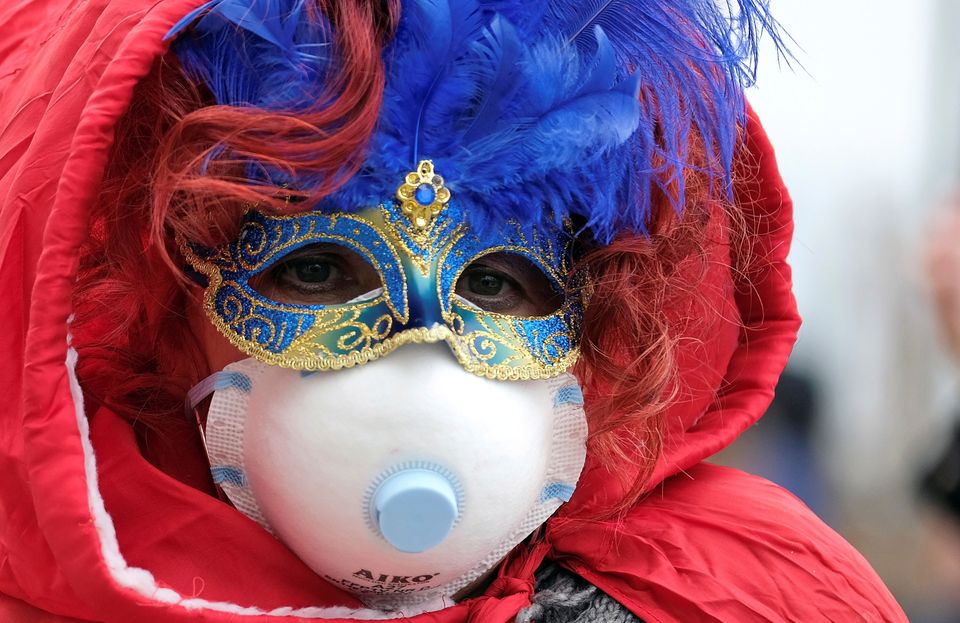 A masked carnival reveller wearing a protective face mask at the Venice Carnival, which was cut short because of an outbreak of coronavirus in northern Italy Photo: REUTERS/Manuel Silvestri

An unprecedented shutdown of museums is taking place in Venice, Turin and Milan as private and public institutions close their doors in the wake of the coronavirus (Covid-2019) outbreak across northern Italy. Seven Italian regions have now been instructed to close museums and implement various restrictions: Lombardy, Piedmont, Veneto, Emilia-Romagna, Liguria, Trentino-Alto Adige and Friuli-Venezia Giulia. Free entry to state museums throughout Italy, offered on the first Sunday of each month, has also been cancelled by the ministry of culture for time being.

All of Venice’s civic museums—including Museo Correr, the Palazzo Ducale and the Museo del Vetro—have closed. A spokeswoman for the museums tells The Art Newspaper: “The government and region will decide tomorrow [the course of action] for the next few days; museums are likely to be closed until 1 March.”

Events in the Teatrino space at the Palazzo Grassi, the exhibition venue run by the French billionaire collector François Pinault, have subsequently been cancelled. The Peggy Guggenheim Collection is closed until 1 March, according to its website. The Venice Carnival, which was due to end Tuesday, was cut short, finishing on Sunday.

Meanwhile, the Lombardy regional official Giulio Gallera told Associated Press that museums in Milan would stay closed for at least seven days. The Pinacoteca di Brera, which houses works dating from the 14th to 20th centuries, remains closed until 3 March. The move was made “in compliance with the decree of the Lombardy Region concerning measures to contain coronavirus contagion”, according to the institution’s website. Both venues run by the Fondazione Prada—at Largo Isarco and at the Osservatorio photography exhibition space in the centre of the city—are also shut as well as Milan's cathedral and the opera house La Scala.

In Turin, museums have been told to close for at least a week. “Please be advised that due to the health emergency in Italy, the Ministero della Salute [department of health] and the Regione Piemonte have issued an order to close all museums temporarily, until 29 February,” says a government notice. The ministry of health says that museums and other cultural institutions must be temporarily closed “to contain the Covid-2019”. At the Castello di Rivoli, the private view for the exhibition Facing the Collector: the Sigg Collection of Contemporary Art from China, scheduled to take place today, has also been cancelled (a conversation between collector Uli Sigg and the artist Ai Weiwei will be streamed on YouTube).

More than 200 cases of Covid-2019 have been confirmed in Italy with five deaths reported. Towns in the neighbouring Veneto and Lombardy regions have been placed under quarantine, with restrictions placed on more than 50,000 inhabitants who cannot enter or leave certain areas.