From art to doing 'their part': US museums provide a vital community service by acting as polling sites 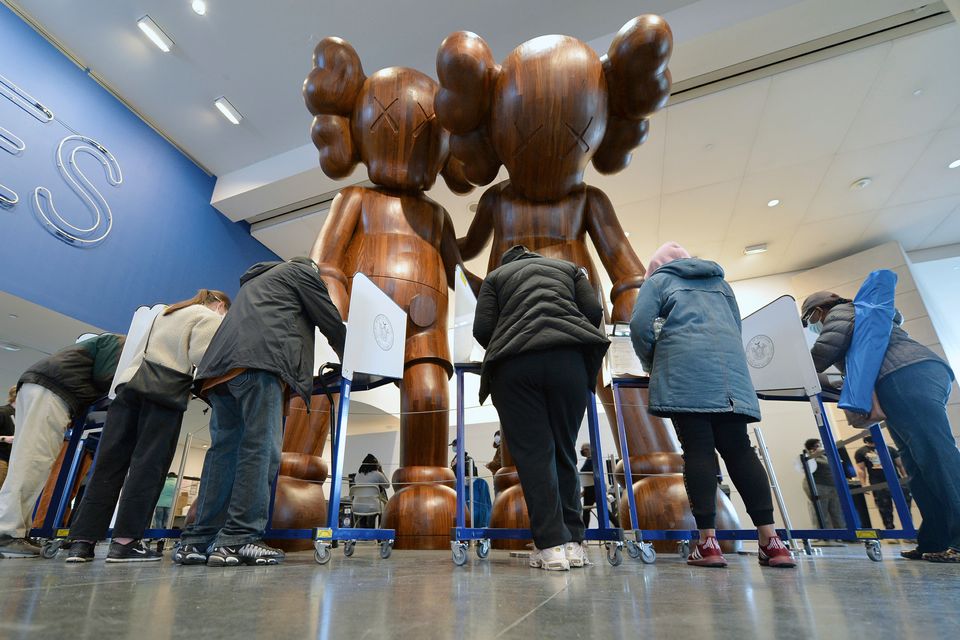 Voters fill out their ballots at privacy booths inside the Brooklyn Museum on day five of early voting for the 2020 Presidential Elections in the Brooklyn borough of New York City, 28 October 2020. It is estimated that 66 million people have already cast their ballots before election day on 3 November, breaking early voting records in US election history. (Anthony Behar/Sipa USA via AP Images)

In New York, where more than 1 million people have flocked to polling sites since early voting opened on 24 October, thousands of people have braved hours-long queues at the Brooklyn Museum to cast their vote for the next US president. Dozens of museums across the country have retooled their lobbies to accommodate voters on election day, and many have also developed key initiatives and quick curatorial decisions to affirm citizens in doing their civic duty.

For example, at the Brooklyn Museum, voters were greeted by Ed Ruscha’s Our Flag (2017)—a work showing a windswept and torn US flag that “invokes the precarious nature of democracy”, a museum spokeswoman says. “The enduring symbol of American pride and patriotism, frayed and tattered, presents a striking statement on our fraught political moment, providing a provocative backdrop and a powerful symbol.”

Ahead of the election, the museum also endorsed several programmes and public resources to “empower citizens to exercise their right to vote”, according to a spokeswoman, including supporting the artist-led initiative Plan Your Vote.

Ann Philbin, the director of the Hammer Museum in Los Angeles, which is acting as a voting site for the third time, argues that museums “are the new town centres, community hubs and meetings halls, and it is critical to our mission to be a place where people can participate in democracy”. She adds, “We expect to see a big turnout on election day and are honoured to be a part of this process.” 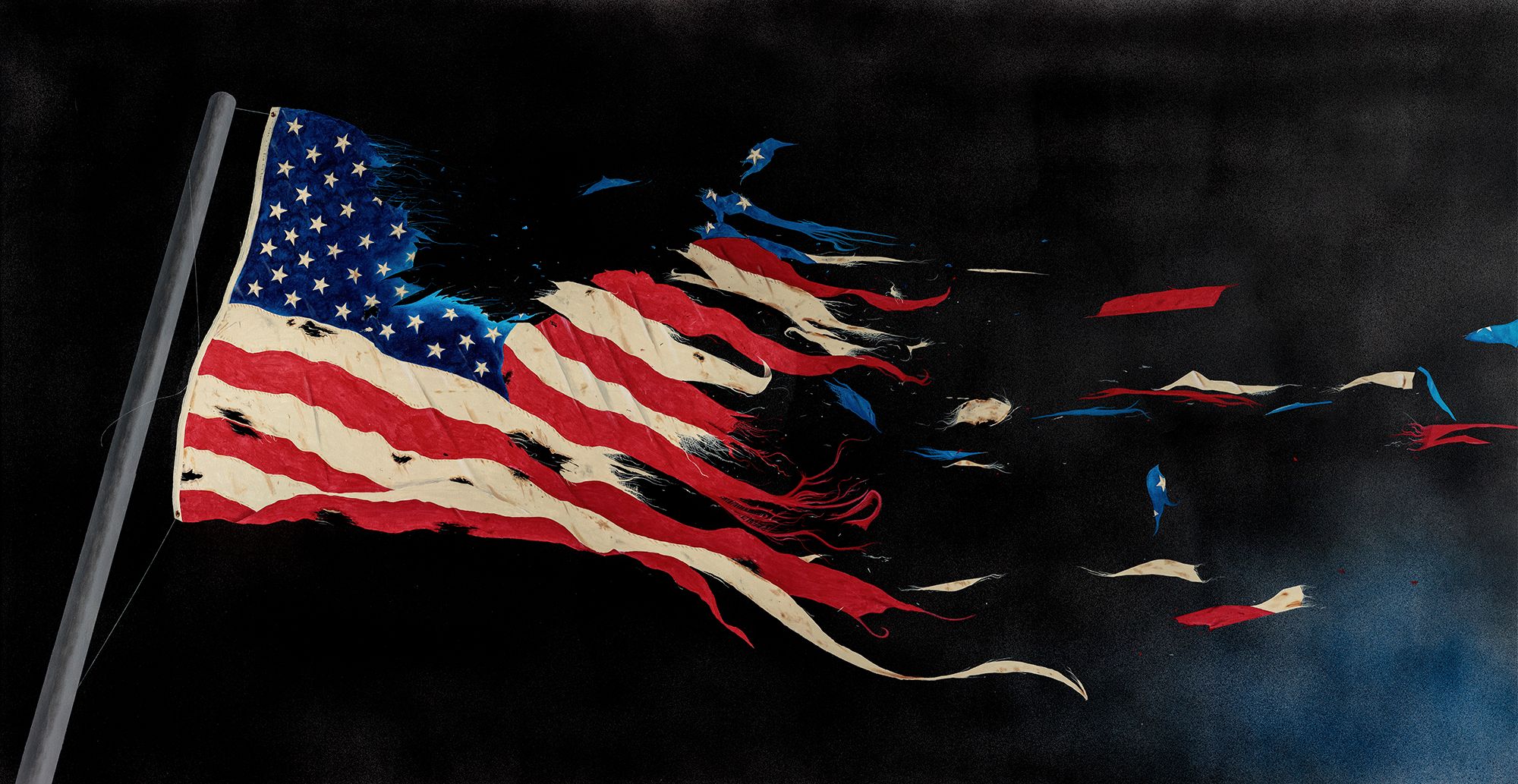 Ed Ruscha's Our Flag. Courtesy of the Brooklyn Museum

According to a spokeswoman for the Legion of Honor in San Francisco, the museum, which reopened last week, will offer voters free admission today and aims to “make the process as easy as we possibly can for everyone to encourage people to get out here”. She adds: “San Francisco has a strange phenomena where many voting sites are actually people’s garages, and we knew that this might not be a possibility this year because of the coronavirus, so it was crucial for us to try to fill that gap.”

Charles Hyde, the president of the Benjamin Harrison Presidential Site in Indiana, Indianapolis, told Smithsonian Magazine last month that it seems “a strange oversight that few [museums] are meeting this vital civic need” to act as polling sites, and that more arts institutions should join the effort in the future. “Museums should do their part—whatever the inspiration—to help increase public participation in the American system of self-government.”

Hyde encouraged other museums acting as polling sites to use the hashtag #proudpollingsite in order to “prove that together we can provide our communities with enhanced experiences that cultivate a more engaged citizenry”.

Vote at a museum near you

According to a list compiled by the American Alliance of Museums, here are the museums where you can cast your vote today:

The Museum of the Moving Image, Queens, New York