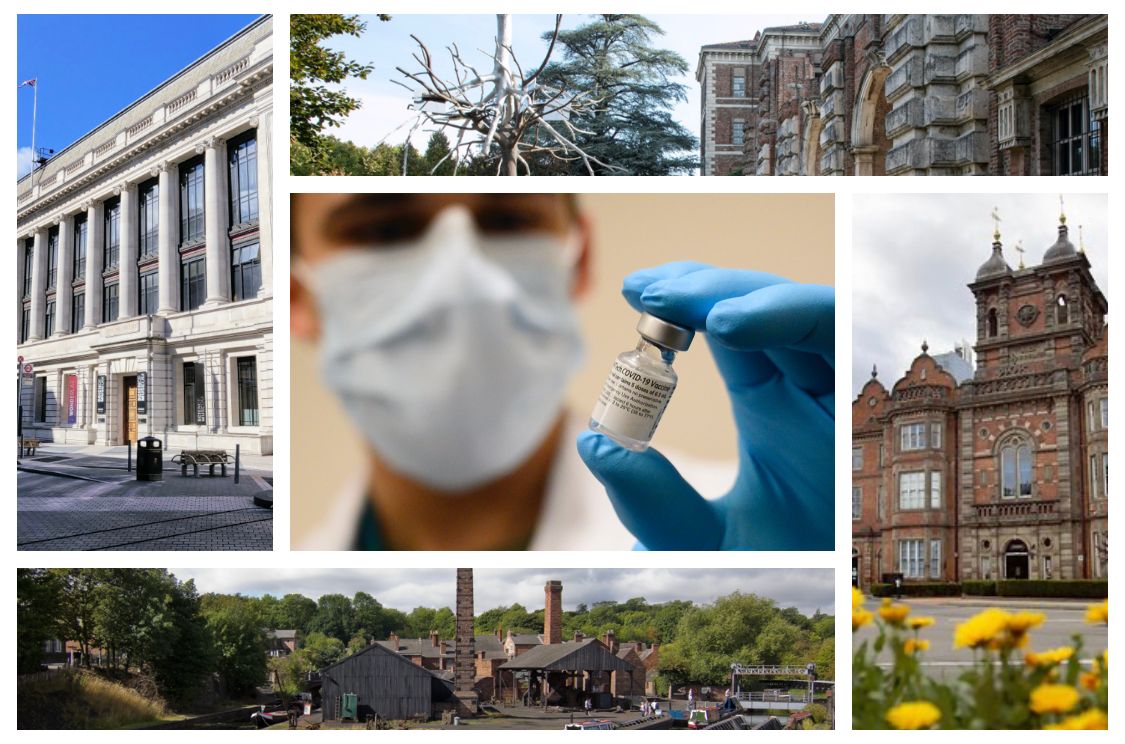 Museums worldwide, which are currently closed due to coronavirus restrictions, are doubling up as Covid-19 vaccine centres. In England, London's Science Museum is expected to open up for vaccinations, as is the Black Country Living Museum in Dudley, while the Thackray Museum of Medicine in Leeds has been vaccinating patients since December last year. In Italy, the Castello di Rivoli Museum of Contemporary Art outside Turin will become the first gallery in the country to be used as a vaccine centre.

The Science Museum, in the museum quarter of South Kensington, west London, is due to be used as a centre for mass Covid-19 vaccinations under plans drawn up by the NHS and the local authority of the Royal Borough of Kensington and Chelsea. In a meeting livestreamed on 13 January on the borough’s YouTube channel, the issue of local vaccine hubs was discussed. Russell Styles, the borough's interim director of public health, said online: “We do have the Science Museum in South Kensington coming on track in February, which will provide more mass vaccination.”

The move will allow the borough to “roll out the vaccination locally on a much greater scale”, Styles adds. “We are working with the NHS day by day on this; it’s our number one priority.”

A spokeswoman for the Royal Borough of Kensington and Chelsea tells The Art Newspaper: “The NHS are leading on this and will be able to confirm if and when the site will be opening. Russell Styles was briefing the leadership team on the position at the time... he said it was an expectation that it would be a site sometime in February; no decision has been confirmed to us as yet.” A spokeswoman for the relevant NHS body, West London clinical commissioning group, said that "new centres are usually only announced the weekend before they open".

A mass vaccination centre is also due to open at the Black Country Living Museum (BCLM) in Dudley, UK, a key location for the BBC drama Peaky Blinders, by the end of the month. “Its opening is fairly imminent, I believe it's about 25 January,” David Loughton, chief executive of Wolverhampton NHS hospital trust, told Birmingham Live website. A museum spokesman said that BCLM is preparing to go live as a vaccine centre, but a launch date is yet to be confirmed.

The vaccination hub will be located on the third floor of the Savoy royal palace. “Castello di Rivoli’s massive third-floor gallery of over 10,000 square feet provides ample and secure space for a socially distanced waiting room, vaccine booths and a comfortable post-vaccine monitoring area,” says a statement. During the vaccination process, visitors can view a series of murals in the space by Claudia Comte and also listen to a newly commissioned audio piece by the Swiss artist.

Carolyn Christov-Bakargiev, the director of the Castello di Rivoli Museum, suggested to Cultura Italiae, an organisation of cultural leaders, that other museums could be used as vaccination centres; Cultura Italiae did not respond to a request for comment on the plans.