Museums weigh in on the vaccine passport debate, as countries are under pressure to open up their economies

As Israel and Denmark introduce Covid-19 status certificates, institutions are concerned that government schemes may keep visitors away 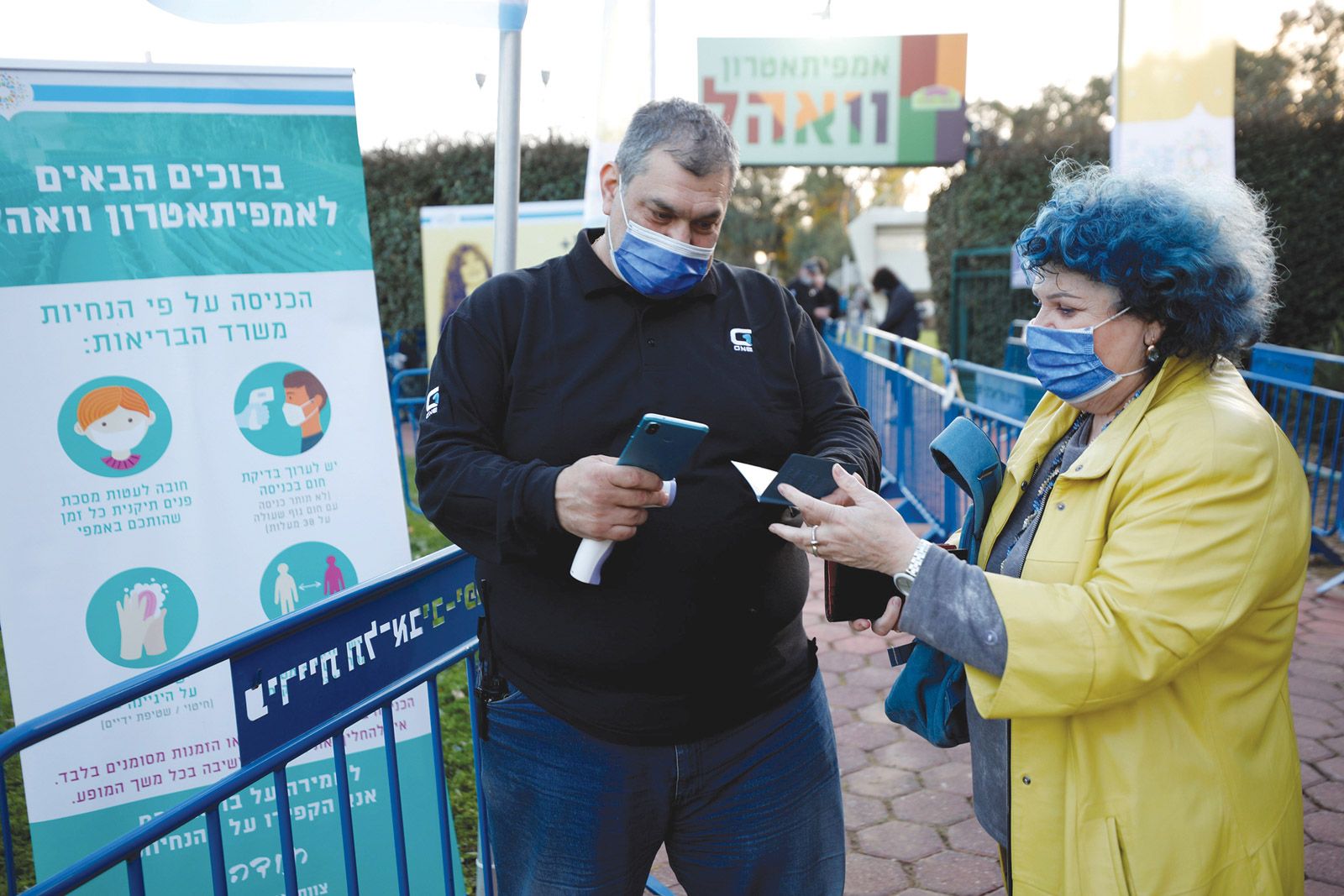 Denmark and Israel have introduced vaccine passports as a way to ease their populations out of the Covid-19 pandemic lockdown and speed up the return to public life. Such schemes are now being closely watched as potential models for other countries around the world. But while visitors to Danish museums will need to show their “coronapas” to gain admission from 6 May, Israeli museums are exempt from the country’s “green pass” programme.

Denmark’s “coronapas” is available on a smartphone or in paper format to people who have either been fully vaccinated, have tested positive for Covid-19 two to 12 weeks previously or negative over the previous 72 hours. Karen Gron, the director of the Trapholt Museum of Modern Art and Design in Kolding, is concerned that the mandatory pass will bar access to the 50% of -visitors who make a spontaneous visit in normal times. The museum, which has been closed since January, reopened to the public on 21 April.

“Our plan is to employ an extra person outside the museum to check the corona passes,” Gron says, although she remains unconvinced of the need for the passes at museums. “Why do you have to show them at museums but not at the supermarkets, which are much more crowded?” she asks, pointing out that the Trapholt Museum will be limiting visitors to 800 people a day. However, Gron expects Danes will adapt to the passes as easily as they have to wearing masks. Denmark “is very digital and everyone has a smartphone”, she says.

Primary and secondary school children visiting in their classes will be exempt from the pass requirement. But it remains unclear whether children under 15 visiting with their families would need them for entry. Another unresolved issue is whether international visitors who would not possess a “coronapas” could still gain admission to museums.

In the UK, where a government consultation on vaccine passports has proved controversial, a coalition of leading museum directors has spoken out against their potential use in museums. Such a scheme “sits at odds with the public mission and values of museums”, the National Museum Directors’ Council said, warning that it would constitute “an inappropriate form of exclusion and discrimination”. Covid-19 status certificates “would also be operationally and administratively burdensome” for museums, they added.

The European Union has proposed a vaccine pass—the digital green certificate—to facilitate travel within the bloc. While Denmark is the first EU nation to launch a national pass, Sweden is also considering a format that would probably be limited to mass events, says Jeanette Gustafsdotter, the general secretary of the Swedish museums’ association. “The museums have already started to reopen, and they wouldn’t be included” in vaccine pass requirements, she says. 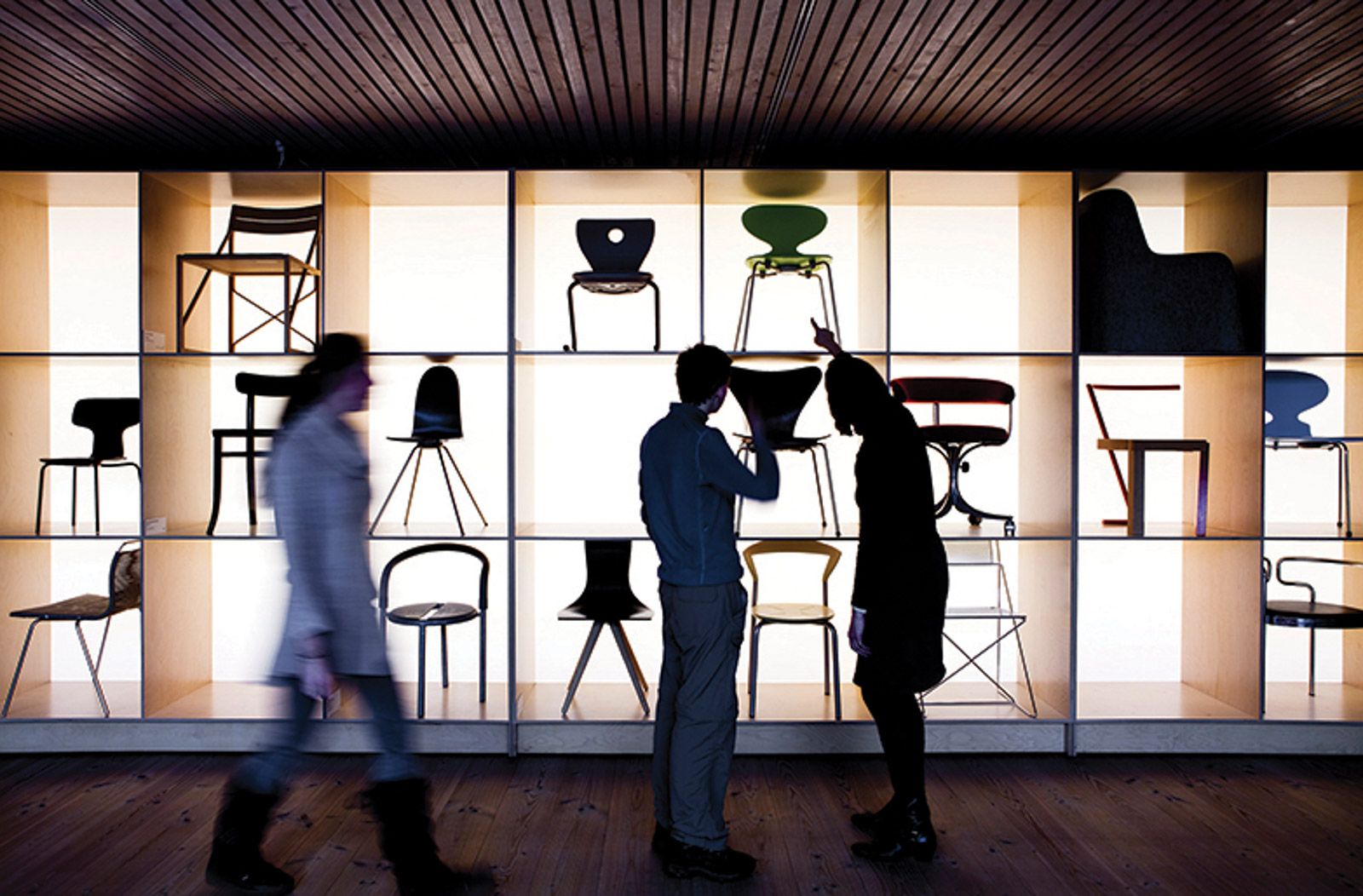 Visitors to Denmark’s Trapholt Museum. Its director sees no reason why a “coronapas” should be compulsory for museums but not for supermarkets © Søren Gammelmark

In Israel, where almost 60% of the population had been vaccinated by mid-April, the “green pass” smartphone app certifies that a person is vaccinated or has recovered from the coronavirus. It is a requirement for entry into hotels, restaurants, gyms, sports venues, theatres and cinemas, but it is not necessary for general admission to museums.

Many of those not yet vaccinated in Israel are children, for whom no vaccine is currently avail-able. Tania Coen-Uzzielli, the director of the Tel Aviv Museum of Art, says she would strongly oppose the green pass in the museums sector “because we want to encourage children and young people to visit”.

The Tel Aviv museum reopened to the public on 23 February. “We are very much restricted on the number of people, and we are not allowing more than 3,000 people into the museum in a day,” Coen-Uzzielli says. Tickets are available online only.

Green passes must, however, be shown at the museum’s event spaces with fixed seating; concerts and lectures are therefore only open to adults. “No one has questioned the policy,” Coen-Uzzielli says.

Visitors to the museum restaurant must also have the pass if they want to sit inside, although there is a large outdoor seating area. Checking the app is quick and easy, according to Coen-Uzzielli. “It feels great,” she says. “It feels almost back to normal; people are drinking coffee in the streets and our sculpture garden is full of people walking. There is a sense of relief.”

• For more on the pros and cons of vaccine passports for museums, listen to our podcast The Week in Art