Passion, romance, eroticism: these are words that Arne Glimcher, the founder of Pace Gallery, uses for the dark-coloured paintings of Mark Rothko. He has fulfilled his long-time wish of putting on an exhibition of such works with Rothko: Dark Palette, which opened this week at Pace’s 25th Street space in New York (until 7 January 2017). The show features 22 paintings from 1955 to the 1960s of various sizes and media, including an imposing 15ft-wide oil on canvas from the Seagram Murals commission, Mural, Section 6 (Untitled) (1959). “It’s quite marvellous, because you give the show its time and the paintings unfold slowly and you see the depths of these pictures,” Glimcher says. “Time is an ingredient in these paintings just as much as the pigment.”

Time was a key ingredient in the staging of the non-selling exhibition as well, with nearly five years of work to coordinate and secure loans from museums such as the National Gallery of Art in Washington, DC and private collections. “There were some museums that wouldn’t lend the work, because they had one Rothko and that Rothko was something people came to see,” Glimcher explains. In the end, the Rothko family lent works from their own private collections to museums so that Pace could have the specific paintings they were seeking for the show. Rothko’s children also lent works to the gallery show. 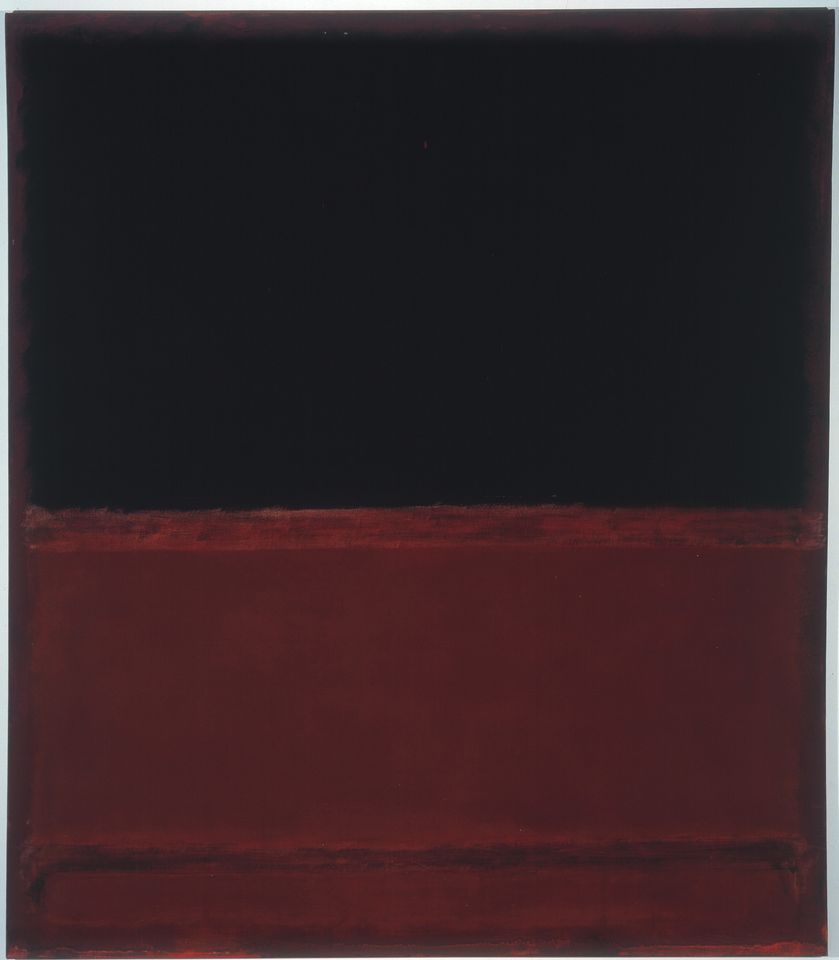 The exhibition is personal for Glimcher, who became friends with Rothko after an introduction by the artist Louise Nevelson in the mid-1960s, when he was living across the street from Rothko’s East 69th Street studio. “Maybe once a month I would stop in and we would have a drink together and talk—and I listened more than I talked,” Glimcher recalls. “He was very sage and very literate and extraordinary, one of those awesome people who occupies more space than his physical dimensions, and quite generous with his ideas and conversation.” Glimcher says that he thinks his relationship with the artist did help him select works for Rothko: Dark Palette, but that he also had moments of sadness thinking about his late friend while hanging the exhibition. (The gallery has represented the artist’s estate since 1978.)

A memory of one particular visit to Rothko’s studio certainly informed the show. Glimcher was “awestruck” by a painting in dark burgundy, blue and black, which Rothko said a collector had turned down, wanting a more cheerful work in bright yellows, oranges and reds. (Rothko would choose a work himself for a collector, and refuse to sell him or her another one instead.) Rothko replied: “Aren’t those the colours of an inferno?”

Glimcher, who himself prefers Rothko’s dark works, says: “I’ve heard people say Rothko is like a sunny day—but a dark Rothko might be like a fabulous night.”