Citing the discovery of animal skulls and horns, researchers suggest that mustatils may have had a religious purpose 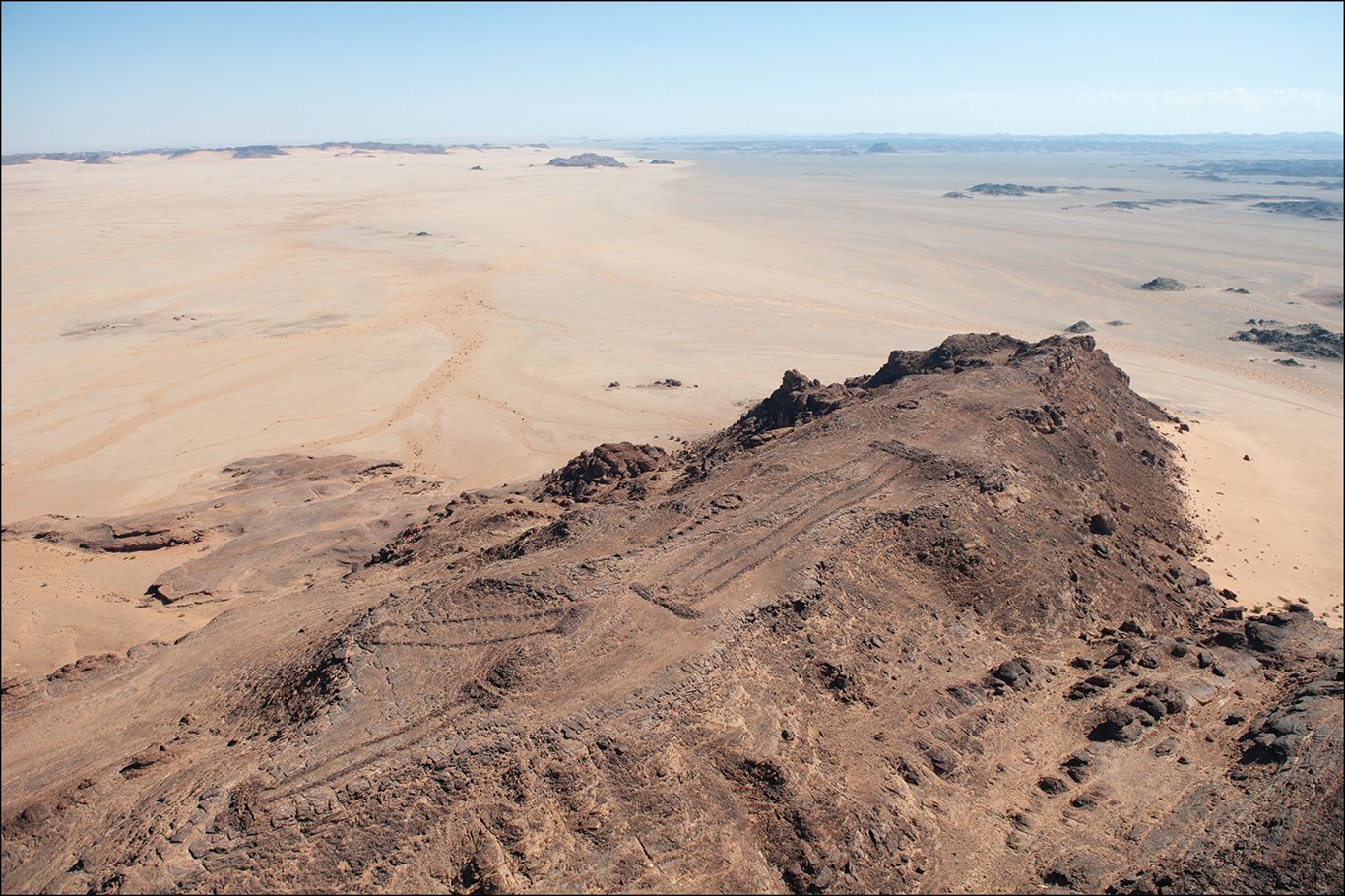 In one of the earliest known widespread traditions of monument-making, the enigmatic stone structures known as mustatils found across northwestern Saudi Arabia originated around 7,000 years ago–well before the advent of pyramids in Egypt or stone circles in the UK, researchers report in the journal Antiquity. These monuments are older and more architecturally complex than originally thought and appear to have had a religious function.

“What excites me most about these structures is their size and widespread distribution, and the fact that they are almost identical in terms of form,” says Melissa A. Kennedy, an archaeologist from the University of Western Australia who is assistant director of the research project. “This suggests a common religious belief may have been held over a huge part of northwest Arabia during the Late Neolithic, a feature that is so far unparalleled anywhere in the world.”

The stone mustatils–Arabic for rectangles–consist of a long rectangular courtyard with platforms at each end. The longest one stretches over 600m in length, and the shortest only 20m. To investigate these mysterious structures over a 200,000 sq. km area, the team used a combination of remote sensing such as satellite imagery, helicopter and ground surveys, and excavation. “We have, so far, documented more than 1,000 of these structures, more than doubling the previously known number of examples,” Kennedy says. 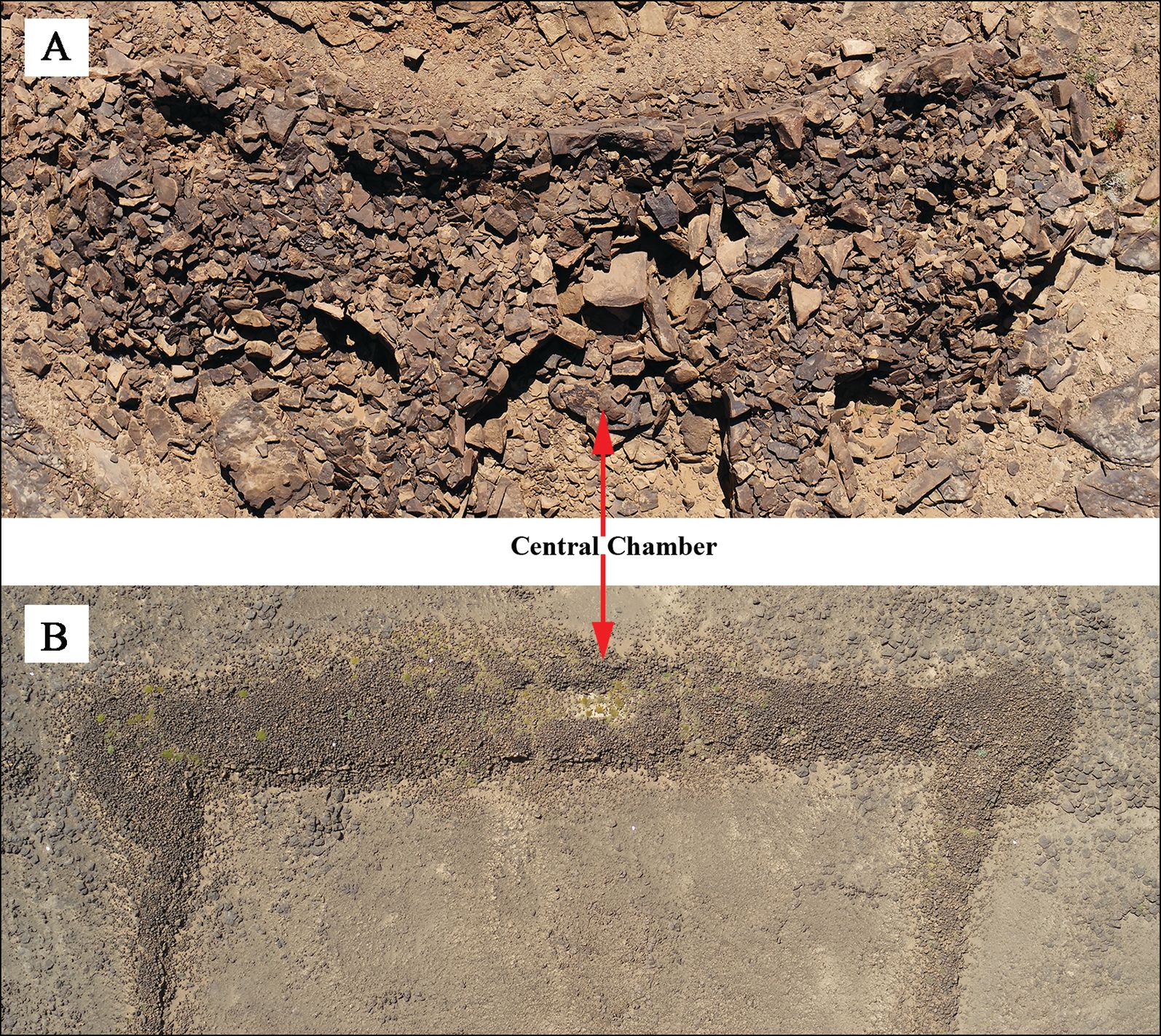 Top, a section of a mustatil with the central chamber marked; and a broader outline of the structure AAKSA and Royal Commission for AIUla

Among other discoveries, the team found narrow entranceways leading into the mustatils’ courtyards and circular stone cells, some of which contained undecorated standing stones. Excavations at one mustatil unearthed horns and skull fragments from cattle, sheep, goats and gazelle, placed around a standing stone, seemingly as ritual offerings. These were radiocarbon-dated to 5300-5000BC, which makes them roughly 2,000 years older or more than the Egyptian pyramids or monuments like Stonehenge in southern England.

“We think people created these structures for ritual purposes in the Neolithic, which involved offering sacrifices of wild and domestic animals to an unknown deity/deities,” says Hugh Thomas, an archaeologist from the University of Western Australia who is the director of the project. “Due to the monumental size of some of these buildings, this would have required considerable effort, so it is highly likely that larger communities or groups of people came together to build them. This suggests significant social organisation and a common goal or belief.”

Kennedy says that numerous questions remain. “One of the main ones is, why were these structures built, and who or what were the deities worshipped or revered in these structures?” she adds. “We may never know for sure, but it is an exciting avenue of research.”