But return of the objects permanently to Namibia is not the immediate goal, says Hermann Parzinger, president of the Prussian Cultural Heritage Foundation 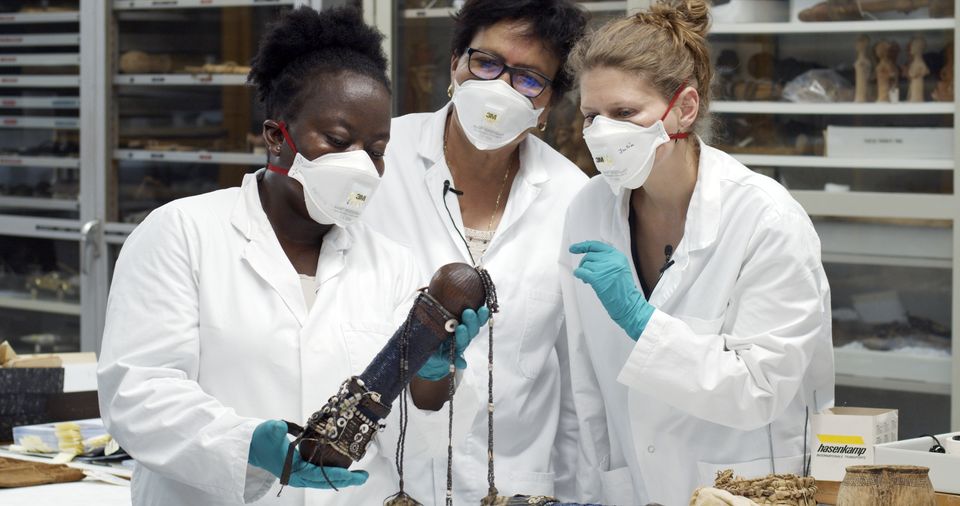 Researchers examining a work in the depot of the Ethnological Museum Berlin © Moritz Fehr, 2019

When Golda Ha-Eiros, a Namibian curator, encountered an elaborately decorated tortoise-shell and a leather bag adorned with buttons in the depot of Berlin’s Ethnological Museum, she did not know what it was. But she had seen one before—in a glass case in her grandmother’s home.

She exchanged What’s App messages with her cousin, who acted as a go-between with her grandmother to help identify the object. It is known as a !Uros in her language. Women of the #Nu-Khoen people stored perfume in the tortoise-shell, and used the bag to collect dried roots and stems to grind into powder to create the scent.

“It took quite a few messages back and forth over a few days,” Ha-Eiros said at a press conference in Berlin this week. 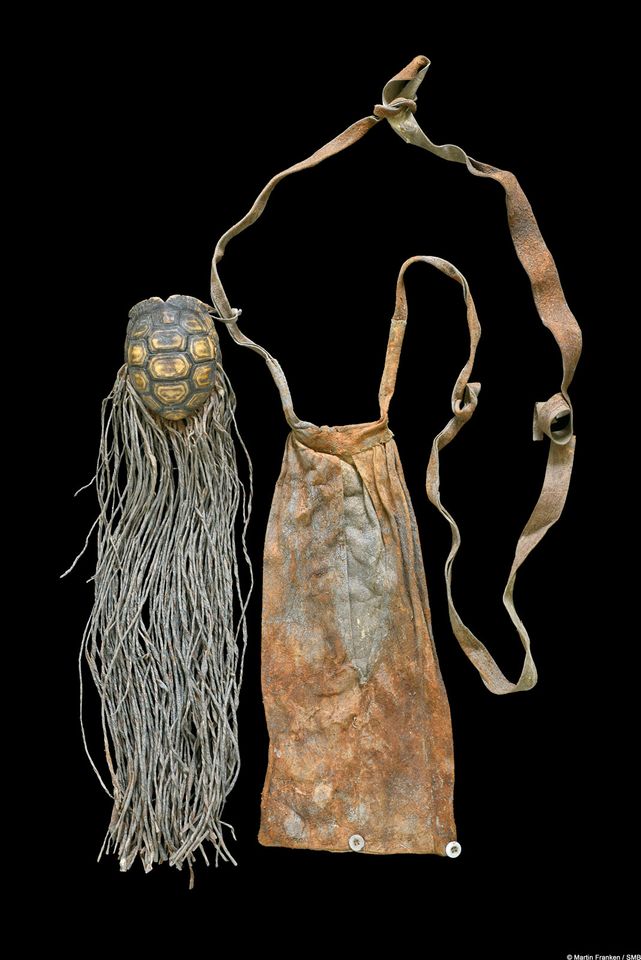 She is a member of a Namibian-German team working on a project funded to the tune of €400,000 by the Gerda Henkel Foundation to research Namibian objects in Berlin’s museum collections. The tortoise-shell !Uros is one of 23 objects the team has decided to return to Windhoek for three years for closer examination in their country of origin.

“We believe that these objects can only really be defined by the people who used them,” Ha-Eiros said. Research into artefacts such as a doll made by Queen Olugonda of Ondonga for the daughter of a Finnish missionary in about 1900, or a brass dagger and sheath, is “unblocking a portal to the past,” she said.

The project, called Confronting Colonial Pasts, Envisioning Creative Futures, has brought several Namibian museum experts to Berlin since the beginning of this year. Many of the 1400 Namibian objects in Berlin’s collection were brought home by Germans during the colonial period—in some cases, in the context of the genocide against the Herero and Nama people between 1904 and 1908.

“About 50% were collected by the colonial army,” says Larissa Förster, a scientific advisor to the project. “This points to the violence that was involved—and the collecting institutions were complicit in this violence.”

The project combines the cultural expertise of Namibian curators with German provenance research and funding. The aim is to “shift the authority of interpretation from Germany to Namibia,” Förster says, in part by supporting the infrastructure for research in Namibia.

Repatriating the objects permanently to Namibia is not the immediate goal, said Hermann Parzinger, the president of the Prussian Cultural Heritage Foundation, which oversees Berlin’s museums. “We would be happy if they go back to Namibia, but this has to be taken step by step.” He added that he sees the project as a trail-blazer for future cooperation with other groups and nations.

Michael Hanssler, the president of the Gerda Henkel Foundation, went a step further. “Loans from German museums to Namibian institutions can only be a first step,” he said. “The speedy, permanent restitution of objects stolen or acquired under dubious circumstances must be the final goal.”

An association of NGOs campaigning for justice for the victims of genocide said it welcomed the “pioneering cooperation project” but urged the permanent repatriation of Namibian artefacts in Berlin museums. The group, which includes the NGO Berlin Post-Colonial, said the “pseudo-generosity” of the loan “once again injures the dignity of the descendants of societies that were spoliated and almost extinguished.”