Bonaparte comes to Brooklyn: Napoleonic paintings by Kehinde Wiley and Jacques-Louis David to be united

Both works will first be shown at Château de Malmaison, former residence of Emperor of the French before travelling to the Brooklyn Museum 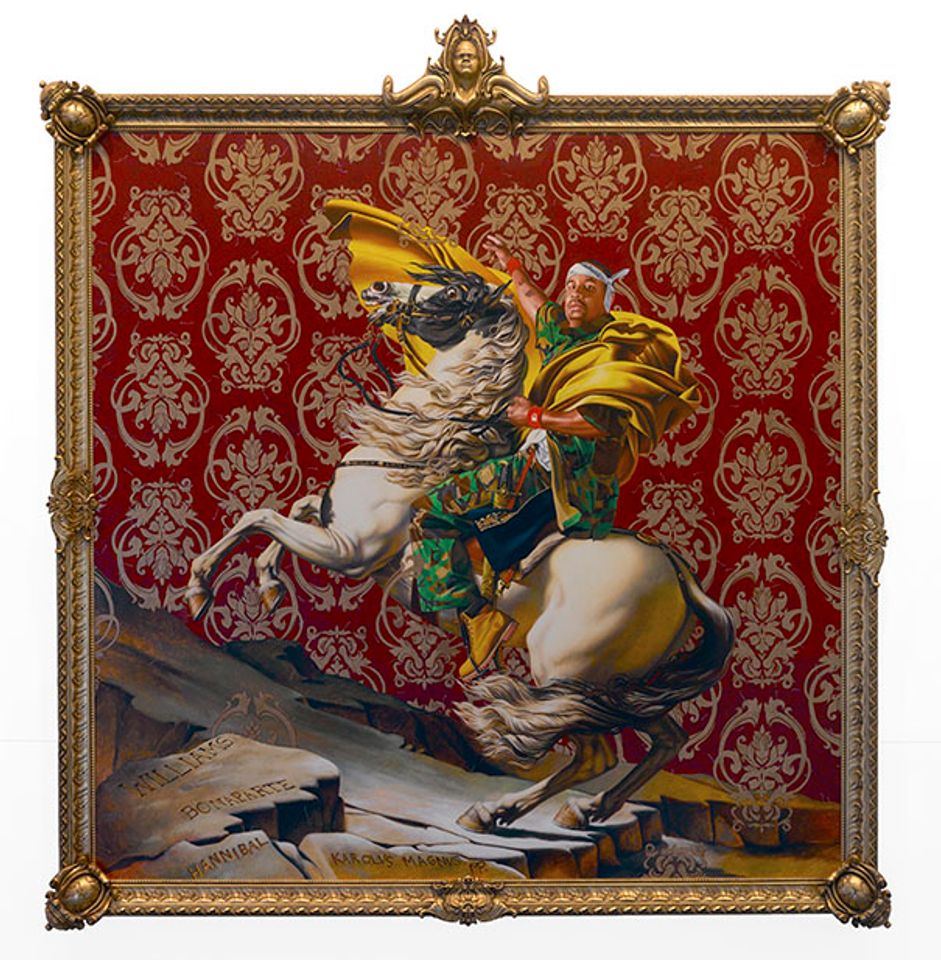 Jacques-Louis David’s celebrated 19th-century portrait of Napoleon on horseback will be shown alongside the US artist Kehinde Wiley’s dramatic homage to David’s painting for the first time this autumn. Both works go on show at Château de Malmaison in western Paris this autumn (9 October-6 January 2020), formerly Napoleon Bonaparte’s private estate, and will travel to the Brooklyn Museum in New York (24 January-10 May 2020).

David’s portrait, entitled First Consul, crossing the Alps at Great St. Bernard Pass, was commissioned by the King of Spain, Charles IV, in 1800. It reflects Napoleon’s victory over Austrian forces in June 1800 at the Battle of Marengo in Piedmont, reinforcing his grip on power across his European empire. There are five versions of the painting by David, the first of which is housed at Château de Malmaison which was bought in 1799 by Napoleon’s wife Joséphine.

In his 2005 painting, Napoleon leading the Army over the Alps, Wiley has replaced the figure of Napoleon with a black man wearing a bandana and Timberland boots. The work, which is owned by the Brooklyn Museum, belongs to a series of portraits inspired by the history of equestrian portraiture entitled Rumors of War. 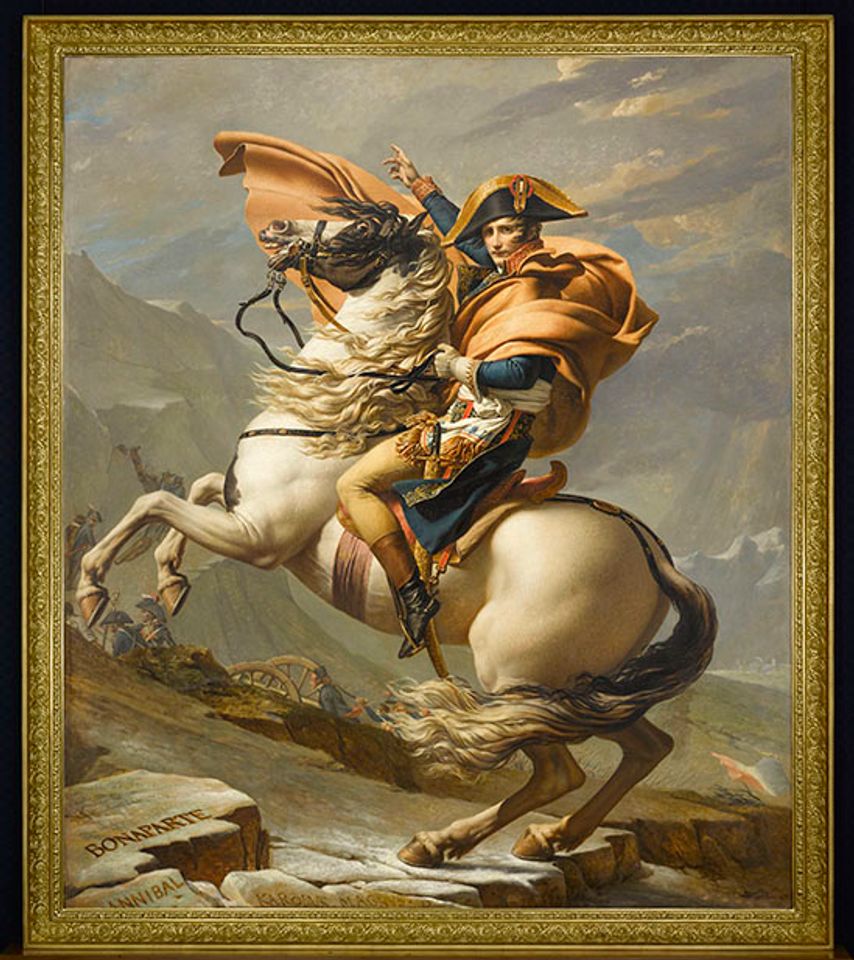 Wiley tells The Art Newspaper that “art has been the witness to power, whether it’s church or the state. The issue [of power] is tricky and bolder today, it’s vulgar. It is about focusing on truth and reconciliation, and balancing the past and the present in some strange way.” Wiley’s portrait of President Barack Obama, unveiled last year, is credited with boosting visitor figures at the National Portrait Gallery in Washington DC.

The artist was speaking at a launch of a show of 14 new works at Galerie Templon in Paris which focus on Tahiti’s Mahu community (Tahiti, until 20 July), the traditional Polynesian classification of people of a third gender. The images and an accompanying video installation throw light on the striking transgender women, sparking debate about their place in Tahitian society and issues such as sexual objectification.

“I am celebrating their [the Mahu women] presence in the paintings,” Wiley says. “I’m nervous also. I’m moving in a direction that makes me feel uncomfortable. I’m obsessed with the history of painting and France is the seat of power when it comes to grand painting.”

The exhibition also brings to mind France’s colonial legacy—Tahiti in the South Pacific became a French colony in 1880 and gained “overseas country” status in 2004—and artist Paul Gauguin’s controversial 19th-century depictions of pubescent Polynesian women. “Gauguin is the elephant in the room. He is important. I wanted to [both] honour and disrespect him,” Wiley says, adding that he hopes the works will one day be shown in a museum in Tahiti. “We will have to figure this out somehow,” he says