Refurbishment, to be partly completed for the museum's 200th anniversary in 2024, will encompass the lobby of the Sainsbury Wing, a new research centre and improved outdoor space London’s National Gallery is embarking on a £25m-£30m project to upgrade its building, to be partly completed in early 2024 to celebrate its 200th anniversary. There will be three key elements: upgrading the lobby of the Sainsbury Wing, creating a new research centre and improving outdoor space on the edge of Trafalgar Square.

Gabriele Finaldi, the gallery’s director, is convinced that it is the right time to launch the project, “since we are beginning to see the end of Covid-19”. Although it may take five years to get visitor numbers back to their normal level of around six million people a year, he believes that tourists will begin to return. London “will always be an attractive destination—and we want to be part of the recovery”.

When the Sainsbury Wing opened in 1991 it was anticipated there would be three million visitors to the gallery, so it was never intended to handle twice this number. Although the wing as a whole is a Post-Modernism masterpiece, the project briefing paper admits that the present foyer is “uninviting, underwhelming and confusing”. 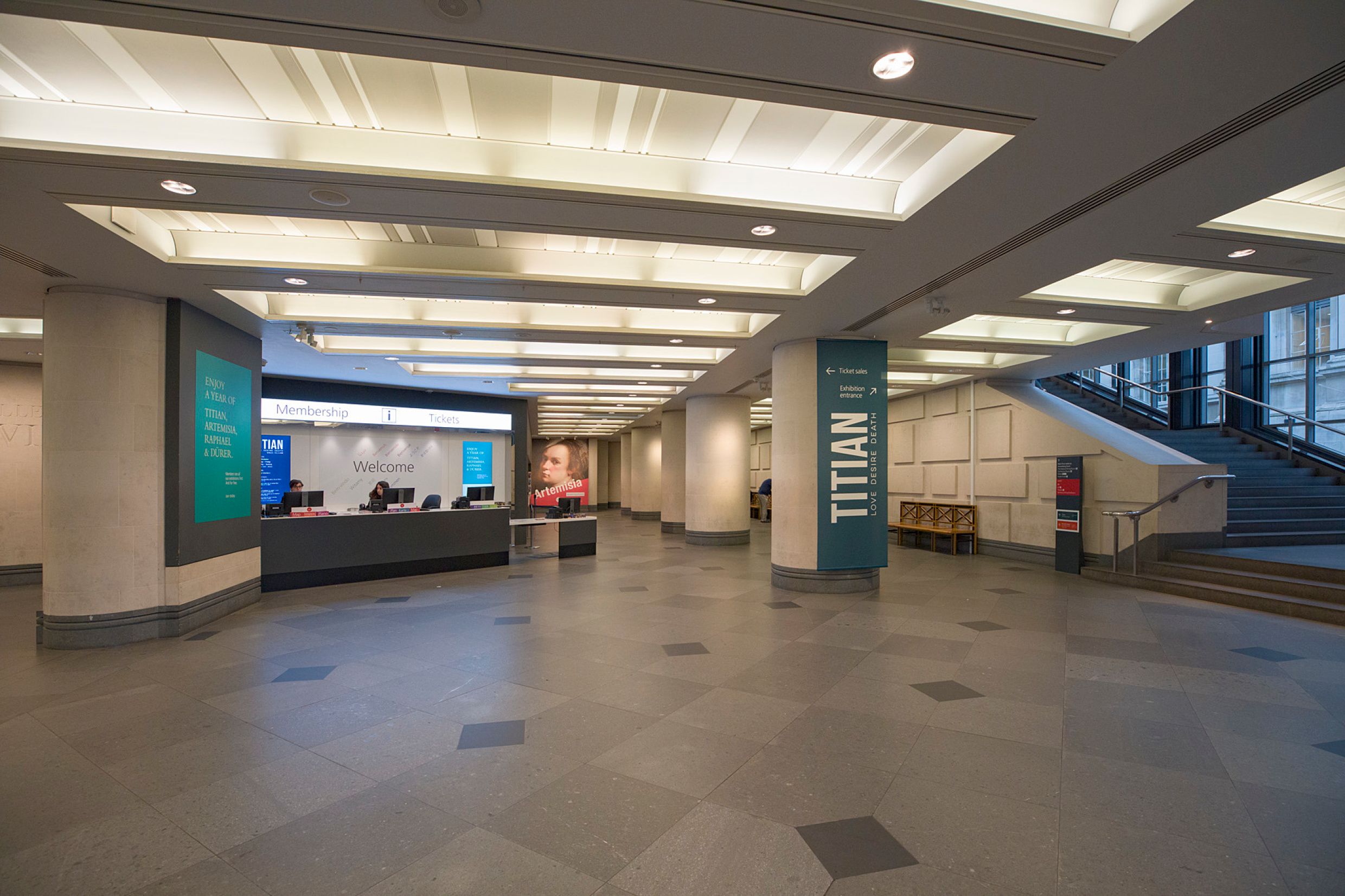 “Uninviting, underwhelming and confusing”: the foyer in the Sainsbury's Wing will be updated © National Gallery, London

Designed by Robert Venturi and Denise Scott Brown, the Sainsbury Wing is now Grade I-listed, which will severely limit what can be done. Nevertheless, it should be possible to reconfigure a more spacious foyer in what is now a cramped space, by using some or all of the present shop. It is also hoped that a redesigned shop and restaurant will prove more profitable, bringing much-needed income after the pandemic.

The second element is a new research centre with greater public access than the existing library. This will be installed in the 1838 Wilkins building, probably on the lower level, near where it meets the Sainsbury Wing.

The final aspect will be to improve the “public realm” just outside the Sainsbury Wing. This land, several metres wide along the frontage and also the passage between the wing and the Wilkins building, is owned by the gallery and does not form part of Westminster Council’s Trafalgar Square. 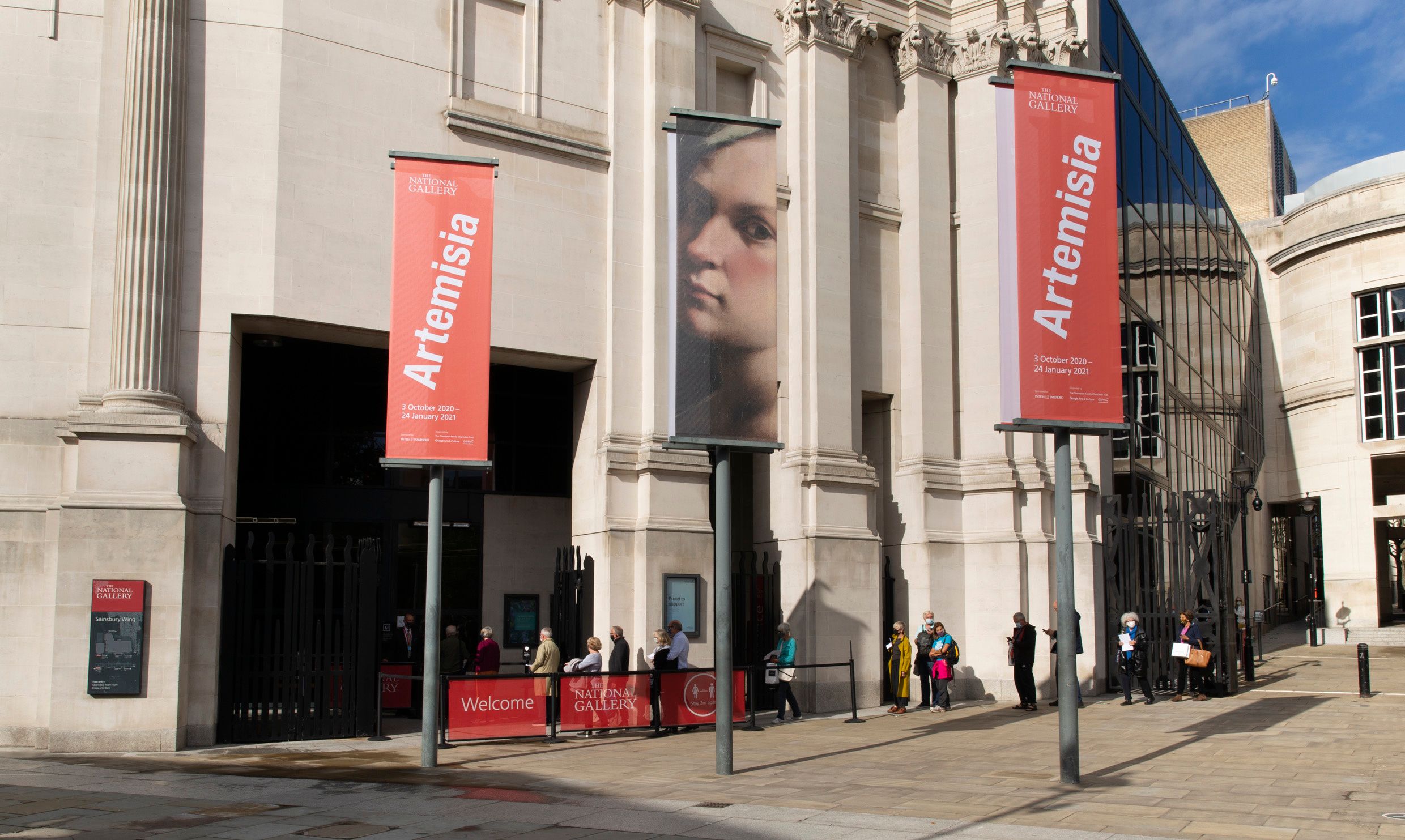 The briefing paper notes that “exposure to terrorist attack” is an increasing concern, since the gallery (close to the South African and Canadian diplomatic missions) is located in “a high-risk target zone”. With the necessity for security checks for the gallery, there needs to be a better queuing system.

The first task for what is dubbed the NG200 project will be to select a design team, led by an architectural firm. An invitation for expressions of interest is being launched today. A shortlist of up to five teams will then be asked to submit details of their approach. The winner is due to be selected in July. Planning permission will be required and building work might start next year.

The work will be phased over five years, with the refurbishment of the Sainsbury Wing lobby (and some upgrading of the first floor facilities) completed by May 2024, for the anniversary. During work the temporary exhibition galleries in the basement are expected to close for a period, with exhibitions to be held in the Wilkins building. The upper floor galleries with the Renaissance permanent collection paintings are likely to remain only partially open.

A fundraising campaign is about to be launched. The American Friends of the National Gallery, originally established with money from Paul Getty, may contribute. Since the Sainsbury family funded the original building, they too may be approached.

Finaldi says that “the next five years will see us fighting our way of the crisis—building on our strengths”.