The Finding of Moses, currently on loan at the London museum, is owned by sofa-billionaire Graham Kirkham 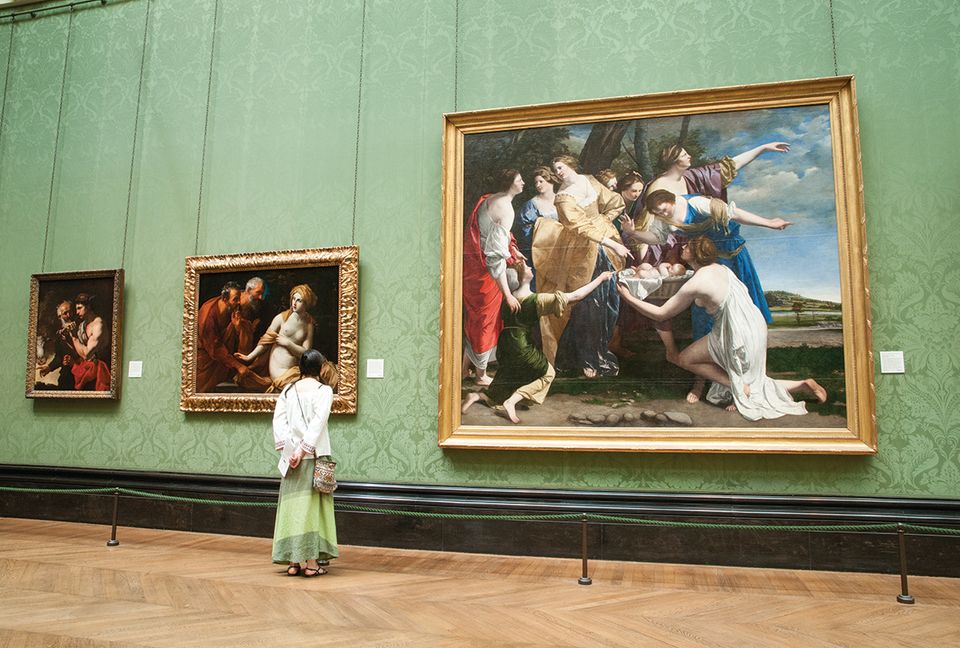 Orazio Gentileschi's The Finding of Moses (right) has been on loan to the National Gallery in London since 2002 alex segre; shutterstock

Orazio Gentileschi’s late masterpiece The Finding of Moses is likely to be acquired by London’s National Gallery, The Art Newspaper can report. It is currently on loan there, from an anonymous private collector, who is understood to be Graham Kirkham, the founder of the DFS sofa company.

Kirkham, aged 74, is now selling part of his collection. Unnamed by Sotheby’s, he sold five Old Master works by Liss, Ribera, Wtewael, Gainsborough and Liotard which fetched £26m at auction on 3 July. According to the latest Sunday Times Rich List, he is worth £1.15bn, although his recent business venture, Fabb Sofas, is under administration.

Gentileschi’s The Finding of Moses (early 1630s) had been sold in 1995 from Castle Howard, the Yorkshire mansion of the Howard family. At the Sotheby’s auction, when it was bought by Kirkham, the picture went for £5m, then a very large sum. Just before the sale there were reports that the National Gallery in London had been unsuccessfully negotiating to buy the painting.

Kirkham initially lent The Finding of Moses to the National Galleries of Scotland and then to the J. Paul Getty Museum in Los Angeles. In 2002 it was offered on long-term loan to the National Gallery in London, where it remains to this day. Last year it was temporarily shown in the Royal Academy of Arts exhibition on Charles I.

A National Gallery spokesman would not discuss suggestions that it is now negotiating to buy The Finding of Moses, saying that “we never comment on works of art that we may, or may not, be interested in acquiring”.

Gentileschi’s Danae, a smaller (but nevertheless important) painting, fetched a record $30m when it sold at Sotheby’s three years ago. This suggests that The Finding of Moses, a very large work, 3m-wide, could be worth several tens of millions of pounds.

The National Gallery has access to funds from its American Friends, which mainly came from the J. Paul Getty endowment, and it is also likely to be approaching the Art Fund, a charity which helps public collections with acquisitions. Fundraising will prove a challenge, although it is possible that there could be tax advantages on a sale to a public gallery which might reduce the price.

If the Gentileschi sale goes ahead it is likely to be the most valuable UK museum acquisition since the purchase of two Titian paintings of the goddess Diana bought jointly by the National Gallery and National Galleries of Scotland a decade ago.

The Finding of Moses, depicting the discovery of the infant in a basket by the Pharoah’s daughter, is a late work by Orazio Gentileschi (1563–1639), an Italian follower of Caravaggio, whom he knew in Rome. The Baroque painting has a distinguished provenance. In 1626 Gentileschi moved to London to work for the King's first minister, the Duke of Buckingham (the artist was accompanied by his daughter Artemisia, now one of the most sought after female Old Masters). The Finding of Moses was then commissioned by Charles I for his wife, Queen Henrietta Maria, to celebrate the birth of their son, the future Charles II. She hung it in the Great Hall of the Queen’s House in Greenwich.

With the fall of the monarchy, the painting passed out of the royal collection, but it was returned to Henrietta Maria in 1660 and taken to France, later going to Philippe I, the duc d’Orléans. The Finding of Moses was eventually sold (as a Velázquez) at the Orléans sale in London in 1798, when it was bought for Castle Howard, where it remained for nearly 200 years.

The Finding of Moses was the subject of a special exhibition in 1999 at the National Gallery, organised by Gabriele Finaldi, then a curator (and since 2015 the director). Between serving in these two posts, he was the deputy director of the Museo del Prado in Madrid, which owns a slightly later version of the painting by Gentilischi, which had been presented to Philip IV. It therefore comes as no surprise that Finaldi is now playing a key role in the National Gallery’s impending acquisition.