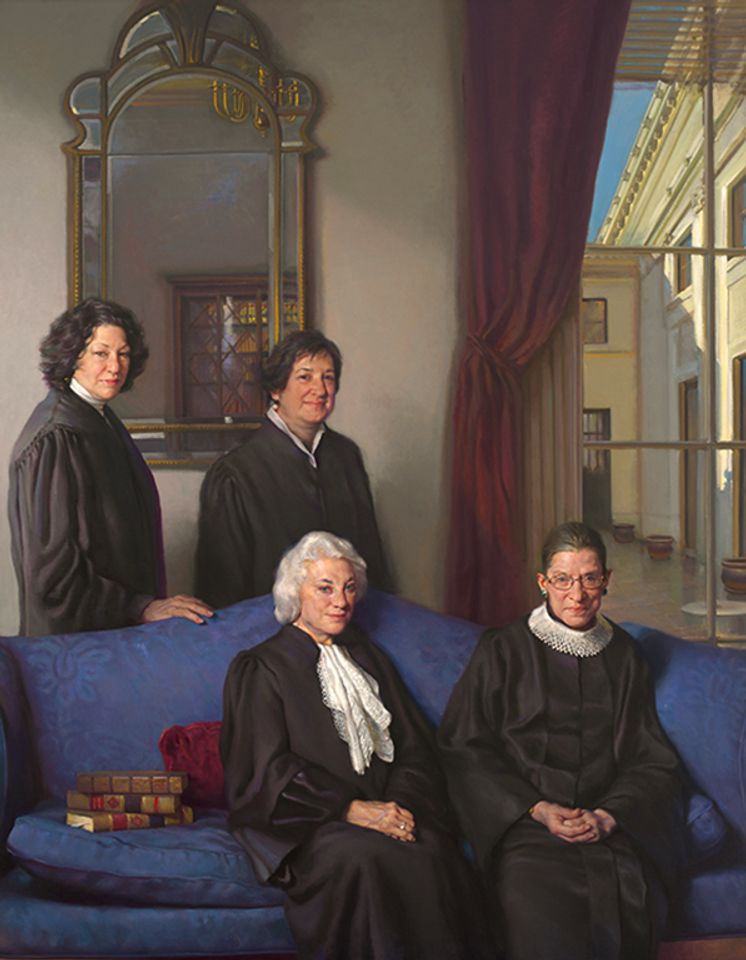 Beginning in 1995, the Cummings conferred with their friend D. Dodge Thompson, now director of exhibitions at the National Gallery of Art, while commissioning or purchasing over two dozen portraits of nationally and internationally prominent individuals. The collection includes likenesses of Warren Buffett (which is part of the gift), the Dalai Lama, Denyce Graves, Nelson Mandela, Mstislav Rostropovich (gifted), Al Gore (gifted), Gabriel García Márquez and Toni Morrison (gifted), among others, by artists such as Jack Beal, Close, McCurdy, Richard Estes, Alex Katz and Nelson Shanks. The gift and the show also include Shanks’s preparatory oil studies of the Supreme Court justices Sandra Day O’Connor, Elena Kagan, Sonia Sotomayor and Ruth Bader Ginsberg, culminating in the 2012 group portrait The Four Justices.

“They all sat for their portraits,” said Brandon Brame Fortune, chief curator at the National Portrait Gallery said of the subjects. “That’s what so wonderful about this collection.”

“Sometimes the artists had to travel great distances,” she added, as when McCurdy went to South Africa in 2009 to capture Nelson Mandela’s likeness.

The couple “wanted to commission and collect portraits of people who would still be well known a century from now”, the curator adds. “That was their guiding principle.”